Apologies if this is redundant, searching for lo-poly on the forum gives me pages and pages of specific results

I’m looking for GENERAL information. I’ve got a decent amount of experience working in a Hi-poly environment, especially an organic one. I want to know how the rules of thumb change in a low-poly environment. And of course I know that these are only general rules, so I know it’s OK to break them sometimes.

The general rules I follow are: (especially for organic modelling)

I want to know how lo-poly modelling changes these general rules, especially since triangles are now OK. Does that mean I can use triangles whenever I want to or is there a way to be smart with them? Ngons are still totally off-limits, aren’t they? And #4, I’m not sure it’s ever as important as I’ve made it, but I’ve seen game models disregard it completely. They’ll put multiple objects in a single mesh and have faces collide and yet the results still look nice.

I know with lo-poly modelling there’s a healthy amount of “it depends” but the workflow should still follow some general rules and patterns. For example: (if you want to reduce your polycount, try…) or (if the character is important, polys don’t matter so you can do it “like normal”) or something.

If specific information is needed, assume the game engine is Blender, Unity, or Unreal, with a multi-platform goal (PC, console, and tablet) because I think that’s what most indie developers are doing.

Apologies if this is a stupid thing to ask for, but having these guidelines has helped me to make clean, efficient meshes. So if there are any similar guidelines in lo-poly meshing, I want to have them around to help me.

Oh, and thanks in advance, everybody!

“I want to know how lo-poly modelling changes these general rules, especially since triangles are now OK. Does that mean I can use triangles whenever I want to or is there a way to be smart with them? Ngons are still totally off-limits, aren’t they? And #4, I’m not sure it’s ever as important as I’ve made it, but I’ve seen game models disregard it completely. They’ll put multiple objects in a single mesh and have faces collide and yet the results still look nice.”

Game engines works with triangulated models; at creation stage you could use whatever you want. Output could be triangulated as your wish.

Some tips and limits you have to keep in mind:

Another thing: keep in mind if your asset will be used as ‘main’ asset or as ‘prop’ asset, also the environment (mobile stuff requires less polygons than a desktop low-poly asset).

Thanks! I’ve heard about that 3D coordinate thing, I was gonna use Xnormal to do the bakes and then fix them in GIMP if necesary.

I guess my initial hunch was right – it’s basically the same as long as you know how to “break the rules.” I’m still not entirely clear, it’s OK to have faces intersect? For example, two crossbars being simple rectangular prisms, instead of ‘stitching’ them together with edge loops? Or say you have a detailed section and a flat wall-- It’s OK to make that wall a single quad and just make it look like it’s connected to the rest? Instead of adding extra verts to make them continuous? I’ve always been afraid to leave “holes” in my meshes, or have parts overlap/intersect because that can’t happen in reality.

Maybe I’m being overcautious! I’m just gonna try some things out! Maybe it’s something I can only learn by doing. I’m still hoping you guys can help me avoid some of the more obvious mistakes!

And for those who are interested, I am thinking about doing something in Unity, for fun (like games should be!), but who knows? If it’s good I’ll release it on Kongregate and see what happens. I wanted to keep this forum thread general so that anyone can use it as a quick reference how-to. But I think it’s safe to assume everyone is using either Blender Game Engine, Unity, or Unreal. And I’m guessing everybody probably aims for multi-platform support, these days. For my part, Kongregate allows a max of 50MB, so I can’t go too far with the detail.

the way I understand it when dealing with modelling for game engines: 3 basic considerations, modelling, texturing and animation.

Single mesh object- overlapping faces are bad, z-fighting due to 2 textures sharing the same space, but depending on your game engine you can have decal textures and deferred decal textured(no mesh, game engine generated surface) overlapping/sharing the same world space, this way you can use tiling textures and have your normal mapped and complicated single texture areas placed on them, you can set these manually or use a second UV-map layer, dependent on game engine, re links below for a better explanation.
Note the difference between tri count and vertices count and how Uv mapping etc plays a role. 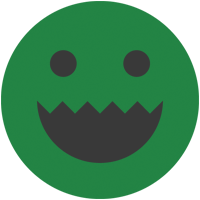 I keep hearing around about the decal technique from Star Citizen but I can't find any solid info about it. Can somebody explain what is it?