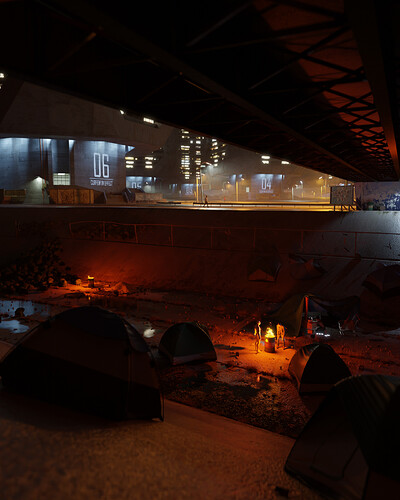 Just a little image I’m working on. Any tips to make the garbage bags sit better? I’m using geometry nodes on a custom mesh shape but there is lots of clipping between objects right now.

BTW the spheres are just a quick layout for tents. What do you feel about the new lighting? 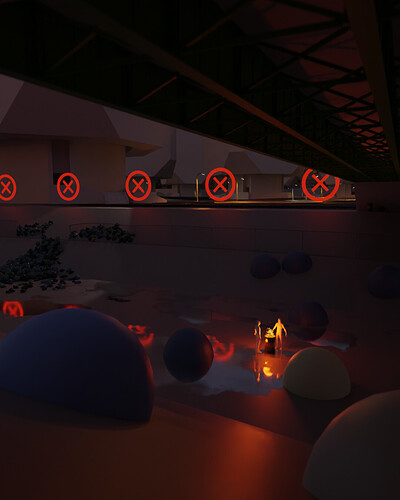 Another update. It’s getting there. 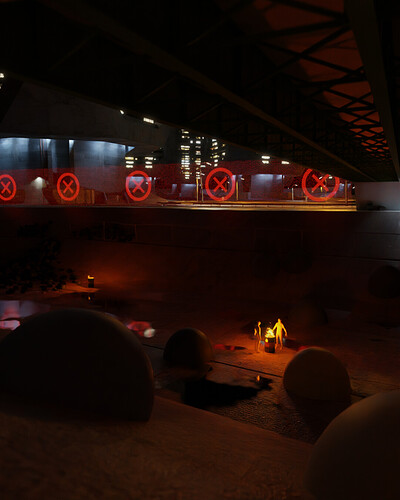 Ok I got rid of the signage and will think of something better to put. Adding a cube with just a really low volume scatter really adds to the photorealism. Also this is a low sample render of 100 with denoise. 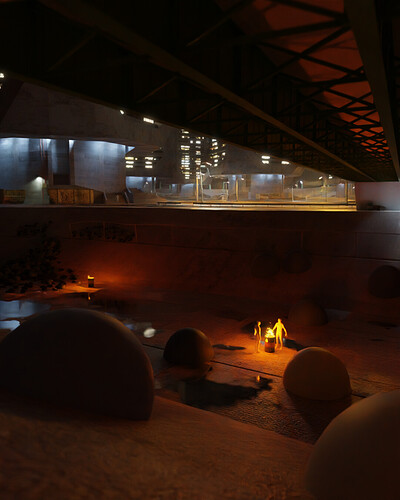 Latest update. Making the tent was a pain. I used cloth sim with pinning to get an accurate look. Still need to add a door and window texture. I think I’ll need to bring it in substance painter for that. I’ll also need to sim another tent or maybe two just do they are no the same tent duplicated. 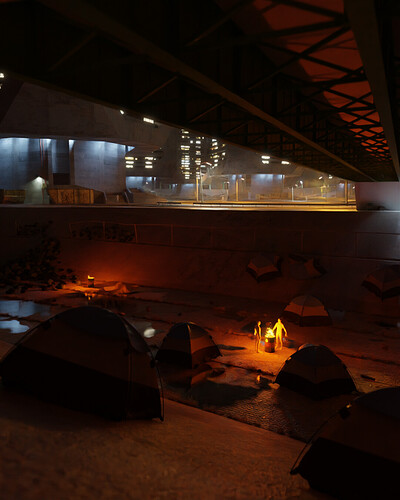 Nice work in general.
Although the red ‘X’ barrier of sorts emphasizes the idea of being Locked out, I think the render looks better without them; so I agree with you on getting rid of the signage, just dont replace it with anything else like in the post I’ve replied to. It looks good that way.

I suggest making the Trashcan fire a bit dimmer, and give the people around it some poses first. And also make the city background dimmer, might emphasize the fire. Great work anyhow

Yeah I really need to get some more real people in there. I’m just stuck doing details all over the place. I am aiming for realism and keep getting distracted by the details.

Here is a new render. I think adding the building numbers satisfies my urge to have some kind of projection in the shot.

I’m not sure if dimming the lights would look good as I tried making them physically accurate, but I will experiment. 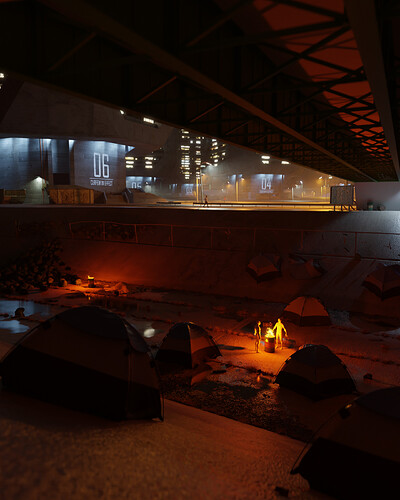 Here is the latest and a rough sketch of what I want for the rest of the image and then I’ll call it finished. 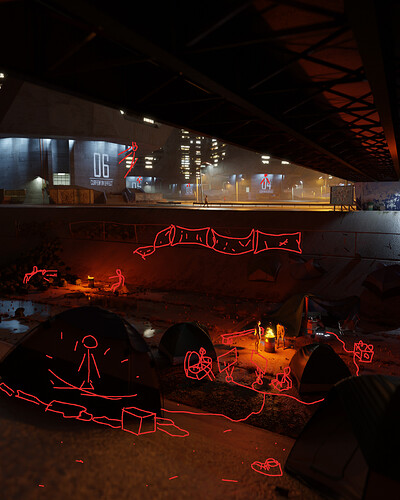