Any thoughts as to how to go about making a material like this? http://www.digitallifeplus.com/23183/the-gadget-what-you-wanted-all-your-life-sic-an-electronic-lollipop/ It is not of great importance, just had an idea for the WC.

Down on that page i run into two guys campaign of making water into wine…electronically, controlled by iphone app…
If this does look a bit for a starter… but there will be more advanced suggestions i hope ;). 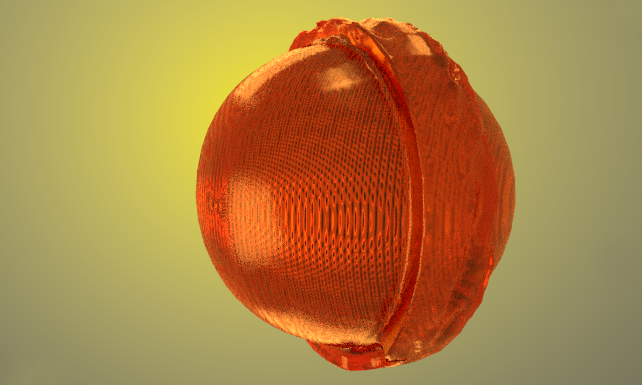 Edit: really, transparency squares shouldn’t be there. No idea where they came from.

yours looks pretty good compared to my attempts so far, but I have also encountered some weird shading artifacts. it looks a bit like a moir pattern.

As i said - quick’n dirty. There are two spheres - internal is giving this moir since it has wave texture displacement and it is too even likely.
Internal is Glossy, external - Glass and Translucent mix, also patterned by wave texture. But i doubt it could give these squares i now clearly see.

that looks really good. thanks man. I will use this setup and maybe on some other stuff as well.