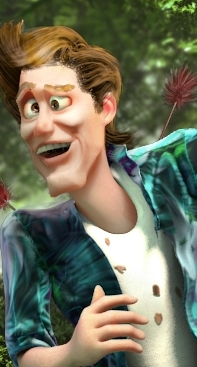 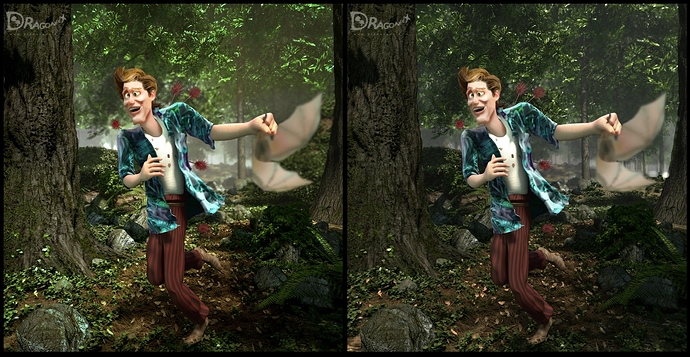 Wow, both look awesome, mr jim for shure!, I like more the one on the left, great job!

The lighting on the left one seems better.

Draguu, you’ve done it again. I love it! My favorite comedy movie.

the lightning and color variation is better on the left, also on the left the composition is clearer, because of the color contrast

The bat looks like it’s painted in because the blurring of it doesn’t make sense to me. It’s not out of focus or moving too fast. So why is it so blurry?
It doesn’t seem to match the lighting of the overall image either to be honest.

Everything else is very nice though. As for which image it’s just a matter of taste but I prefer the left one.

Good work. Not too happy with the bat though, why so blurry?
The forest on the other hand, is simply superb!

Wohoo, that is good old Jim in his full glory

I agree with the others that the blur on the bat really makes no sense at all and the hand holding it seems a bit large but other than that I think it looks absolutely amazing!

While the right one is more realistic I would personally go with the left one because it better portrays the humorous mood and the cartoon-y style.

thanks a lot guys … 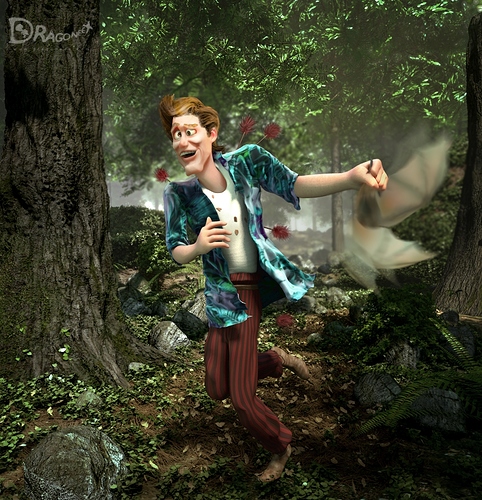 Looks better, but still looks too blurry to be clear that it’s a bat to someone who doesn’t already know.
Also, the textures on the shirt look slightly stretched in a few places. Fix these and i believe you have a very good chance at winning this.

thanks man … i have tweaked it again …

Awesome work! I love the style.

Excuse my stupidity, but what movie was this exactly?

Kids not knowing Ace Ventura sure makes me feel old.

Wonderful image! sadly the only thing bringing it down with the new updates is that the hair isn’t casting any shadows on the head. :\

Kids not knowing Ace Ventura sure makes me feel old.

Don’t worry, you’re not old, I’ve heard the name before.

Now that I know which movie it is, I have to say it’s a very good likeness.

really nice render. I think the blur is a bit too strong though.

thanks a lot guys …