Look at all those verts!!!

I was working on my first real attempt at modeling a game character when I ran into a little problem. First some back story.

I’ve been working with blender for a little over a month now. On and off of a few projects. Among them were an ant, and really weird looking human head, a grass blade, and a tribesman. I have very little experience doing this kind of thing with blender so my modeling won’t be great, but I think it’s OK.

I started polishing the tribesman this morning when I looked up an noticed the vert and face count of my model. The verts were above 88k, and the faces were around 87k. I started to get worried about it the farther along I got. I finally looked around a bit and saw that a game character usually doesn’t push 9k in verts. I thought “O ****”:eek:.

I know why it is like that. All my peices have a subdivision level of two. Normally I would know how to fix this (simply remove the modifier or turn it down) but during my polishing I started applying modifiers to things I though I wouldn’t be messing with. I read something about retop, but I’m not sure how just yet (I’m looking it up right now). Does anyone know if I can adjust the subdivisions after applying modifiers or can I only retop the whole thing? Here’s some pics of my rendered model (no textures or anything, just model). 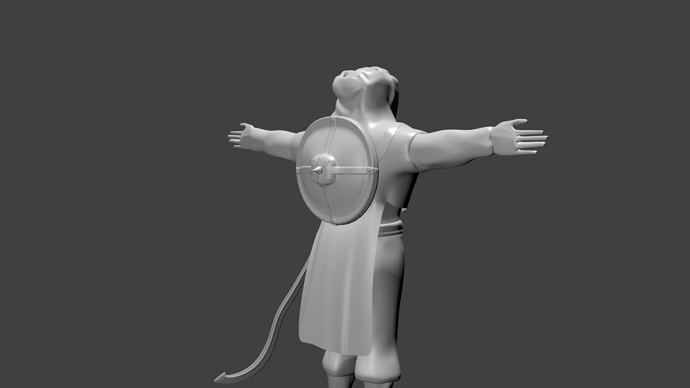 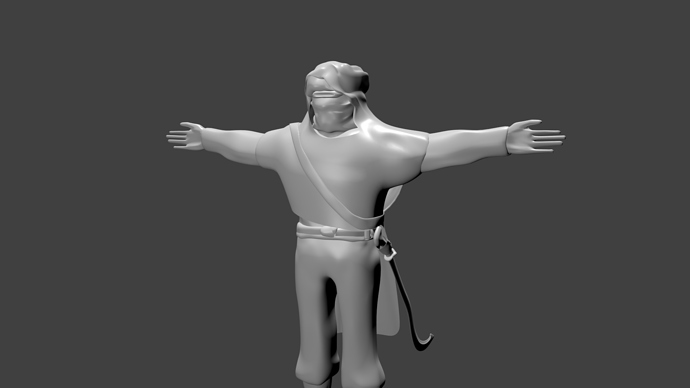 I’m going to guess you used sculpt, don’t do that use edit mode as shown in this tut: http://cg.tutsplus.com/tutorials/blender/character-modeling-in-blender-basix/

I avoided sculpting as much as possible. It may look like I did because I used a subdivision modifier+smooth in the toolbar. I used the smooth sculpt option the get rid of some of the edges and creases I didn’t like but that was it.

You can’t really remove applied modifiers, but you can always remove extraneous edge loops by hand. (alt+RMB to mark a loops, x->delete edge loop).
If you haven’t done very extensive mesh alterations since you applied the modifiers, there should be a lot of loops that can easily be cleared away.
With a Bmesh build you can remove several selected edge loops at once, as long as they arent immediately next to each other. The result may look good, but it tends to produce some bad overlapping geometry.
On the other hand, a retopo with good game-model geometry in mind would probably be a good exercise. Once you get familiar with the tools, it’s much easier to retopo over a finished model than worrying about topology and shape all at once.

I was looking over some retopo tutorials and it doesn’t look so hard. I think I’ll try both and see which gets the better result. I’ll post the new (hopefully simpler model) guy up here when there are both done.

It may look like I did because I used a subdivision modifier+smooth in the toolbar.

I ended up just redoing the whole thing. I was even half way through the base mesh when I was told that the project had been changed and my model was… in a word… history. So, after watching The Darkest Hour and a quick review on what the goal was, I went to work.
Here’s what I ended up with (at a respectable 13k verts). 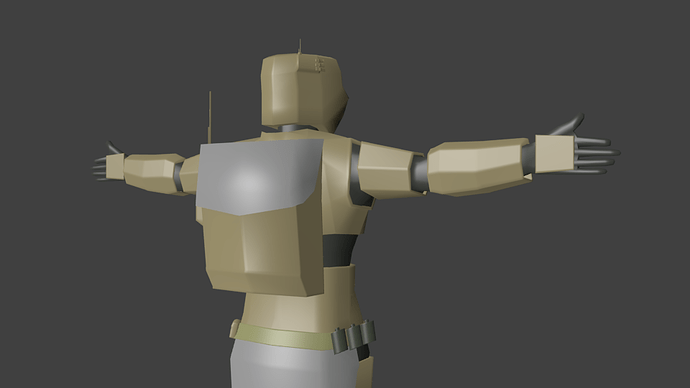 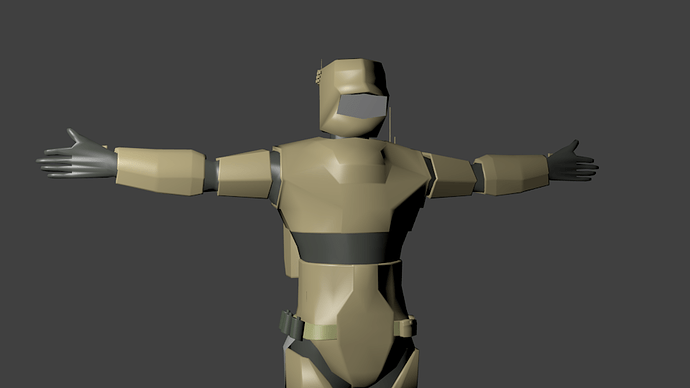