Hello, here is my final image. I submit to you and especially your criticisms. Hoping what you like, I wish you a good day. 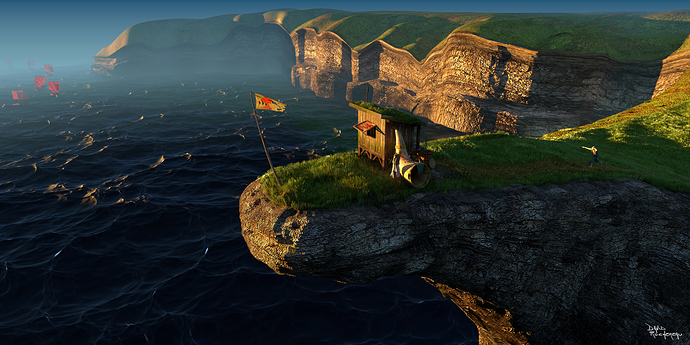 The sea looks very unrealistic.
No foam? Tsk tsk.
The people arent all that realistic.
The scale of the sea is what makes it unrealistic, compared with the size of the invadin ships.

First off, I’d like to say this looks very good overall! However, to agree with swaschan, there could be a little foam where the water hits the rocks, especially based on the size of the waves, which are a bit large. I think the people look pretty good though. They go well with the scene.

I like it very much. You can call this picture “War is coming”

Dude this scene has some serious potential! I love the rock they are on, the grass, hut, flags, and characters are all awesome. Add some definition to the shore line and the waves and you can get a phenomenal looking render!

Indeed, it is very artistic, and let’s not sell that short. It’s a very satisfyingly complex scene, generally well-lit, and it has some really good impact. You could “improve upon” the sea, for example, or you could decide that it really only needs to be clear-enough that it is sea. Your call.

Very nice and inspiring image. Needs a bit of work but has great potential.

Thank you for your encouragement and criticism. It touches me deeply. For once, it makes me want to rework this image, mainly I’d touch the ocean. Ok for the size of the waves, but I have no idea how to create the waves crashing on the cliff. If you have any advice, let me know!
Thank you.

good image with great potential! i would also rework the rocks in the background. especially the the transition to the gras land looks a bit unrealistic to me. another thing is that you should color the rocks darker where water from the sea splashes up!

I think this is a fantastic idea, I love the story and the execution is good. The one thing that stands out to me is the cliff face in the background, the line of the cliffs is too regular (straight), it looks like it has been cut with a knife. The eveness of the grass makes this even more obvious.

Hi all,
when I posted this picture, I thought I did my maximum. But your critics have pointed out some problems and your comments encouraged me to rework. Thank you very much for your help. 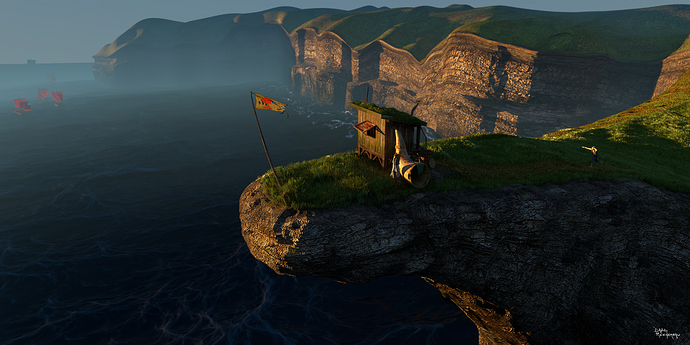 With this second image, the scene loses the evening mood a little.

The guy pointing to the right is an important feature of the scene. In the first image you notice the guy, and you see some nice definition to the waves in the direction he is pointing.

In the second image though, that area of the image is rather dull.

You didn’t mention it, but I assume you were going for a semi-realistic style, because that’s what it comes across as. I thought the size of the waves went nicely with the style of the rest of the scene in the first image.

Don’t be confused with different people saying totally different things. That’s what the point is of asking for critique online. In the end, it’s your work and you get to make the decision.

For me, the man on the right is correct, the waves lose a good appearance but have a more correct scale. the aim is semi-realistic. But it is true that there is a huge loss side lighting, and it is for this reason that I am not satisfied with the result of the second image (balance my heart …).

The edge of the background hill looks like it was cutted vertically.
In nature you should find it kind of curvy and has a gradually decreased grass density.
You can just edit it directly for now, but for next time I recommend you to use the ANT Landscape plugin if you want to generate a landscape.

On cliffs, here is one of my references. She responds to your critics? 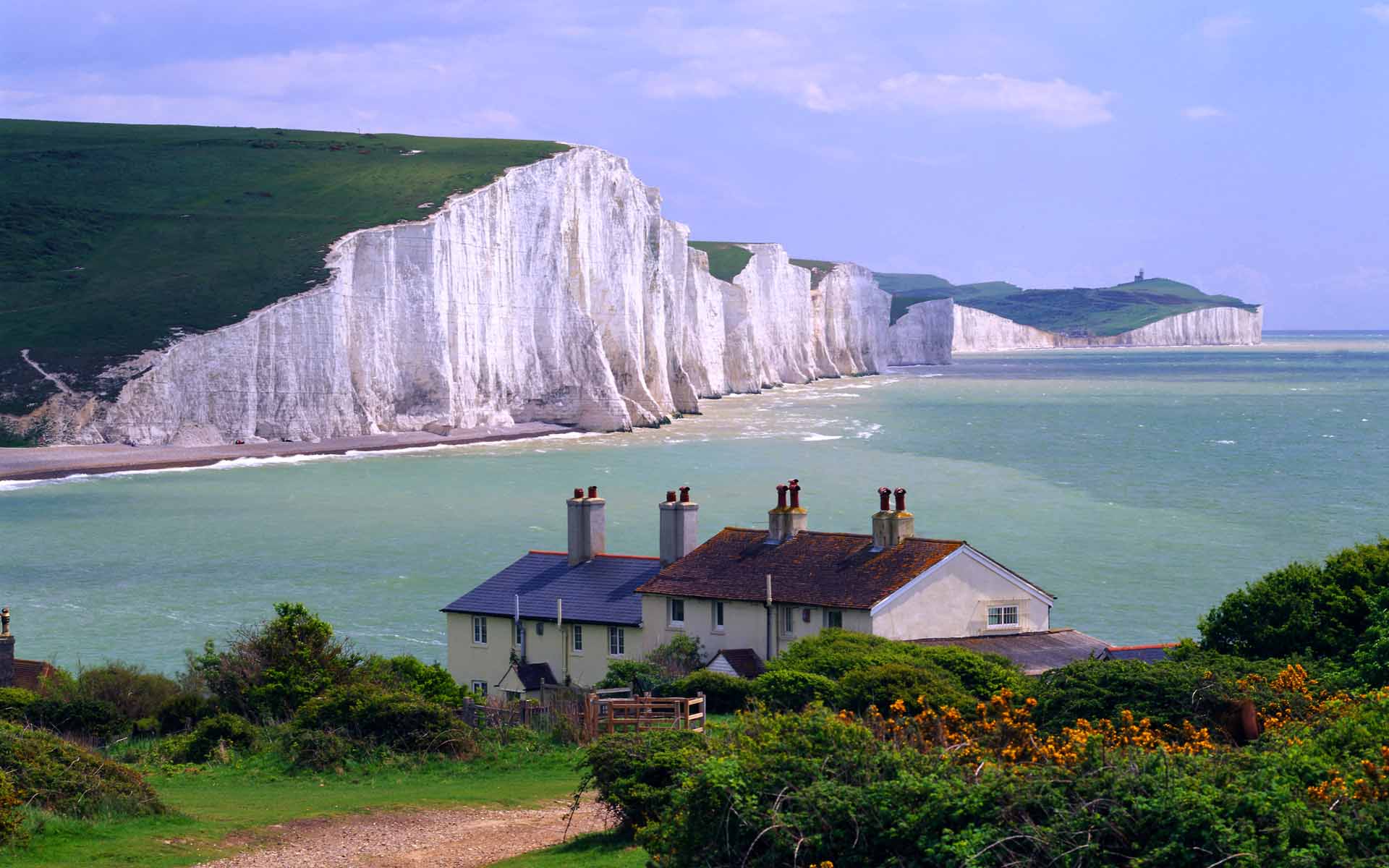 Very beautiful scene. It does need some work though. I get where you are coming from with your reference image, but if you look at it closely, there are vertical ridges in the rockface. I think you just need some normal map on the side there to give it some ridges or something. Also, where the rock meets the water, there should be a bit of a buffer, either a narrow beach or some setiment buildup or something, its too abrupt. Some foam in the water would help there as others have mentioned.

Lighting wise, I think your first image captured the mood a lot better, the second scene is too dark. I love that the guy is holding his left hand over his brow to sheild from the light of the sun and in the darker image it doesn’t make as much sense or impact. However in the first image, I’m a bit confused as where the shadow over the ground in the upper right part of the image is coming from. Almost looks like you have something in front of the light. The vertical line of the shadow is a bit too distracting. It might just be from geometry of the rock face, but it kinda looks weird.

So many other details in this scene are spot on, I’d love to see it end up in the gallery. Just keep at it.

For more serious work, and above all, to respect the rules of the forum, I decided to stop this thread and move it under criticism targeted. I took you to accept my apologies.
As I already said, you gave me the courage to push my skills further. So I will see you in a few days (weeks …) to submit my progress on this image.
Again my apologies.