Yo. I’m switching from 3ds Max to Blender. As I’m getting my bearings, I’m finding stuff I like which Blender does better, but I’m also making a list of things I miss from Max, which were either built into Max or available as add-ons. For Blender, I’ve found add-ons for some of the missing stuff, but not for everything. For the missing stuff, if I find something similar and if the code is easy enough for me to edit to do what I want, I do that. But for more complex stuff that’s way over my head, I want to find existing add-ons that work well out of the box. I made some mockups of some of the main things I’m missing so far. If you guys see something here and know of an add-on that can do it, or if Blender can even do it natively, please let me know. Thanks!

Loop and ring selection ops:
From what I can tell, ops A and B on here were once-functioning parts of the built-in Blender add-on “Edit Tools 2” (once enabled, in edge mode, open up the 3D viewport Select menu > Select by Edge submenu), but the relevant stuff is broken in 2.79. The guy who coded those originally, dustractor, has some newer stuff on github, but it’s only for op A, and unfortunately it has some weird behavior and it’s sometimes buggy, making a total mess, so I’m hoping there’s something better out there. 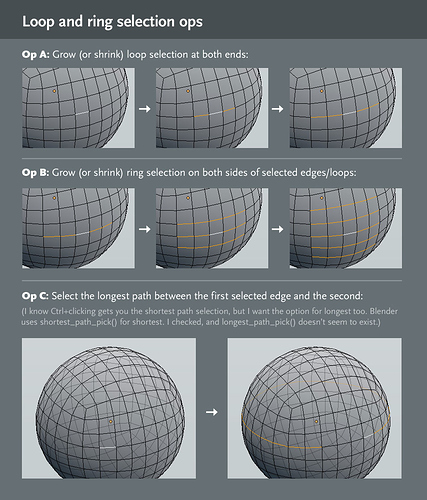 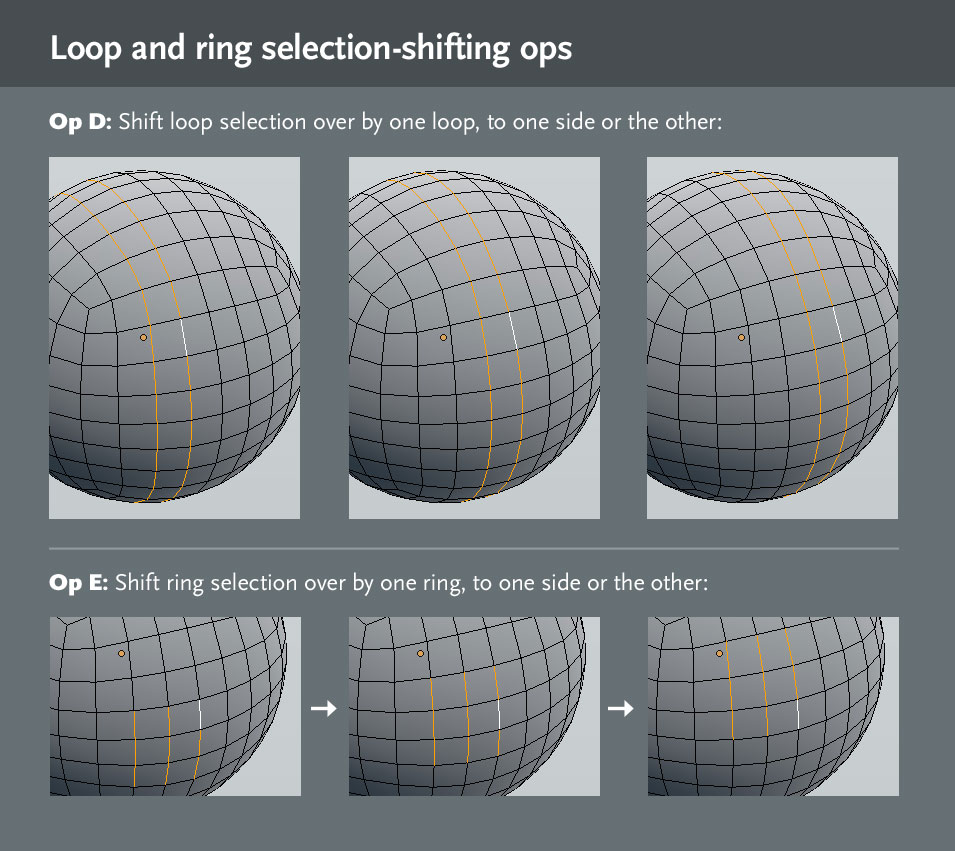 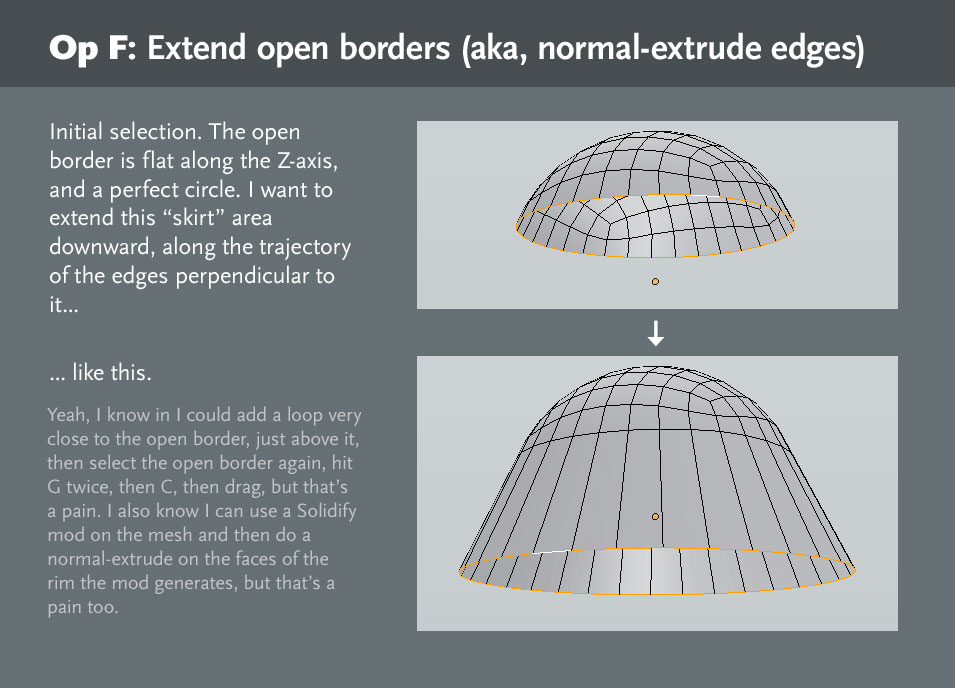 Man, this thread is hoppin’

All right, a couple more things I’m looking for, no diagrams this time. As usual, I’ve Googled these, couldn’t find anything.