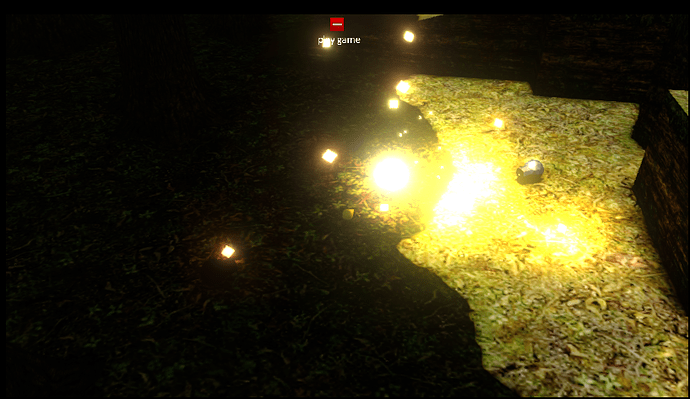 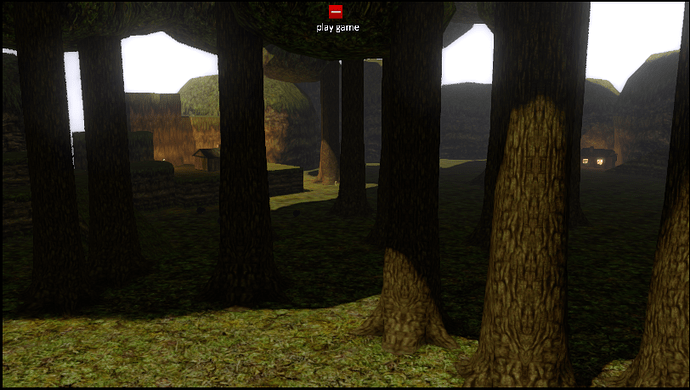 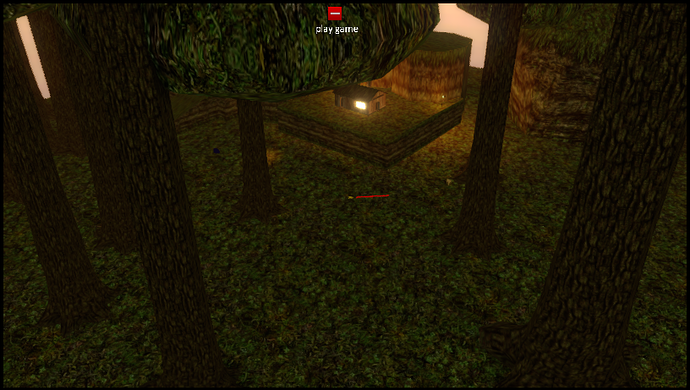 this is a filter for my project. I worked on it a couple of weeks and I think I’m almost finished, just need to clean the code a little bit and maybe I hope I can improve the performances and the graphic a little bit more.
I’m working with an old notebook with a radeon hd8600M so I’m pretty happy about the performances

I would love to see the .blend or buy a gumroad etc.

can we selectively bloom w/ this shader or am I mistaken? ?

hello my friend, I did not know of the existence of that platform, it could be an idea … The filter works per color intensity (modulated by the AO factor), so even a color surface [0.01,0.01,0.01] (that is almost black), radiates its own color, but in this case it will be not perceptible. The ColorBleeding gives an extra illumination in the scene so it is better to set the ambient light to no more than 0.5 then if you want some objects that seem to emit light then you will activate for them the emission in the panel materials for the extra radiation.
yesterday night before sleeping i had some ideas to visually improve the effect of the emission, so I would like to try to do some other experiment, I’ll keep you updated 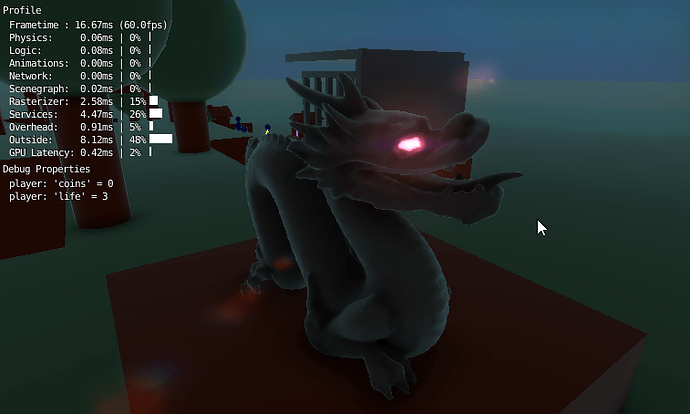 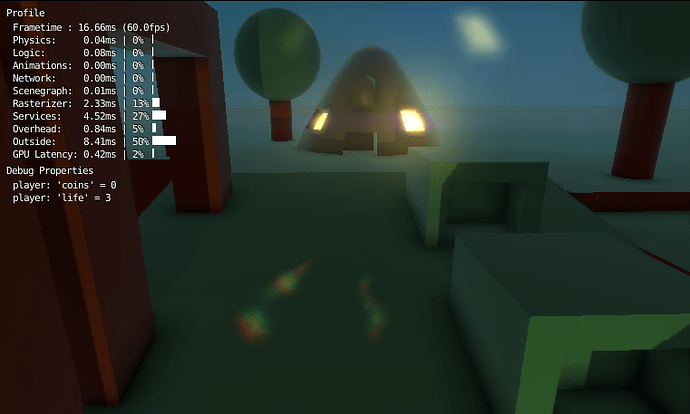 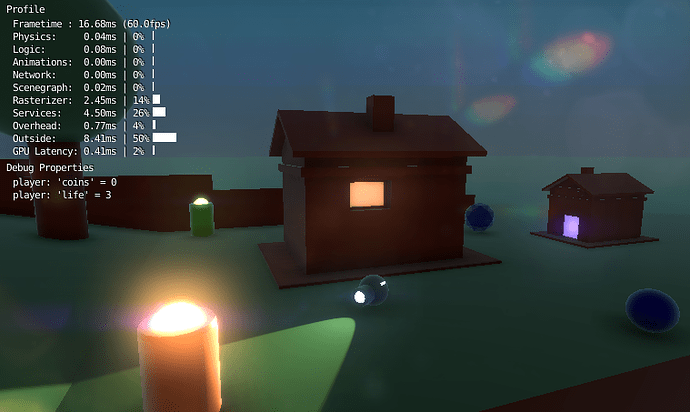 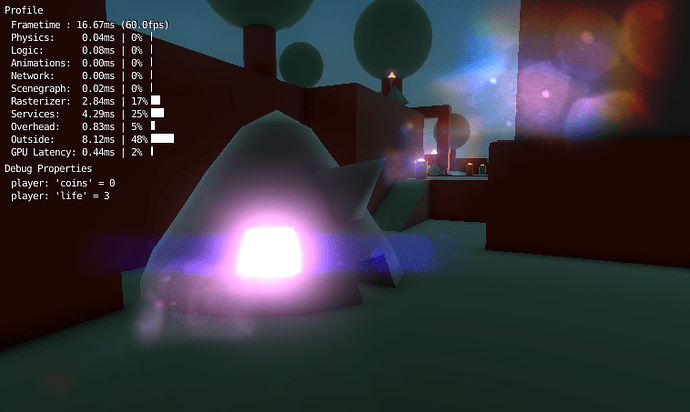 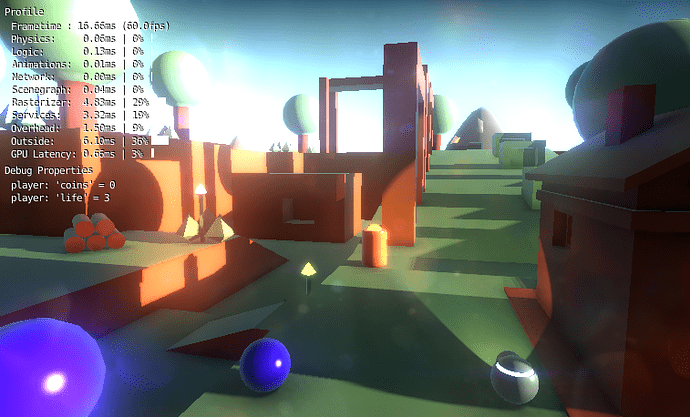 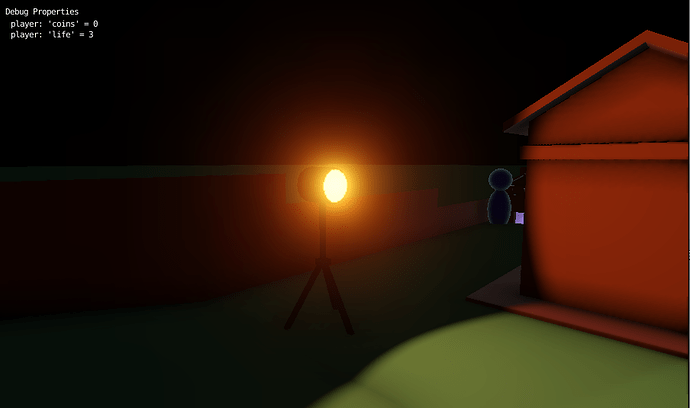 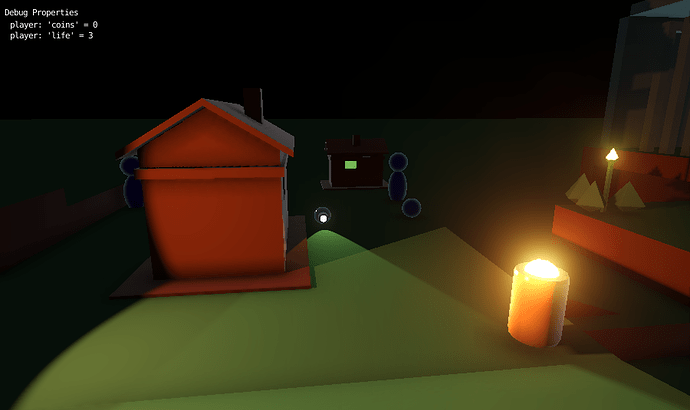 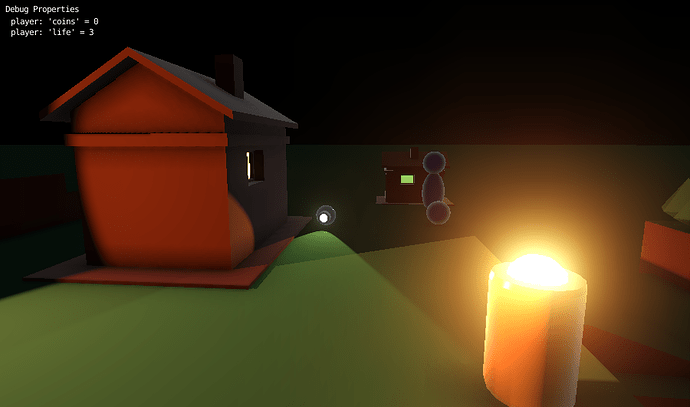 my post-processing system on a simple scene. With a bit of optimizations everything runs at around 170 fps at a resolution of 720x480 on my embarrassing radeon hd8600M (with colorBleeding/emission enabled!) 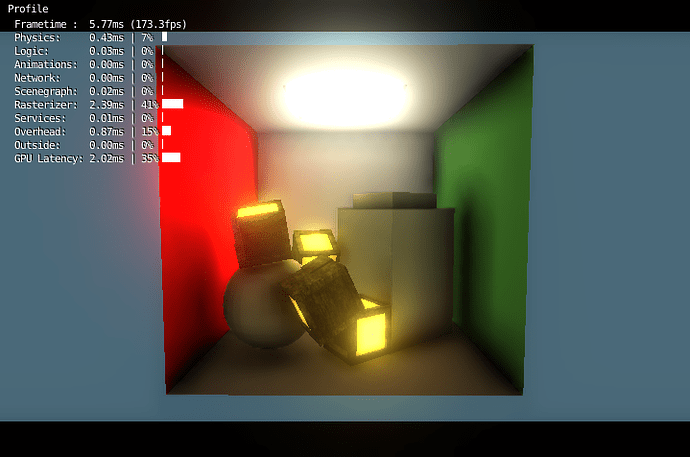 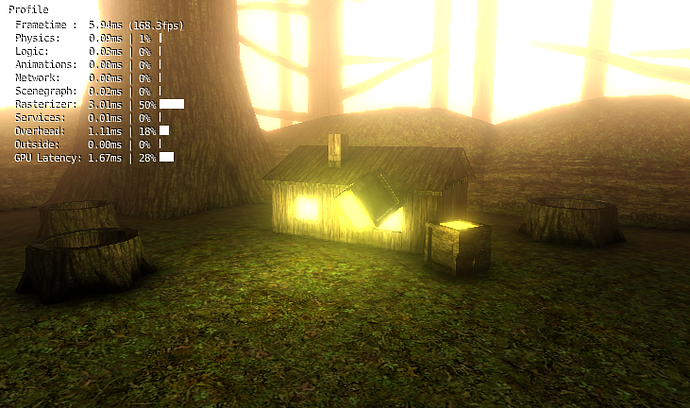 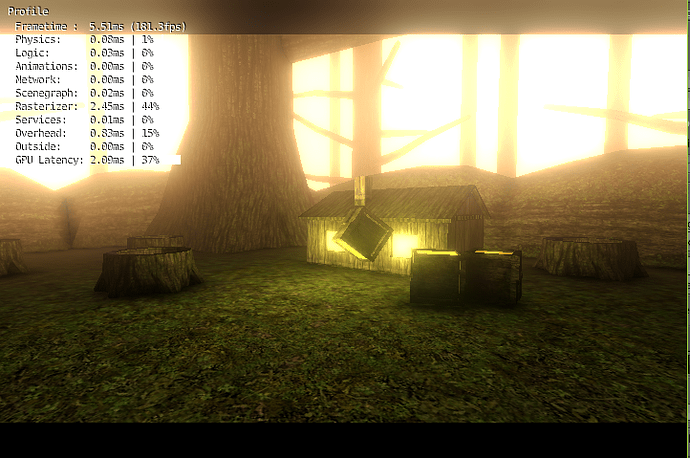 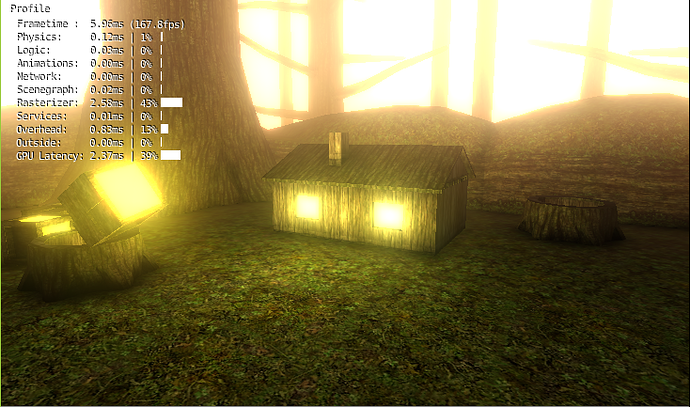 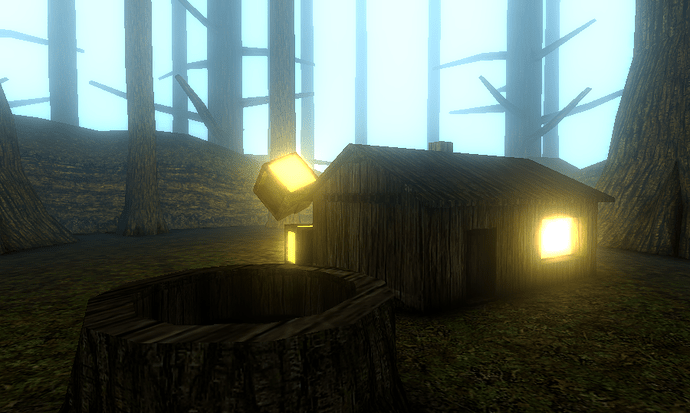 Is this thanks to people like you that Man was able to go on the moon with only toasters as computers ?

(maybe just a bit too blurry for my taste, but the idea is here)

Any plan on open sourcing ? Any GitHub repo with the code ?

XD …optimization has now become a mental pathology, as far as I’m concerned
the blur amount is controllable, here is exaggerate for showing it.
i’ve developed it for starting my commercial game development activity, so i’ve no plans about releasing the code at the moment…

Watch out for people invoking GPL. Did you find a way to correctly licence your work out of it ?

We want a .blend for the blur setup you used for bloom. I’d make an HDR version + cubic upscale out of it for maximized effect.

Watch out for people invoking GPL. Did you find a way to correctly licence your work out of it ?

I think / I hope so. I can not say anything certain, until I try concretely. I developed a player that I’ll release for free. It is able to read particular files that are created through my editor (a sort of asset instancer + some advanced features). What I will sell then will not be .exe files ,that, if i’m not wrong, are those for which there are licensing issues on selling.
But keep in mind that I would need to learn even more about the question, so any useful notion is very welcome

Sorry dear, in this moment it is not convenient for me to show my code or simply talking about technical details. I’ve spent much time studying/experimenting, if i have the chance to make some money with that time is beacause what i did is in fact something not so common here, so i wish you understand my reasons

open a patreon or kickstart and put it behind a paywall

and why not use GPL?

The first is an interesting idea and I was thinking about it. Regarding the GPL … I should release the source code, which would then be reusable by anyone wanted … or am I wrong?

then release it for everyone and also accept donations for future work.

how is this different from what ue4, unity, or even godot have?

i think you should market your game, not the tools you used to make it. there are many more gamers then bge game devs.

i would go so far as to try and get the shader into upbge as a bundled option.

theres a very little reason to use bge in any form. why add “freemium” to that list of reasons not to? look at unity, they get a bad rap for this, but its such a powerful engine, the return on investment is good.

we are even about to get left behind by armory. in todays world, tools arent worth that much.

but games are worth something.