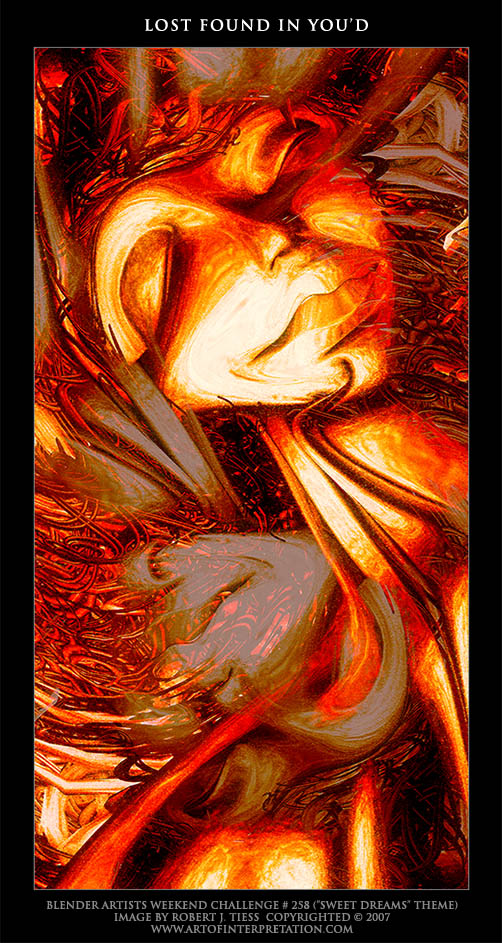 I don’t know how you keep doing it. :eek:

Not sure this one does it for me… for some reason it looks rushed and unbalanced.
(An explanation of the title would be great though!)
I think one can only do so much in a certain style; I doubt you will, but if you do something different (and I mean COMPLETELY different), you may find that you open a window to even more possibilities, and glean a fresh perspective on life and art.

If it was rushed it would’ve been a good quality rush.

your an abstract guy arent you? i have been looking at your works, but this one is my favorite. its just more “real” with out being real. im sure you know what i mean. 4 stars

Hmm, the render is very well executed but i just find the whole genre a bit shallow now. 5 stars for the effort and execution though.

I just find that although your renders are very impressive, they’re losing their unique feel. Take for instance a rare supercar, then the manufacturer makes some money and decides to churn out x amount of alterations made to that car. All the newer models are just as impressive as the original when compared individually; but when compared collectively they lose their sheen (Porsche is a good example).
Also i feel that the more i see cryptic renders designed for interpretation, th more i find that they lose soul. If a long time just thinking about one meaning then usually a multitude of possibilities occur; something which is starting to phase out of your works IMO.

You should take 53 of your favorite renders and make your own set of cards. I’d buy a pack.

What gets to me is that I can’t even begin to figure out how you would make an image like that purely in Blender without post-pro.

What gets to me is that I can’t even begin to figure out how you would make an image like that purely in Blender without post-pro.

Seriously! I’m soo lost as to how you did this! It’s too amazing for words.

I like it, but I can see where the two structures are mirrored. One is slightly more transparent, as if it is a reflection in the water. It would have been really good to see the two structures merged at some points rather than being enclosing and covering without real connection.

The title and layout suggests two organisms, mating or merging, like making love. But when you make love there is a feeling of fitting, of becoming one, of connection, which is absent here because the two structures don’t fully blend.

I guess that could be intentional, but probably more to do with the complexity of the image and the difficulties of merging two maps with variable alpha.

I say all that, but it’s just commentary, not criticism. You made the choices you did with the project and it turned out the way it did. I’m not suggesting revision, only interpretation.

It’s rare to really Blend with someone, sometimes reflection is the best you can hope for. Its the artists job to portray the common elements of life, so I think this works out in the end.

Have you tried making any large scale prints of your work? Like A1 or A0?
Just take a .JPG or common uncompressed image file along to a photo print shop like Kodak and ask them if they do large format printing.

Many have to send the disk away to get it done off site, but some have the equipment right there and can do it overnight. It’ll only cost about 30 dollars if you get a good deal.

Obviously, you’d want to ensure that the image is A4 proportions first, this one is a little tall, You’d be wasting a lot of space down the side, also it needs to be high resolution too. You’re talking about a couple of mega pixels to get a good print.