Solved:
I watched a youtube video got the ino that there is right now no multithreating for encoding in blender.
I read some post from Ton when he was @ Google. And one of his notes was update ffmpeg version in Blender. I dont know if it ist related to a old FFmpeg version or something Blender internal.

I was rendering something from my actioncam.
All i used was a White balance Node, and changed the audio clip.

All relevant settings are hopefully visible in the screenshot.

Thats all.
I’m wondering why CPU is not under Max Load while rendering.

Now im confused why my CPU wasn’t the bottleneck.

I’m realy happy with the Quality. But it would be cool if i had max CPU load and it would render faster.
Here is the Result.

I hope someone has a good idea.
Thanks for your time Jay. 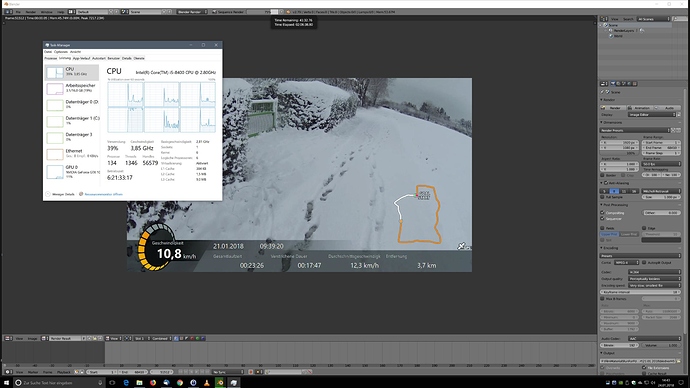 And BTW if somebody has a script or free that can translate GPS data into that stuff on the bottom. I would love to have that. Right now this is by Sony. And i would like to do the display myself.