After getting shot down after my last few attempts at modelling a man, I have the work-in-progress of my attempted good topology man.

This is an experiment (as usual) - starting with nothing (literally) this was simply individual vertices placed in the main muscle group curves, then extruded / made into faces / joined.

463 vertices so far, all quads, subsurfed and smoothed.

Still needs arms, legs, head. Will not get nipples or navel. Or penis. 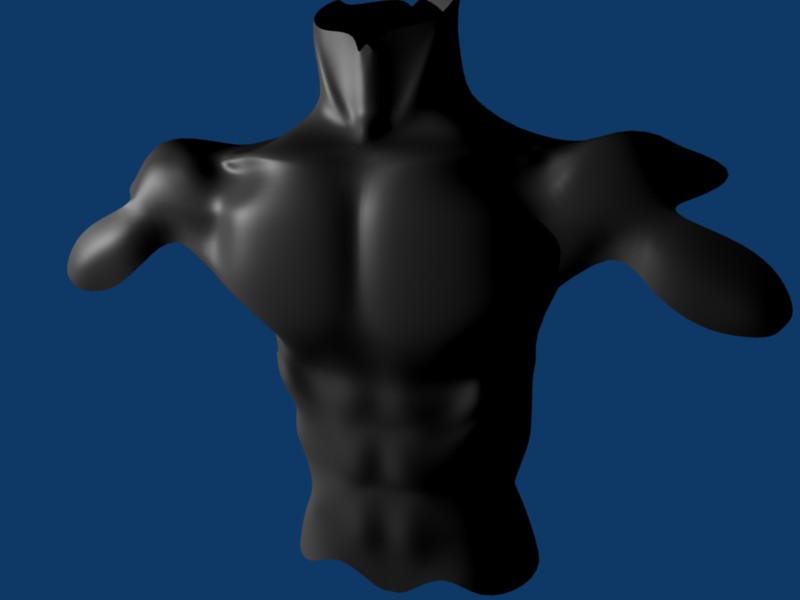 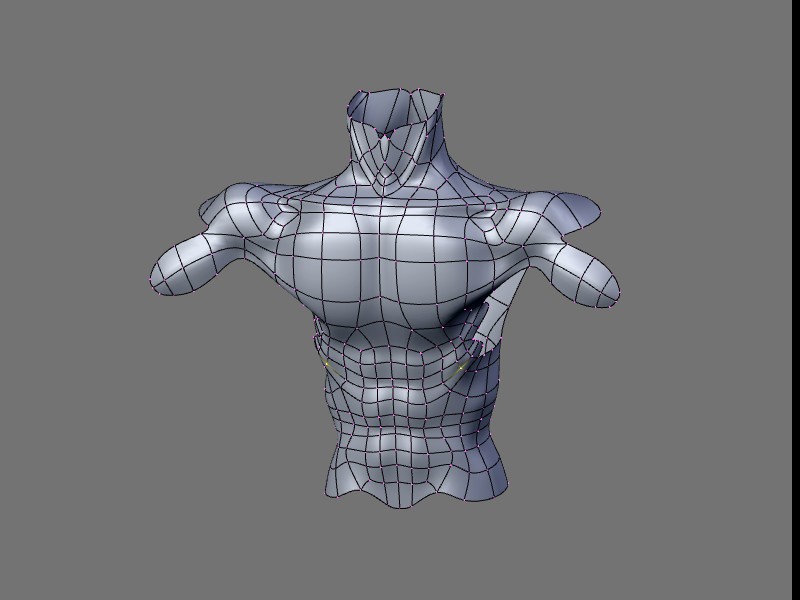 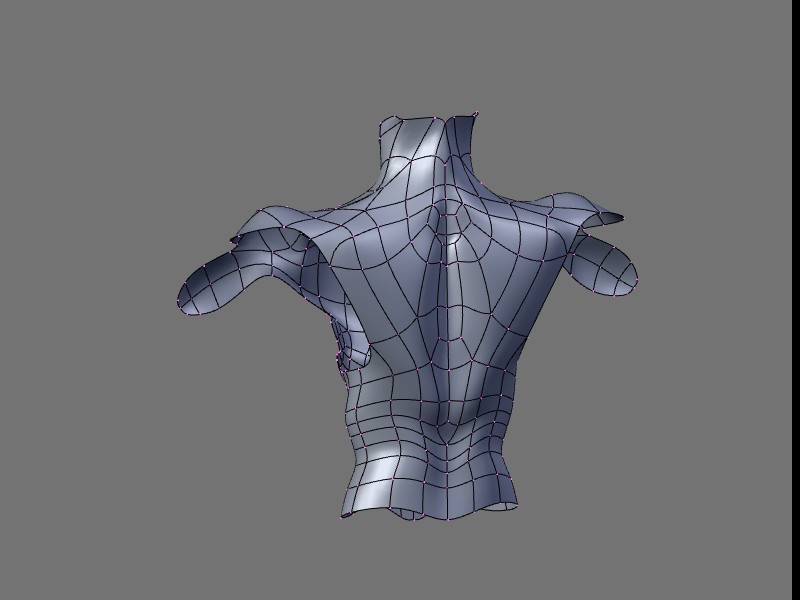 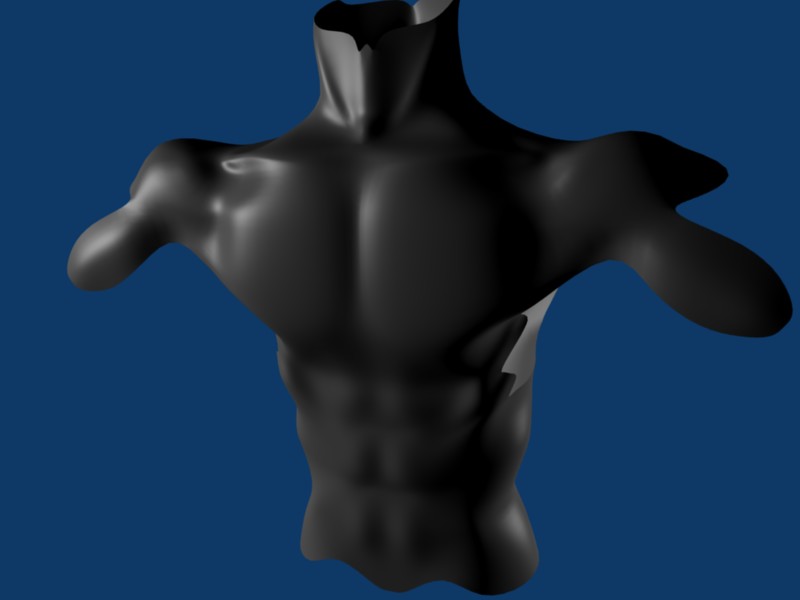 just noticed two triangles on the back where the arms will appear - no idea how they got there given that I joined all edges by hand.

They will be gone when the arms appear though

Your work is improving, but you still need to spend some time researching anatomy. The musculature you have on the shoulders and chest is not good. You also have a loop going across the chest that starts to go around the deltoid (as it should) but then bends and heads down the arm.

i wish i had that modeling skillz!

nothing to crit on right now

DUMB QUESTION!!! what is a navel??
also good choice on not making nipples! i dont get why males have them

Orinoco - my knowledge of anatomy is not an issue. Modelling it in a usefully topographical way is. Thanks for pointing out that loop though - I hadn’t started on the arms yet but I’m pretty sure I wouldn’t have noticed it anyway.

Lilgrudgeboy - navel is a belly button

Been away with the wife and kids for a weekend at the beach so no progress - this is just an update on the arm which I wild some more on today. It’s no longer mirrored (probably should have kept it that way but I joined the two side to see how it would look and now I’ll just have to duplicate / mirror and join. 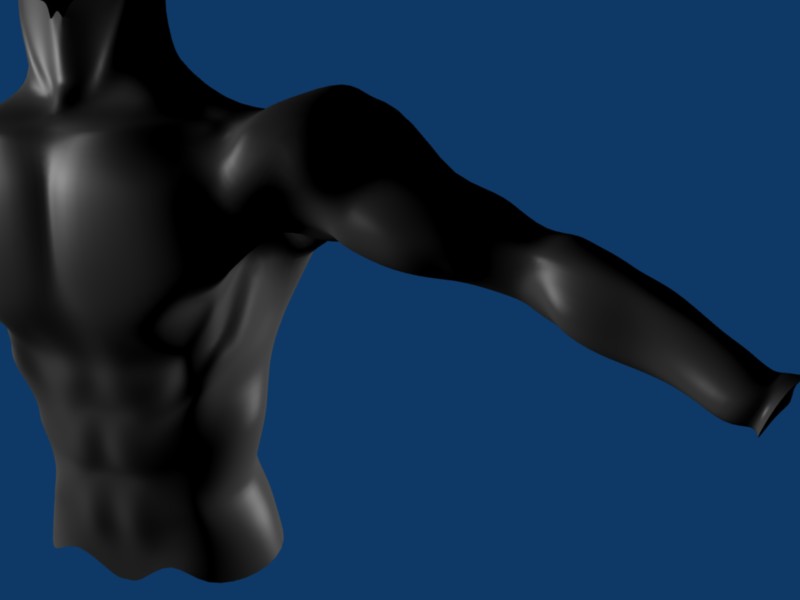 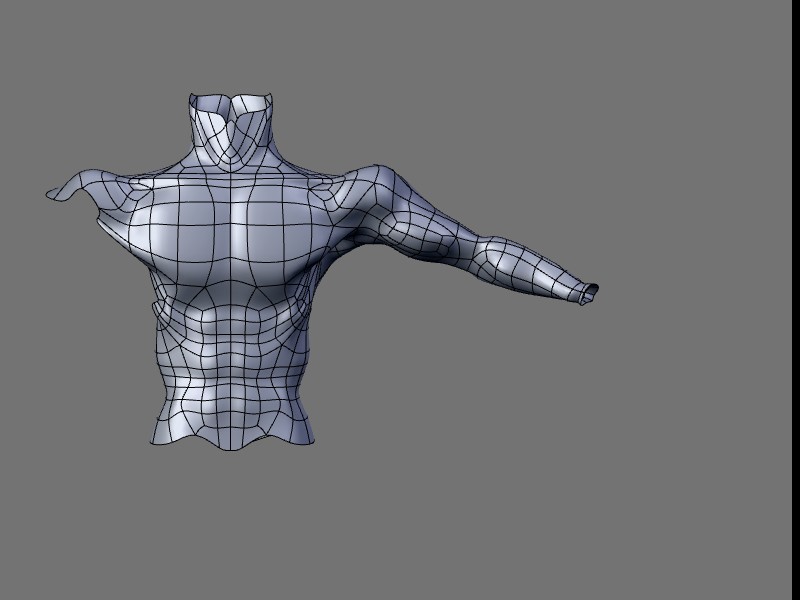 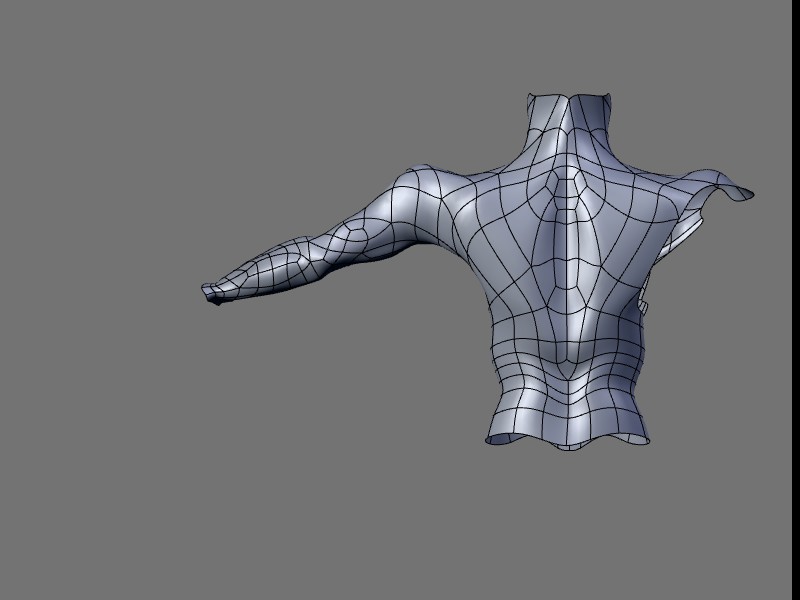 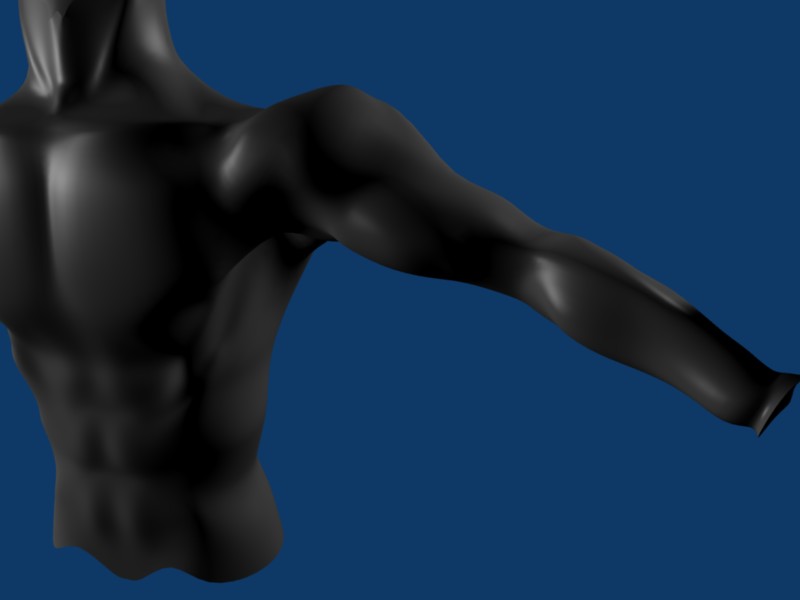 Topology looks great, but the shape could definitely use some work. It’s very lumpy looking, and certain spots are unproportional.

Lumpy? Just wait until you see how flat the hands are…

Which bits don’t you like? I can’t fix it if I don’t know. 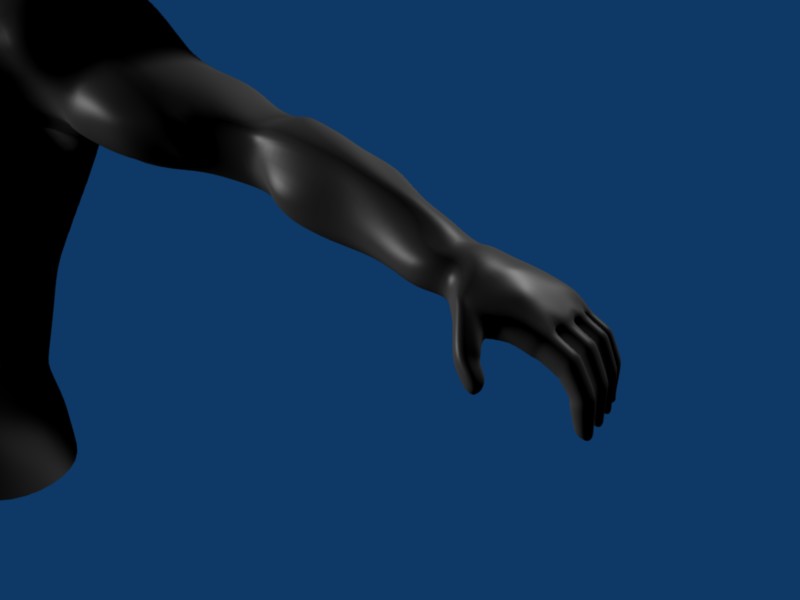 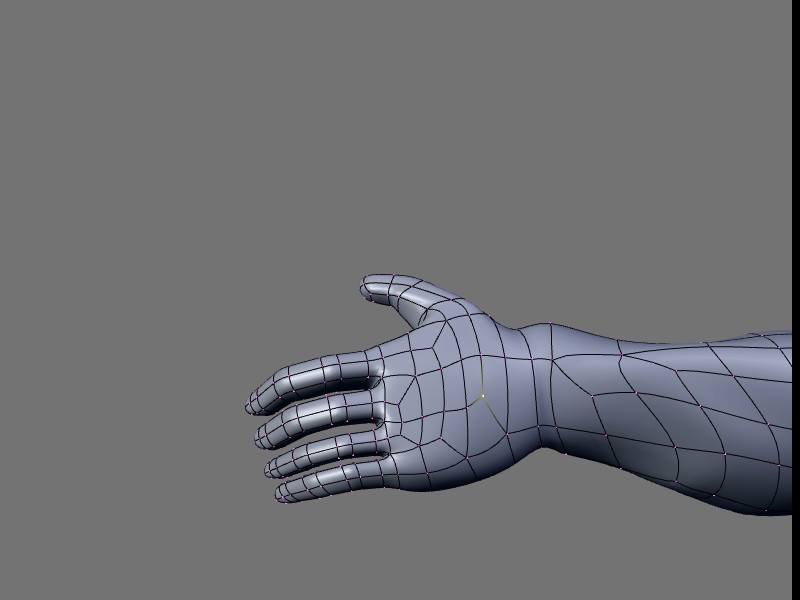 Don’t worry about the hands any more. Saving accident. Will start again (with the hands, not the whole thing)

Hands re-done. Just as crap as before. No pics due to similarity with previous.

Will try and do some legs tonight then figure out how to add another arm.

Just another update - have halved the mesh to tidy up some of the quads that span both sides and re-mirrored it. Arms finished (though may yet go back and adjust hands but haven’t done much hand modelling yet - only added as an afterthought usually.)
Legs started, still have to finish knees and make a few adjustments to thighs. 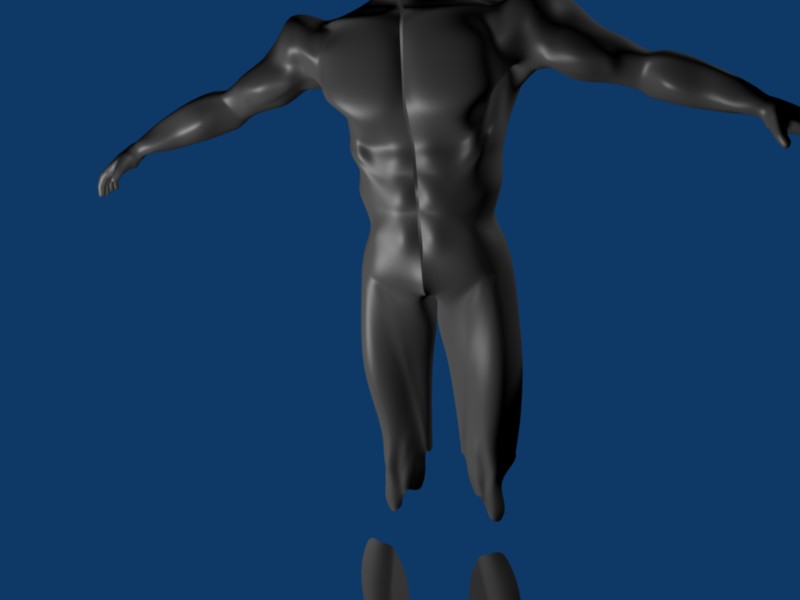 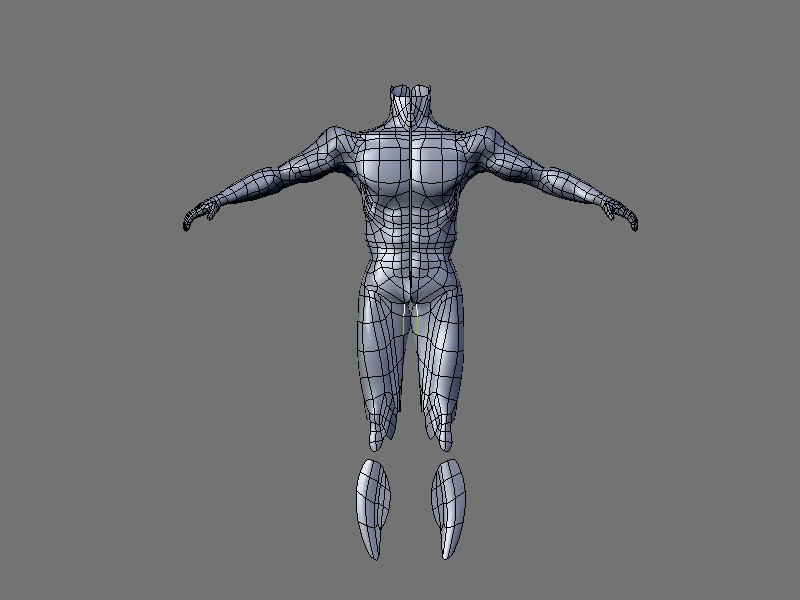 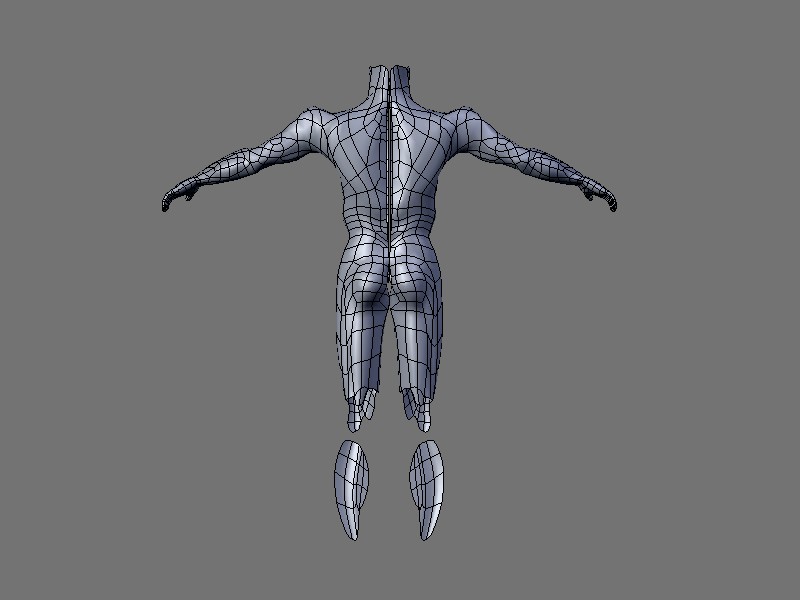 wow…i wish my human models came out this good!

Just about finished legs. Only one toe so far though.
Still needs tweaking when the mesh is finished. 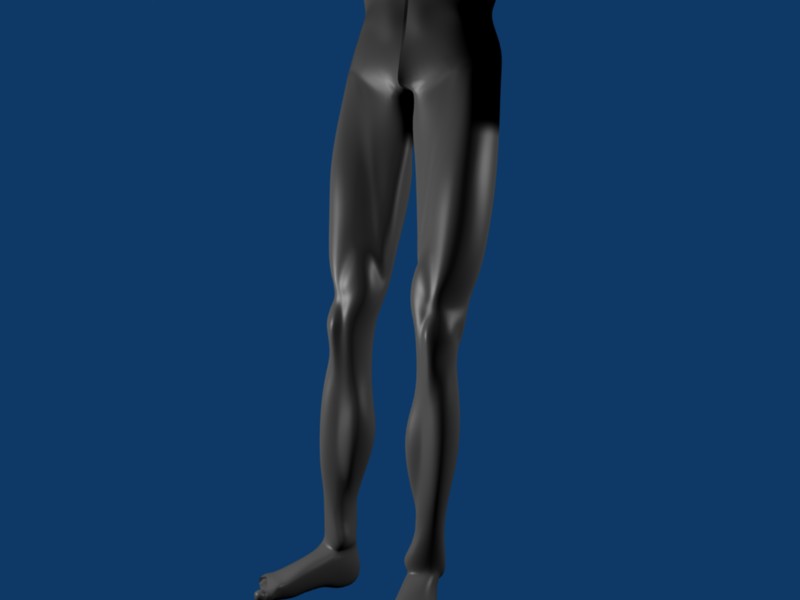 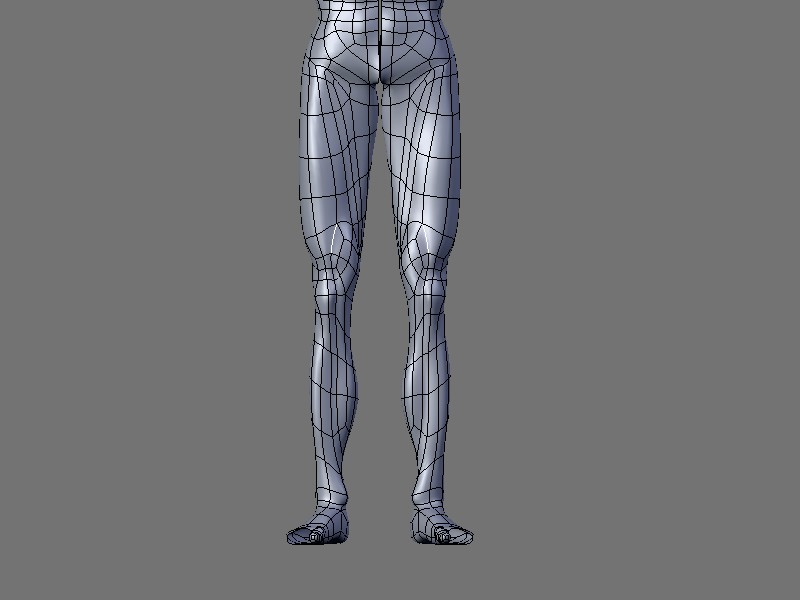 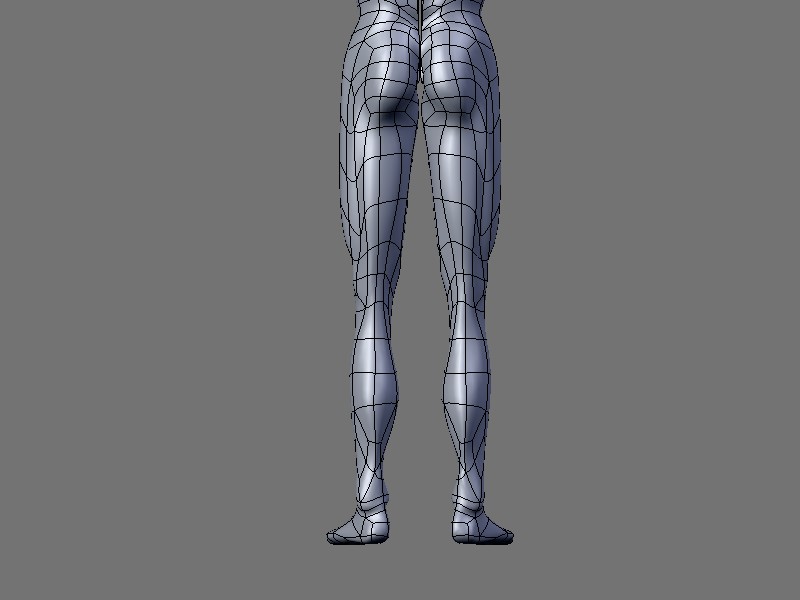 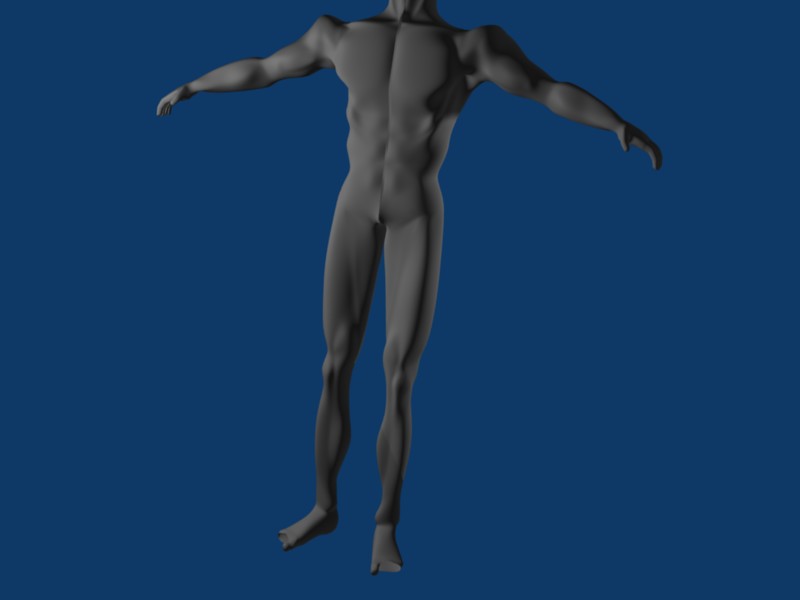 That is just best ever. Can’t wait for it to be completed.

You have doubled up vertices or internal faces right down the middle. Select all and remove doubles. The hands look out of proportion, and the whole model looks a little too skinny. Overall, you have the right idea.

Still to do some tweaking when base mesh is finished - will give him a little more bulk and upsize the hands.

Ankle still a little wonky too (though feet not yet done)

Looks like his right shoulder is shooting out of his torso- it should be broader.

some toes. Suppose I need to do a head now, then try and make some final adjustments to the mesh. 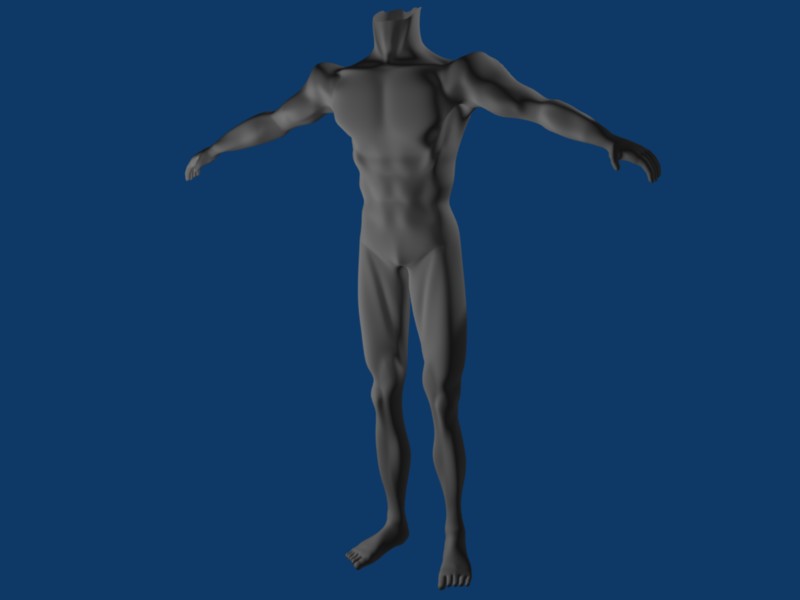