I created this nightmarish critter (called an ‘Immacula’) for my current film project, modeled using the Skin modifier, a highly useful and versatile modifier for making these kind of organic forms. I like the low poly look, in combination with the ‘painting with polygons’ multipass style I’ve come to love 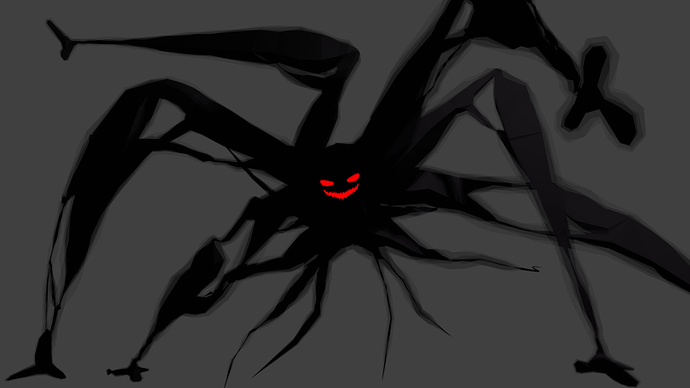 A quick look at the armature, I built a simple Ik rig for the ‘feet’, I used the ‘generate armature’ option in the Skin modifier to generate the rig for the tentacles. The three big square bones at the back control the IK targets of the tentacles, which means they can all be animated with as few controls (three 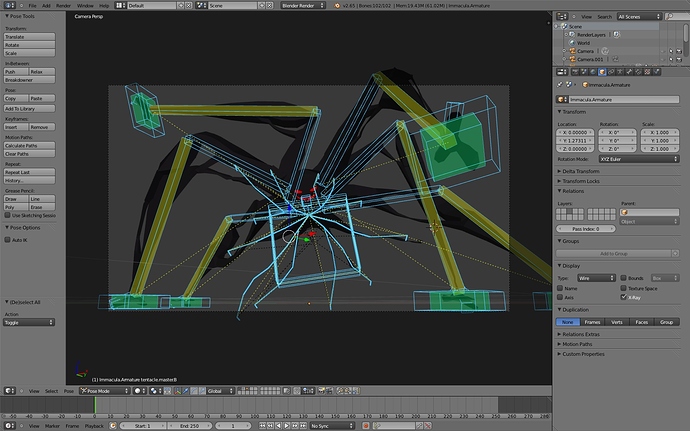 Simple render but that’s a nice style.
I’d image you could create a very cool scene with some effort to the lightning and background

It does produce some nice results

Here’s a quick motion test I did with this rig:

lol. This really is scary. The model looks great, Im wondering how you achieved that? Im not a big fan of the shader though. I tihnk its a volumetric shader. Ill choose on this some kind of glossy shader. Take a look at “veonnom”`s shader from spiderman 3.
But great work anyway.

I’d love to know how you did this lovely creature, since I’m planning to do something similar (a shadow beeing)… Are these painted planes with alpha?
Anyway, great job!

The model itself is just a low poly model created with the Skin modifier, playing around with the vertex weights (Ctrl - A in Edit mode on a selected vertex, with Skin modifier active…)

The ‘sketch’ effect is achieved this way: