I’m new to baking, but haven’t found answer to my problem so thought to ask here.

I use seamless concrete texture on my mesh, but after I bake it it looks super low resolution is this really the best resolution blender can do with 2K baked texture or am I missing something here ? Even 4K isn’t nothing like the original seamless texture with roughness and normal map. I’m desinging this underway walk tunnel for a possible game and I would like the texture be as high res as possible with 2K texture since 4K is abit overkill IMO.

I baked diffuse, normal and roughness maps separately by disconnecting other 2 while baking 1 I assume this is the right way to do this is it ?

Still the quality is super poor after combining these 3 maps together again
Also the normal map creates this shadow artifact for some reason ???
left side is the high res seamless texture + normal and roughness. Right side is the baked diffuse,normal and roughness and you see there is no depth and it looks like 16 bit game texture or something liek that very poor quality indeed

Not sure this is the answer you want, but ill suggest using another application for baking normals specifically like substance painter or marmoset. Dont know of the diffuse maps (i never had any success baking those)

Nobody will be able to help you with a bake without seeing the UVs and texture result of the bake.

am I missing something here

An asset like this absolutely shouldn’t be using non-tiling textures if you want an acceptable texel resolution. There’s no reason bake anything.

Unfortunately, if your construct is so large, it look considerably more pixelated, since the pattern is baked. Procedural textures are endless, even PBR is tileable, but as soon as you bake it, the whole thing is gonna be capped into the chosen resolution. The bigger the object, the worse it will look.

One solution is to break the object up, or use UDIM tiles.

Otherwise, for normals specifically, try baking a 32 bit depth image, save it, say exr. I get considerably better results that way

do you suggest that games like withcer 3 uses over 4K maps in their building when I can’t get even hd resolution on 4K on my simple tunnel ? Withcer has huge buildings with alot more details than mine.

No, those games just optimize their UV mapping to maximize the amount of texture per pixel. 4K texture maps is industry standard at this point in time for games

The question is: why do you need to bake it? Why not use tiled texture as is?

I think, gamedev uses decals since forever for that sort of thing

I don’t understand what you say

That would be “people in GAME DEVelopment”

Not the most informative link, but:
http://wiki.polycount.com/wiki/Decal

I don’t think you’d use baked textures for environmental things like this, at least in UE. Procedural is most likely the way to go, unless you want to create many UDIMs in order to have constant high res details. Seconding @StrayBillie, just look up Tutorials on Procedural Materials e.g. in UE5 and put some Decals on it for Graffity etc.

nah man. I have think that I use 3 maps for characters and all the assets. Maps are diffuse (the base color), Roughness (metalness shine in unity) and normal map to get the bumps and shits. I don’t care to make super high detailed game that has 5 maps pers mesh and This amount is good enough fo my purpose, but the problem is the resolution also I think that If I use like this seamless concrete map as is I need to line up the concrete poor lines in unity this is why I like to do it on blender so it’s efficient and ready when I upload it.

This amount is good enough fo my purpose, but the problem is the resolution also I think that If I use like this seamless concrete map as is I need to line up the concrete poor lines in unity this is why I like to do it on blender so it’s efficient and ready when I upload it.

If you use UVs to line up the texture, it won’t change on export.

Do you have any game that comes with a map editor? Like any of Unreal Tournament or something on Source?
Check some “real” maps for how they were made. It might be educational.

I don’t understand how that helps me bake maps correctly

It doesn’t.
But it might help to see how people use textures in actual games I guess?

That’s what I would do at least.

Seems there is some sort of ERROR perhaps in blender

The software isn’t the issues here. Stop trying to bake like this, it’s a fundamental mistake in workflow.

Game environments don’t use baked maps (at least not the way you think), they use tiling textures everywhere. The tiling is done in game, not written to a texture map per object.

I have seen textures on games I have and seen alot of tutorials on this issue.

how I use decal ?

Not the most informative link, but:
http://wiki.polycount.com/wiki/Decal

just look up Tutorials on Procedural Materials e.g. in UE5 and put some Decals on it for Graffity etc. 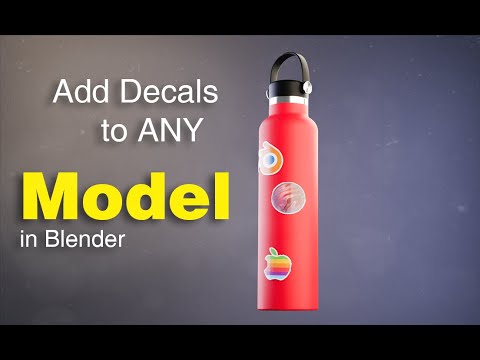