Hello guys!
After the Ruinas 2.0. I spent some time away ( studying CG and BGE ) , but now, i would like to announce not a graphic demonstration, but one game project.
I hope that you like this. I´m having too mach fun in make that and i hope that you have in play that.

LUCY AND THE TIME MACHINE

The game is about a story of a little girl named Lucy, who lives in 19tb century, France, in a parallel universe where the technology has evolved from the steam engines and mechanics is the key technology instead of electricity. Lucy is the granddaughter of a famous inventor who have their greatest creation, the time machine, stolen. Lucy and Pii, a little and inteligent robot assistant to his grandfather, go in search of a time machine, going through various worlds. from prehistoric times and the dinosaurs, through the Middle Age, the American Western, until the apocalyptic future.

In all game there will be references to some real historical personalities that will be part of this alternate reality, the grandfather of Lucy and the evil Sant G. for example are based in real historical peoples and in legends about them.

The gameplay consists of a platform 3D with 2D gameplay, like Trine and Little Big Plannet. Much of the game consists of Puzzes involving physical systems such as gears, trampolines, swings,push boxes, phisical veicles etc. Other minigames more elaborate will be in the game like puzzle solving, sequences of colors etc …
You will have some powers of time in your control too, mostly to paralyse enemies ( and you use they like trampolines or jumping box etc… ) or transpose some puzzes.

looks good! Is this going to be in the compition?

Anyways, I’m glad to see you focus more on gameplay then on graphics this time. It’s looking good, I see I have some comptition :evilgrin:.

Linkxgl:
Yes, that is my game for contest.
Of course i will try make a harmonic graphic, but really, make a fun game is my mostly goal
I think we will have many good games in this contest xD

One of the wonderful things about steampunk is the combination of designs from people who could be real engineers, and physics that just wouldn’t work in the real world- I’d love for the robot to show more of how it works, for example a propeller or, I’d recommend, steam jets that keep it in the air with ridiculous amounts of steam.

Looking cool! Maybe the feet should be closer together though…

I agree with the Captain about the steampunk robot

a propeller is a very good idea!
Thanks xD

I really like the idea of having steam as the prominent form of power. With your skills I can’t wait to see what kind of world you create.

Andrew 101: The SteamPunk style is really fantastic, and your fundamental concept ( the tecnology evolved before based in steam and mechanics ) is so little explored.
Think about the possibility to make a world changed with this tecnology in a prehistorical Age, A world in that mechanicals machines and tropical florests are in the same place, are the same thing… Or in a Egipt steampunk city… where the sphinx can be a Giant Mechanical Monster…
The possibilities are unlimited. Its so hard think about all possiblities alone, because this Bernardo Hesselman are in the Team, he is a brilhant concept artist and your creativity for puzzes and scenes is greater than my.
I think this can be a good game, we will try our Best and see that we get.

Some references in gameplay and graphic style: 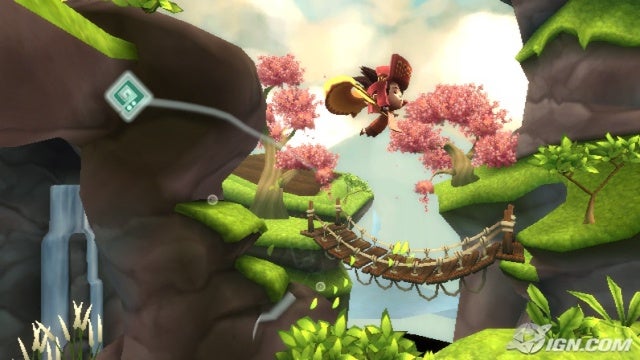 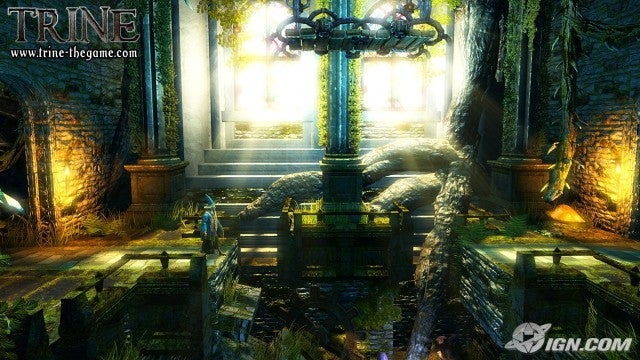 Super Mario Galaxy: Should be fun like that, falloff effects and style graphic, Char Animations.

Hey…This is great news! All the best with this project…looking forward to the end result!

Great to hear you are finally making an actual game!

Great to hear you are finally making an actual game!

Thank you guys!
your support and suggestions is very important to me! ^^

It sounds like a fun game and nice character design.

Nice!
This should certainly be an interesting entry for the contest. I like the look of the style so far, nice characters!

Also I like the steampunk-ish ideas your thinking about!

Hello!
Yesterday i and Bernardo we meet to do concepts and puzzes of game…
Based in some ideas i make a little enemy.

Pii can stop the time of this enemy and lucy can use this like a vapor elevator jumping in your chimney.

this may not be the final concept, but we like it.
Enjoy!

I see you are making the gameplay similar to that of Trine. Do you plan on including the grappling hook? if so it would be amazing if after the compo you released how you did it! I’ve been trying to get one working but cant seem to find a way.

grappling hook no… Lucy don´t have this tool xD
This really would be complicated to implement.
especially without python code…
And yes, this is similar to Trine, but the puzzes are more complex, and will have minigames too.

Hello!
More one concept, in this time i get a image of florest in google images and do the color correction to see some ambientations and light.

Soon i will availiable a video with intial gameplay.
Bye!

Hello!
As I promised, I am providing the first video with the gameplay of the game. That is a sandbox that I´m using for test the game systems and performance…