Random thought: if Apple does make a modular Mac Pro with support for (their own) GPU modules… high end GPU’s usually are around 300-400 watt TDP. If they just threw enough GPU cores on a die to use 300 watts, they’d get something like 105 TFLOPs float performance. This is in contrast to Nvidia’s offering at around 300 watts, which gets something like 22 TFLOPs float performance.

That would basically negate all of the disadvantages to no longer using the unified memory architecture since transit time for assets would easily be overcome by the 5x performance boost in whatever the card does with those. Plus the card might have a crazy high amount of GPU RAM to begin with. Oh, and if they keep the current Mac Pro enclosure, you could probably have 3–4 of them, resulting in 300–400 TFLOPs—something you basically can’t do with a single computer right now because of limitations on PCI-E lanes (I mean, you could do it, but you’d be running your cards at like PCI-E 2x or 4x so scene transfer times would skyrocket).

True and at what price if the go that route. Considering how much they charged for Afterburner cards.

I would have preferred to stay on Mac OS too but recently there are too many occasions where software either does not exist on Mac OS, or is gimped as no Raytracing, or features missing that are Nvidia only (not even AMD cards work in some cases).

Yeah, as of right now I use my PC for most rendering. Sometimes I’ll use my MBP to start a scene, but I usually end up packaging it up and seeing to PC before I get too far. I think we are in a state right now with Apple where they have decided to get back in the race. They hit the ground running and they are moving fast—but they are still the last horse in the race.

I’m excited because I really believe that two years from now, I’ll be able to ditch my PC and have amazing performance on my Mac that I can take with me to a coffee shop. But we’re definitely not there yet.

Yes that is why I am really considering my build choice, because who knows in like 36 Months I might ditch it again… I am not having big expectations for M2 but if they keep to like a 18 Month Cycle by then we should see the M3.

Also by then I will know if developers have taken more interest or if it is similar to now.

To make my renders as fast as possible, I always put my nodes as close together as I can (for least wasted time);

And I use Turbo Render.

Not sure I got the first part.

On a side note I never realised how tricky it is to build a potential PC that is sub 400 W and is at least like close to M1 Max/Pro CPU wise.

Intel/AMD/nVidia TDPs of PC components cannot be compared with Apple’s ARM.
A 5800U with a 3060 Laptop RTX would be comparable, here the components run efficiently because of heavy power reduction.

In LuxCoreRender with light tracing (using both CPU and GPU to the max) the PC draws 270W from the wall socket (in Cycles hybrid rendering is not really efficient).

So when you calculate ECO mode for your Ryzen and 25-50% TDP reduction for the RTX via overclocking tool you will get closer to what Apple does with ARM.

Thanks for the info, will help my decision

For the next parts I decided to go for silence not and not less power so it will be a 3080ti after all.

I have been thinking about undervolting slightly but eco mode might be an option will see when I get the parts.

The Mac Mini cpu is faster than the 12 Xeon cores but for me it would only be the gpu anyway.

The max studio max max arrives in 4 weeks too.

I tell my students a to render with the free single cpu at “forgot render farm name” which only offers 1080P res and then upscale the image with bigjpg for their project presentations.

yes seems they change nearly every day now.
Managed to pick the card at about MSRP so I am happy.

Total is slightly over M1 Max with “same” spec but it will be better in multi core.

I did try one render service like that too but forgot the name too.

I am thinking of buying a new toilet seat. I really like the oak one: 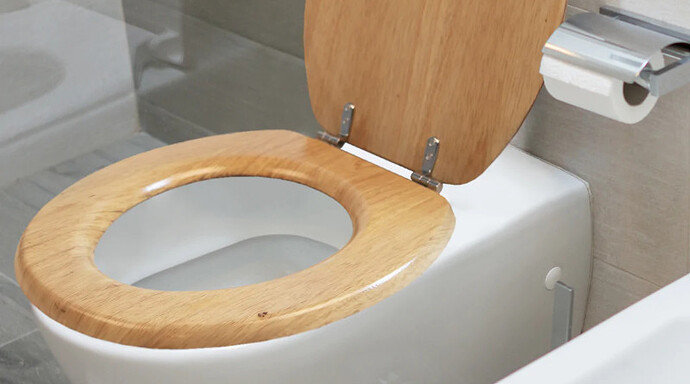 What do you think guys? Will it be comfortable for blending?

Wooden toilet seats are just begging for splinters in your ass.

True, but suffering is said to stimulate creativity. A windoze PC with an Nvidia RTX junk doesn’t piss me off enough yet.

You can always try Linux and see if it makes you feel better.

A custom cooling solution should bring noise down—I mean, Apple’s putting chips and cards like this in the Mac Pro, which runs effectively silently. But custom cooling is expensive (and time consuming to do yourself) and feels silly if Apple will be replacing it for you in a couple years.

One thing I’m waiting for is Crossover or Parallels to get DirectX 12 support. I don’t game often, but the DX11 limitation would be annoying for when I do want to. Plus there are some 3d apps that benefit from DX12 and can’t be emulated/virtualized.

Yes I am hoping they manage that, better open gl support would be nice too.

What do you think guys? Will it be comfortable for blending?

What a funny joke to distract from today’s sad news.

What a funny joke to distract from today’s sad news.

There was sad news today? What am I missing out on?

send you a PM