EDIT: some more info it would be nice if you could scale with loops locked where they are i do a lot of organic modeling where a lot of times this would have come in handy because i end up just spending a lot of time fiddling around even more so when it’s a complex curve.

This is not edge constrained though. All your scaled geo leaves their original edges. You want individual origin scaling with a separate transform origin at the end of the cylinder plus a falloff.

In the docs I mention this:

Since this tool required the implementation of a rotation and scale transformation tool from the ground up, it opens up a number of transform related opportunties in regards to where this could be taken.

Seems like it would fit into there. No ETA though.

Pretty much i just want to be able to edit the taper of curved loops.
and awesome I’m not in a rush thanks for humoring my idea

You would need a falloff for proportional editing that ignores the real distance and and instead calculates the distance based on how many vertices a vertex apart from another vert.
And then all vertices with the same distance would have to be treated like an “Island” of vertices with an individual origin.

hello can you create/improve snapping with verts/face/edge when scaling is active? this doesnt work very well at all with scaling in blender by default, this is very usefull for accuracy occasions but only moving (and rotating) works nicely by default i think… so like for example here is how it badly looks like: https://drive.google.com/file/d/1k4UYjzIQuTuBvkVZ6kMWiRp4AMFHhjkD/view?usp=sharing this little feature feature would be very welcome in this tool…

Machine3tools has grown a lot since the last big batch of videos were uploaded to Youtube - that’s amazing. Though I know many of the new additions have been written or showed in GIFs via Twitter, it would be nice if at least one video could be made showing a quick feature presentation of the latest additions to the package, for anyone who’s not aware of everything that’s going on (me included) besides the Deus Ex video.

The changelog is deliberately verbose to make catching up with changes possible and quick.

This is a free product, and if I had the time to create MACHIN3tools videos I would do it. But it’s hard to justify the time and effort it takes to do these, especially in context of ongoing development and documentation efforts for DECALmachine, MESHmachine and HyperCursor as well as product support for these addons.

All the existing videos are still highly relevant and maybe with DeusEx, I can spend some time on documentation for MACHIN3tools too, but in the end, there are only so many hours in a day. For what it’s worth, I work all day, everyday on my addons. Don’t even have time to do art, which I’ve been wanting to change for at least 2 years now, with little success.

I would need to clone myself to be able to do all the things people are asking for. I was hoping the youtube community might pick up on this and cover the various MACHIN3tools features. This is a considerable free content source for them after all.
But since a lot of this is driven by affiliates these days, they too have little incentive to do that for a free product.

For instance, I’m still waiting on anybody covering the group tool set released in January.
None of these features are particularly hard to figure out with the information I put out, with tooltips and maybe with some tinkering. I’m also always happy to answer specific questions.

What will most likely happen - hopefully sooner rather than later - is I’ll do longer videos just covering my work flow - maybe with light narration. This won’t be feature video level documentation, but it will give people the opportunity to see things in action, and ask specific questions, if anything is unclear.

I have considered hiring people to do support and/or documentation for me, but I doubt I or my customers would be happy with the results of that.
I feel like as the sole dev, I have an understanding of the tools and the motivations behind them, that’s just not possible for anybody else to communicate.

I’m open to suggestions on how to deal with this.

Personally i have never had an issue just follow you on twitter check out what you are posting and i go through the hotkeys and experiment.

Machine3tools is very straight forward and i don’t think it is really needed, but i think with the more complicated tools like DeusEx some people might need a quick tool overview.

On the other hand, while it may take time at first it may well help you in the long run. I think you have a lot of pressure on your plate specifically because of the high quality products you deliver, they are unmatched! I can only praise your attitude for aiming to continuously deliver. If anything please make sure that you are able to do so in a sustainable manner (regarding the future) and that you enjoy what you are doing!

I can imagine, if you are able to financially, to give hiring someone for additional support a try. Perhaps set a fixed budget for a certain target to see how it goes. So a project based salary, instead of hourly wage? Maybe start small and ask a few people to submit documentation vids, the best get the job? With limited costs you may be able to judge whether it is of any help to you. Idk, just trying to help out.

Those narrated videos would actually be very interesting especially if you could focus on the why behind the modeling operations you perform, rather than I do this and then function that. The process of getting there is what’s interesting and it may well be a justification for you to do art, win-win, right?

Anyone reading this, please see if you can help poke around maybe you know someone who could dedicate a youtube vid to Machin3tools.

+1 to those narrated videos showing just your work process. It helps potential users of your tools for sure, and if it helps you do more art like you want, it’s a win-win.

And like Hologram said, please prioritize above all else your well-being in a balanced/sustainable way, so that you can do the things you like without affecting your health/financials/etc.

How do you go about selecting verts, edges and faces in Mesh Edit, when using MACHIN3tools and all its features turned on? (The add-on binds 1, 2, 3 to Smart Vert, Smart Edge and Clean Up respectively.) Does it have a built-in alternative binding for these selections, or would I need to map new keys?

MACHIN3tools provides the Modes pie for mode changes, thereby freeing the 1, 2, 3 keys for the Smart tools.

This is mentioned and explained n the first 2 minutes of the 0.3 video, see https://machin3.io/MACHIN3tools/docs/

You also have the option to change the keymaps to anything you want in the addon preferences.

Yeah, so don’t use it on a mesh without any faces. Obviously, you can’t smooth these.

I would need to clone myself to be able to do all the things people are asking for. I was hoping…

So i have come across a problem and sorry if I’m bothering you there might be an easy way to fix this.

when I’m working on a mesh with lose parts and i hide all the other parts the clean mesh operation will fuse meshes together (and yes i could turn doubles off but i actually want it on to get rid of any mess i might have left!)

So if possible to have a check button that only effects visible meshes or maybe separate geometry only ill leave an example video below :).

I couldn’t even begin to tell you how many times i have messed things up that im working on because i forget it works like that!

This is native Blender behavior, in particular of the remove doubles op.

Your problem is not the tool, it’s you intentionally having multiple vertices of the same mesh in the same location, so naturally they will be welded together, once remove doubles is run.

Split these separate parts into separate objects. Both cleanup and remove doubles will then correctly work across multiple edit meshes at once, without merging between each other.

Is there a quick and easy way to move the origin of the group (I guess that’d be the group/empty itself) without moving the children? Preferably not involving the 3D cursor.

Updating Blender, bought Deus Ex, catching up with new features like grouping. Loving all this so so so much.

Question - is there a way I can add some of this addons’ functions to the Quick Favorites menu? More specifically, the Clipping Toggle (something I’ll be using so rarely that a hotkey for it would be easily forgotten). Since there is no button for it, I can’t RMB>Add to QF…is there another way?

EDIT: Trying out the Edge Constraint tool. Unfortunately it seems it affects certain navigation configs - I use alt + LMB to rotate around in the viewport. After activate this tool in mesh mode, I can no longer rotate around unless I go to Object mode. 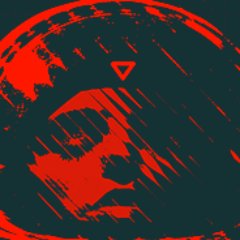