I just finished modeling this pokemon last night and rendered it with an HDRI as the background and light source. I wasn’t sure if to post it in the finished section as I think there might be room for improvement such as adding the other two evolutions of it or re-rendering, tweaking lighting, etc. Also I was having some trouble getting the pupil correct. I tried using a texture but it got stretched and was ovular. Right now it is just a small circle placed in the correct position. I’d like try some rigging to have it follow the contour of the sphere I used for the eye so that I can animate it.

The magnets were probably to weirdest to model. I attempted to model them by hand, using a curve to guide an array system, then finally just used a Text “U” and converted it to a mesh. For the screws, I used the Bolt Add-on and played with the settings till I got what I needed. Simple materials right now. 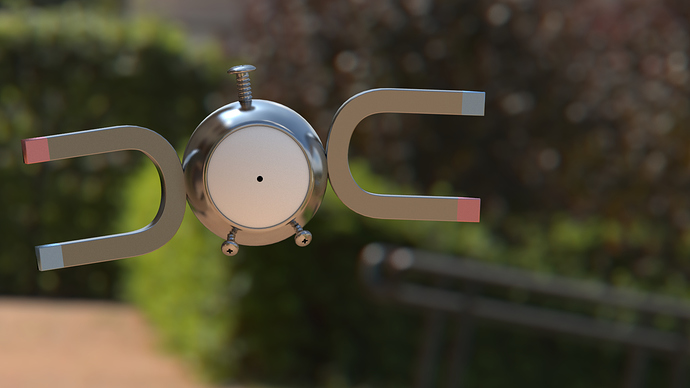 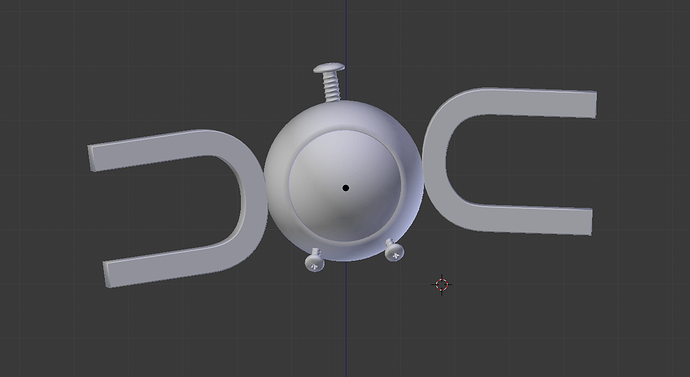 The magnets look a bit thin.

I see what you’re saying. I’ll see what I can do. I wonder why I made them thinner. I was using this as reference… 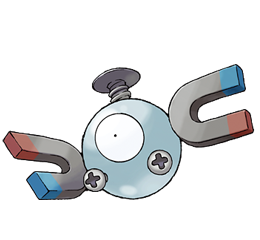 You used a letter for a magnet. It happens.

Okay so I fixed the magnets and also narrowed the eye hole. I also changed some materials settings. The magnet poles are a little “richer” and the body is a little bluer as it looks in the reference. I figured out how to do the eye thing. I set the Pivot Point to “Active Element” and then I’m able to rotate the pupil disc and eyeball without messing up the alignment. 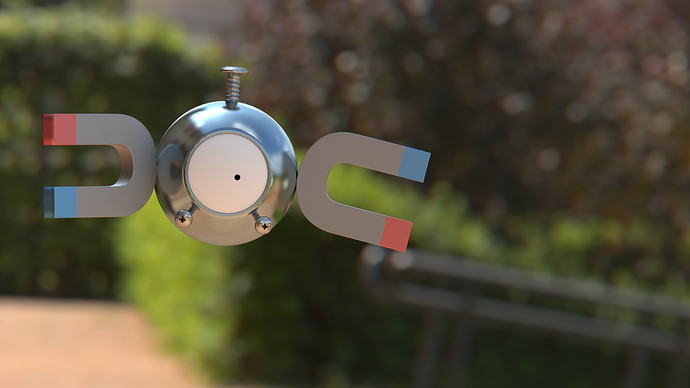 Yeah that looks much better.

Smart. Looks better now. Scale the top screw a bit up. if you belive in the drawing it should be a bit bigger.

Yup. Scale the screws and that’s it. You are done.

I didn’t want to make it as big as the reference. I originally did and thought it looked odd so I only scaled it up to about half of the reference. I also repositioned the bottom screws and enlarged the bit to better match the image. 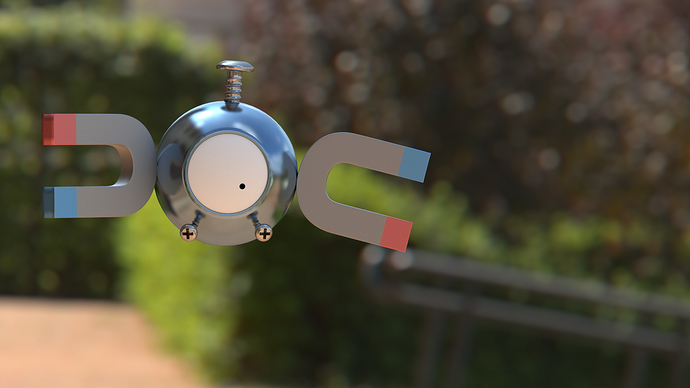 Cool beans. Now that’s a Magnemite. Keep it up you might pull off a Live Action Short.

Thanks to everyone for giving me advice. I’ve gotten a couple of likes over at the BlenderCookie gallery.

If Pokemon series were like this, I’d watch for sure.

I never liked this pokemon, he was to weird and stupid lol.
But you did it well though.
Perhaps the bottom screws should be a bit bigger too.

Nice! I always drew Magnemite as a child, perhaps because of his simple shape. I kinda want to try to do this now… you did a very good job though. But, how come the magnets don’t reflect the environment map like the head/body?

It looks pretty realistic, but I’d echo what ColossalCake said and suggest making the magnet shader more metallic. Also, see if there are any additional details that you can add.

Nice! I always drew Magnemite as a child, perhaps because of his simple shape. I kinda want to try to do this now… you did a very good job though. But, how come the magnets don’t reflect the environment map like the head/body?

Exactly. I thought about making them reflective but if you look at the reference, they’re a different color than the “head” and I figured that meant they weren’t reflective whereas the head was. Thanks everyone for the comments! And excuse my late reply, I don’t get emails when people reply to one of my threads.

It looks pretty realistic, but I’d echo what ColossalCake said and suggest making the magnet shader more metallic. Also, see if there are any additional details that you can add.

I’m thinking about adding the other evolutions. I like what I did as it’s so different from the actual series.

I wanted to animate it but I was having lots of difficulty finding reference animation from the anime. They don’t really move that much in the anime other than just hovering everywhere. Like the magnets don’t move at all. The evolutions of Magnemite are Magneton and then Magnezone. I think Magnezone will be really fun to model. 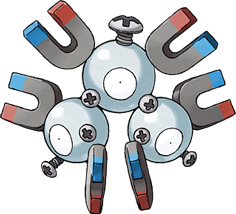 Edit: I just subscribed to this thread so I’ll get emails now.

Anyone know how to make subscription automatic?