Make a vert and edge without triangles

Could anyone please suggest the proper way?

like in gameSpace you can add a vertex or add edge

Can this be done in blender cause it’s very very simple in gameSpace so I can’t see this feature lacking from Blender at all?

Blender’s mesh system only supports 3 and 4 sides faces, so you can’t really do this. And it’s not that of a simple feature since it requires a lot of code underneath to enable to have N-gons (n sides faces).

There are some works behind the scene to recode and implent a better mesh system into blender. One of the results will also be N-gons. There isn’t a particular date when this will happen, but I’d predict that maximum in a year it should happen.

Besides, it is possible to make good models with the current system, so you shouldn’t be discouraged to continue modelling in blender

So how can I simulate the same thing then? Is there a way to implement this?

The main alternative to triangle creep is using the loop cut tool, which is CTRL-R. It’ll cut a lot more polygons, but it’ll generally leave all the ones it does cut a lot neater.

yeah i was sort of trying to avoid the loop cutting too but it’s better than having the triangles in my case… so i’ll have to go with that until we get N-Gons and all!

I just was really hoping I could get the same effect that I described here in my first post that’s in gameSpace; it would have been real sweet…

so hopefully we get this feature REAL soon lol… cause I love Blender already and I just started using her recently and she blows away any other 3D modeling software I’ve used in the past and gameSpace’s interface just sucks Blender kicks ass!

Many ways to skin a cat. I’m assuming from your images that you want to make an edge in the face that’s at the end. 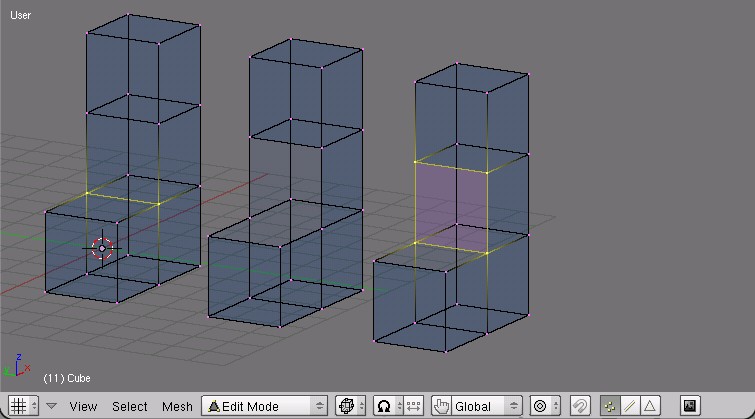 Select and delete this edge, which removes two faces. Replace this face. 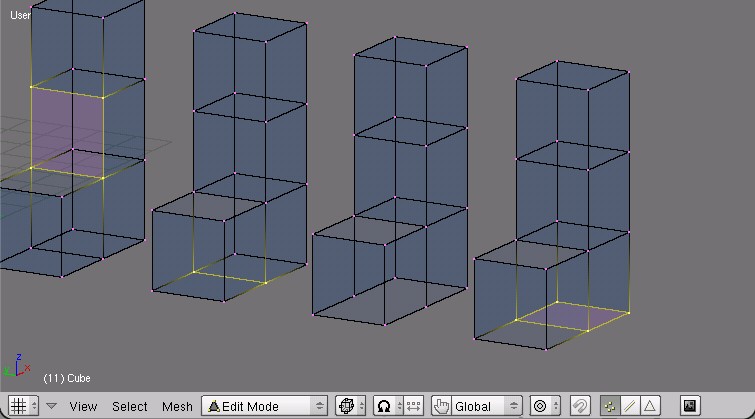 Do the same with the edge on the underside. 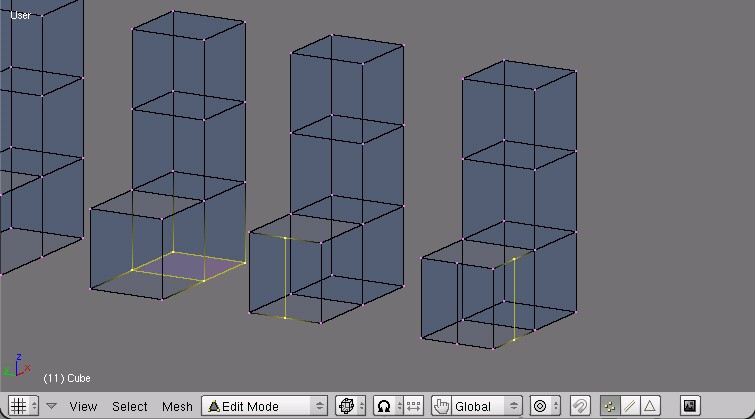 Then do a loop cut on two of the remaining faces, including the face you want to cut 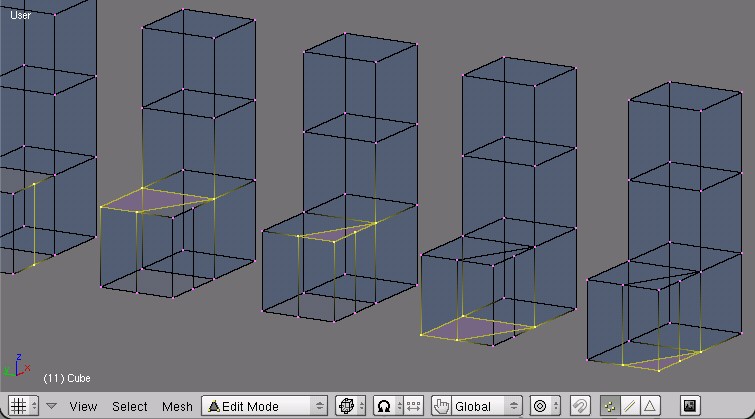 Fill in the holes with quads.

While you do use the loop cut tool, the cut doesn’t go very far, because you’ve temporarilly isolated the face you want to cut. The second side is cut to ensure all quads in the mesh when you replace the missing top and bottom faces. 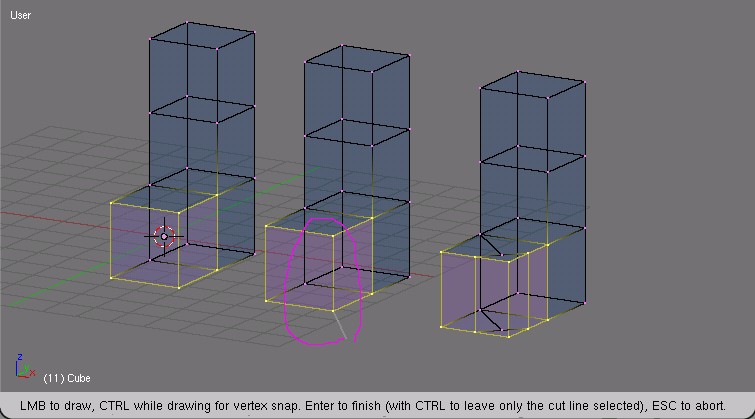 Select these faces, use the knife cut tool [Shift+K>>midpoints] and drag the knife over the four edges shown in the middle diagram.
leroi (leroi) April 6, 2007, 3:04pm #8

Orinco, YOU are the man bro; that’s a lot better right there I’m surprised I hadn’t figured that one out…makes total sense and I appreciate the help guys/gals thanks a bunch!

I still can’t wait until we get the n-gon stuff cause that is quite tedius especially if I were designing a high poly wardrobe for example for one of my characters…this job would begin to get very tedius and I’m not that fluent with Python yet I know 12 other languages some are similar to C or derivatives thereof so I shouldn’t have an issue picking that up and then I can automate such processes, for the most part, such as this!

And again, thank you a bunch!!