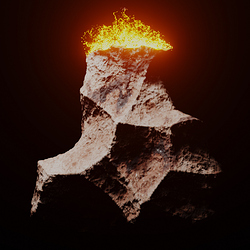 mini.jpg1025×1025 278 KB
Hi there,
I want to present to you my little animation to a music video of my lovely band, and great friends

It started with my friends asking me to do some easy short animation loop with bright colors wandering around. And I delivered!! A little bit too much, much over deadlines, still unfinished.
Whole video was a test how easy it would be to use the whole pipeline in Blender. And I must say it did great. There is a lot I would fix, change and finish, but there was no time for that.