So I have a Makehuman model that I’m trying to get UVmapped. I try using Makehuman’s UVmap exported. But when I bring it over to Blender, and Unwrap my model. It looks nothing like the Projected map.

How can I get the model to come apart like the projected map looks like? Or would I need to hire someone to do the seams for me? Since I’ve spent all day trying to do the seams and each time it comes out horrendous [random verts will be at different locations, parts of the body unwrap well, while others are looking like hatchet jobs, etc.].

Thanks for any help y’all can give thanks.

Not sure if I understand your problem: The exported file from MakeHuman already has UV coordinates that perfectly match the corresponding textures. Why would you want to unwrap the mesh again!?

Because I wanted to add my own skin textures to it. And all the youtube videos for that needs the image to be unwrapped. Then export the UVmap to add to it. For everything from photorealistic eyes, to tats, to everything else. Needs the image to be unwraped. That and I tried doing it unwrapped. What I got was a huge, twisted mess with lots of gaps what looks like scaring, and odd little things popping up.

So if I wanted to do it right. I needed to unwrap the model so that everything matched up with the projected map. Which incidently didn’t work. 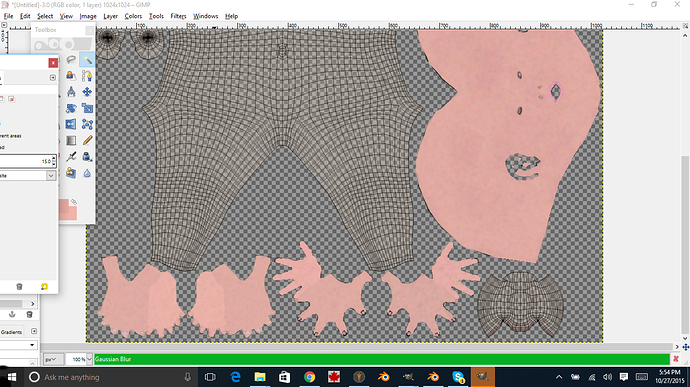 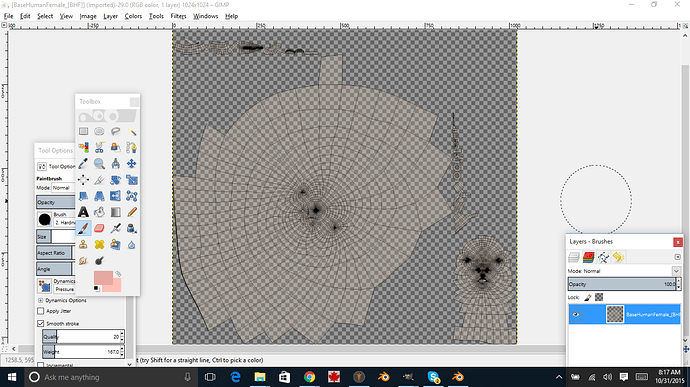 So why would I unwrap it? Because I needed the UV Map image to line up with the actual model.

So my problem is getting Image 2, to look like Image 1. So that the projected map [which by the way doesn’t work], lines up with the model, so that the changes done to it. Effect the model like it’s supposed to. Rather than the fail whale it is.

Again: The model IS already unwrapped the way you want it.
This is the MakeHuman model’s UV layout directly after the import: 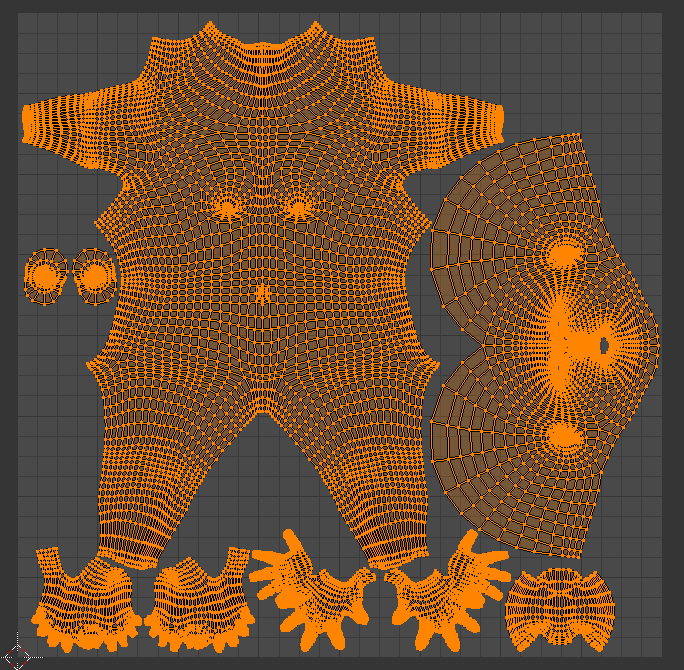 Just export the EXISTING UV layout and paint over that.

Every attempt to unwrap the mesh again will of course fail because no seams are defined. But you can recreate the seams with the UVs > Seams from Islands command and then do your unwrap. This will, however, not result in an identical UV layout because of a different way the UV islands are packed.

If you have issues with applying the maps to a MakeHuman model, please supply an example .blend file that illustrates the issue. Just did a quick test, and the exported maps from MakeHuman seem to fit the exported model just fine: 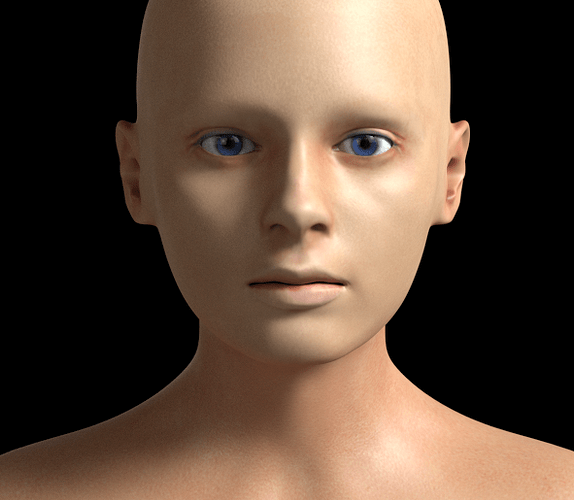 So I’m going to have to redo the entire thing. Awesome. Thanks I’ll let y’all know if I run into the same problem again after I redo this.

Don’t know where the problems started, probably a random glitch [since it started messing up when I tried bringing over the touched up map. Still thanks.]