I would like to animate a drop falling on a slope surface, and then, flowing according to the slope.
Example: 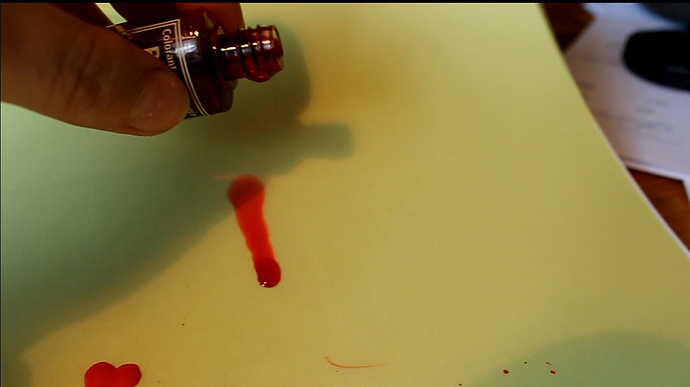 I thought, but I don’t find any solution.
I’ve tried with shape keys, which was for me the best solution, by deforming my sphere but the result is completly desappointing and uggly: 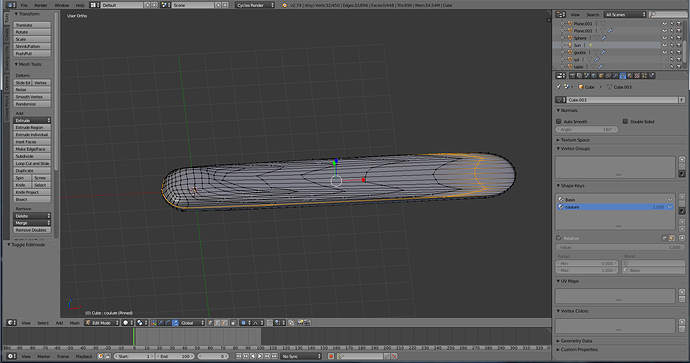 Does someone have an idea to help me?

You can look at the dynamic paint tools http://www.blender.org/manual/physics/dynamic_paint/introduction.html
https://www.youtube.com/watch?v=PcWXFtnh2bk

Thanks for your answer; I didn’t know about dynamic paint.
But, if I understand a bit, the drop flowing will affect the floor which should be the caneva. But if that is right, the problem is that the drop and its drag xill be “separated” like that, no? 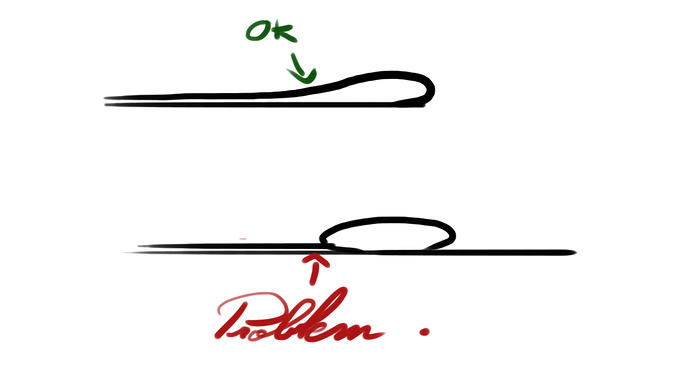 Anybody to help me?

Make the flowing drop as you have in the image above, with OK next to it.

Add an armature with two bones, parent the “end” or “drop” part of the mesh to the second smaller bone, make this bone a parent of the first bone, so it does NOT inherit scale.

As an added bonus, you could put a driver or transform constraint on the X and Z scales of the main bone so the “smear” gets thinner or narrower as the “drop” moves away, you could also add drivers to the “drop” bone so it too gets smaller as it moves.

I will look at doing a sample blend file later on today - got to go out now.

The other option would be to use a curve as the path and animate the “smear” as a bevel object, by altering the start and end values, then add a curve modifier a separate “drop” mesh so it moves along the curve as the “smear” progresses, see my website, fourth page of the “Cord on a Drum” tutorial for an example (the snake pictures. You have to go through each page to get the link to the next one.) website is: http://www.lafavinie.f2s.com/blender/index.html

OK here is a first quick go at it - just press play:

I will look again in more detail later today.

Thanks very much for your answer! First, I have to understand how bones work… I’m going to do that during the week!
I took a look to your .blend; really interresting! You’re close to what I want…
But one detail still block me: how to do that in a realistic way, so with the irregularity of the smear which requires subdivisions (I think).
The best example is the tutorial of A.Price: https://www.youtube.com/watch?v=sO8kw0a2ZeI
Ideally, I would like to animate the drops as those of this tutorial…

Sorry for double post, I’ve just got an idea: ils it possible to generate quads behind the drop: as long as it is going down, smear is created by quads generated by the drop… 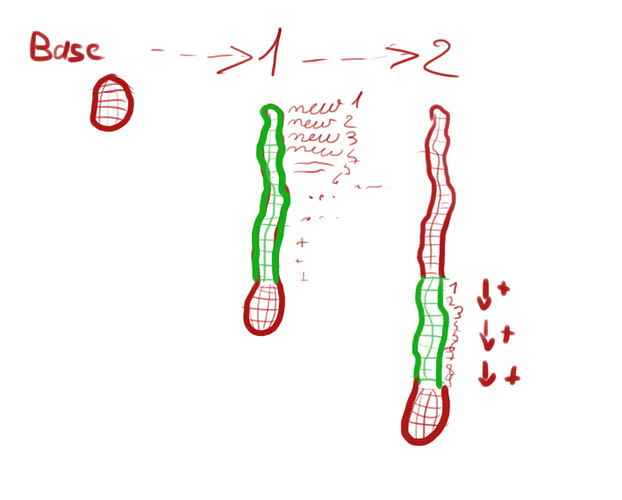 But I’m a beginner in animation, maybe another idea to make a realistic drop is better!

Yes - what you need to do is expand on the complexity of the armature and mesh, more bones and more quads!

I do not have time to look at this for a day or so, but I will give it some more thought.