im a noob so bare with me for a sec… i know how to move things with the keyboard and such, i know how to model(but am very bad at it) i know the interface… what i can do so far is make my spaceship(really its just a big A…)is make it fall =) but i can get it to move right on a plane, what i need to know is how to make it ‘Fly’ as in without the plane… i managed to do it with a cube at some point but it was just using the location thing(no physics) i also want to know how to make something turn… like… you’re flying forward, and you make a slight left… instead of doing a roll and pulling up…(would like to do that aswell) i know how to rotate it and everything…

Well, since we are talking about a “space” ship; in space, gravity should be 0. So that’s something you’ll need to set either through python, or in the world properties (because it’s 9.8 by default).

Now, as for movement, the ship would definitely have to be a “physics” enabled object (so set as an actor->dynamic), not just so you can use movement methods like linear velocity or force, but also because of certain collision detection issues that would require that.

I don’t know what your problems with movement are exactly, because I would think it would just be a matter of assigning the right actuators to act on specific sensor activity. That said, I think using force would probably be the best movement method for a “space” ship.

I made a simple .blend file to try and help you out.
I’ll try to answer any questions you have
Here it is: http://www.savefile.com/files/1105113

thanks…didn’t think about gravity…although i should have… i’ve been using endorphin for awhile and i mess up the gravity a lot… lol…wheres world properties?(i feel stupid)

what i meant with the movement is like…i can’t explain it, i’ll figure it out… you need python to go first person and have HUD right?

oh, and thanks for the file… its still falling =p… at least it turns…

You go to shading (F5) and click on the button on the far right that looks like the earth.
Don’t feel stupid, it took me a month to figure out where they were. 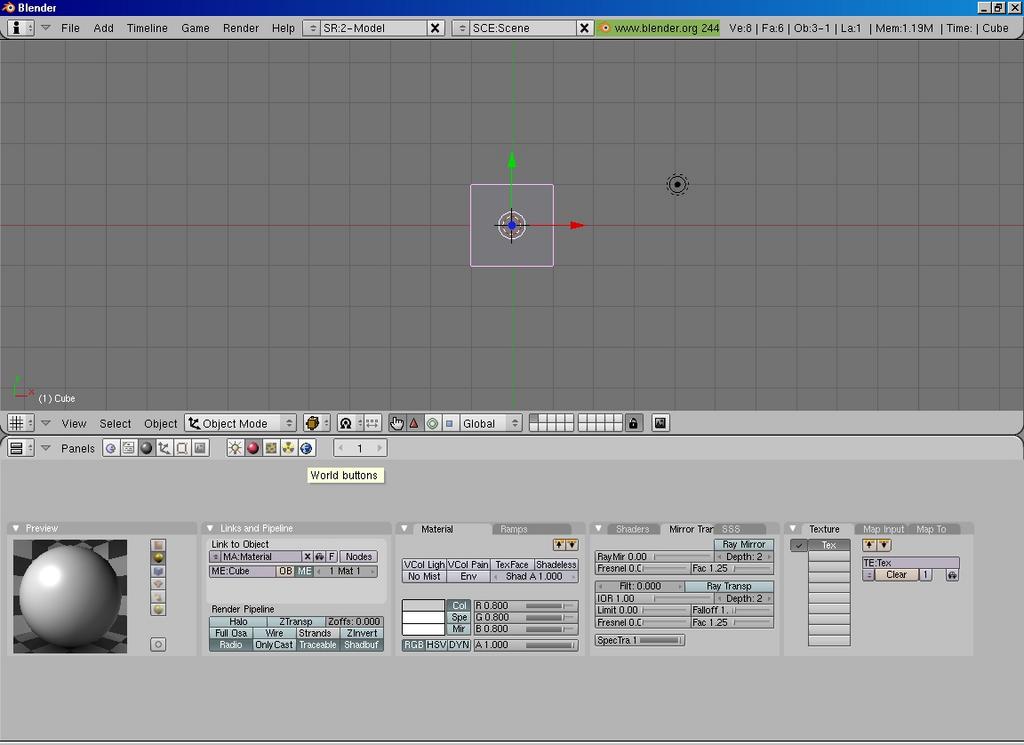 hmm…when your ship turns it turns but goes down… any way to just make it turn flat?

Hmmm… I’ll think about that. It may require an ipo.

just as long as its possible…=) also… it possible to make a ship land? as in slow down-stop-land… i have a plan for a game laid out… just need to know what i can’t do