there are some things i could have done better but i didn’t originally intend to render an image, but i can’t apply this to my Fortesque model now. 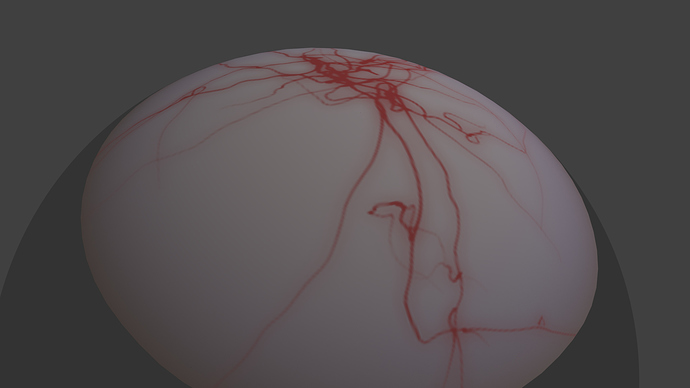 the veins were made with the ivygen addon and subdiv modifier, they were made to emit light underneath translucent (if not volume scatter) plane which was rendered in black&white and inverted.

the first misstep was not rendering in full samples, which i later did with the shaded surface.

the white and the red are both subsurface scattering and gloss, the surface is being shrunk warped to a “transparent” sphere. 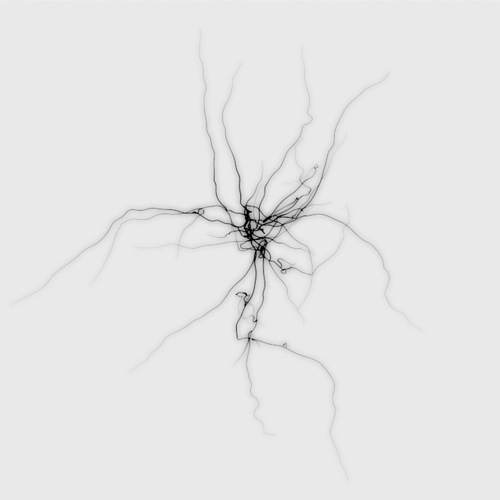