Making Hair Guides Out of a Mesh

I have written a script which can use the edge loops of a mesh object to create guide hairs of a hair system. The idea is that mesh modeling tools can be used to sculpt the general shape of a hair system more quickly than it can be done in particle mode. The hair mesh can also be a reusable starting-point or a backup of a hair system. Its wiki page outlines some of its limitations and weaknesses so if you want to experiment with it head there. You’ll have to go to the tracker page (attachments …

I wrote/assembled a script that will turn edge loop of a mesh into hair guides. My idea is to make it faster to get the general shape of a hair system down before having to go into manual styling. The script is pretty terribly written at this point and all of the settings are hard-coded into it but when I run it, it works well enough to get the point across.

If you want to play with this script, download the attached blend file and keep these things in mind:

I think the functionality hinted at by this script would be very useful but this method of creating hair (via python) is pretty fragile and seems limited. And it seems to introduce some rendering artifacts to the head object. At this point, I just hope this’ll generate some discussion.

Here’s a brief video that says pretty much the same thing: 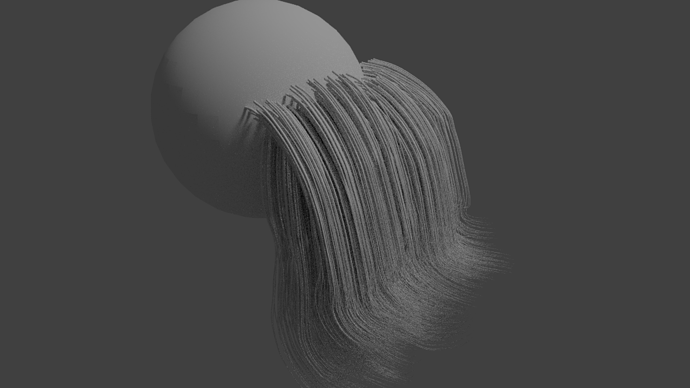 Why no comments I wonder, seems super useful! Hope more devs jump in and help you brings this add on to top level! User defined guide for hairs is really welcome.

Keep the good job and congrats

looks really useful, maybe people don’t comment much on this 'cause it’s a thread in python support, should be in released scripts!

I wondered about which forum was most appropriate; at this point, it doesn’t feel like a script that’s ready to be released so I posted it in here. I guess I’ll share it in the released section next time I update the code. Thank you both for the tip and the feedback.

I think we could use this kind of technic.

Make normal hair, add children, convert them in poly and use your script to comb a new hair system with the poly curves.