I’ve gotten tired of flat hard surfaces for the moment, so i’ve watched a few tuts on the sculpt tool and had a bit of a play… its an extremely pleasing toolset to learn. now i know the shortcuts, its very fast and intuitive… last time i did any organic models it was an arduous process of moving verts in maya… its seven multires layers from a cube, and so far still very responsive… 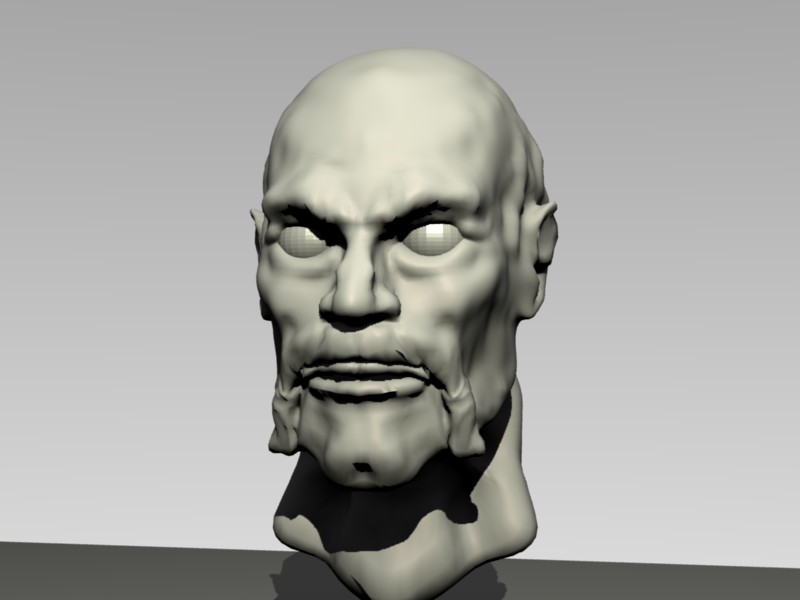 Looks cool. Maybe the eyes could use some more work. Do you plan to rework the topology and animate this?

i played with the sculpt a little more - theres some wierd artifacts showing in the render which i think are from having too-high an angle between normals for the ‘all smooth’ function to make nice and i wanted to get rid of those, and did a little work on the eyes. it struck me that this head (now) looks like patrick stewart with a handlebar mustache (at least i think so) which i found pretty amusing, so ill polish it up a bit, but im not interested in animating it - i know zero about animating… i might do a turntable anim at most. If the polish looks good i’ll retopo it so i can get a decent ‘sculpture bust’ model out of it. thanks for commenting

edit - if i remove the multires function and put a subsurf on instead all the render artifacts are gone, is this a normal work flow to get a decent render?? 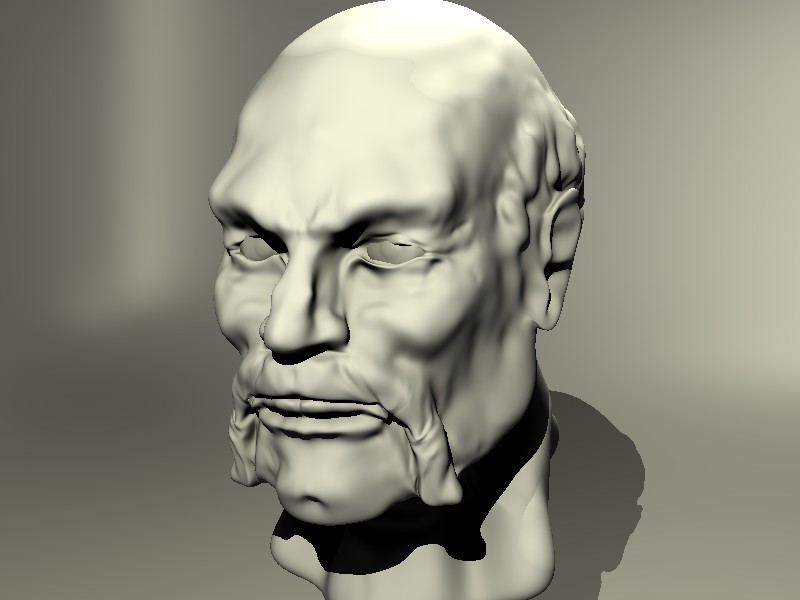