So I made this short over the course of 9 months starting last July. Working on it was essentially how I learned Blender and I have a lot of you who answered my annoying noob-ish questions to thank for helping me along the way. I’m a film major and it actually won at my school’s film festival! It’s currently making its way through the rest of the festival circuit. Enjoy! 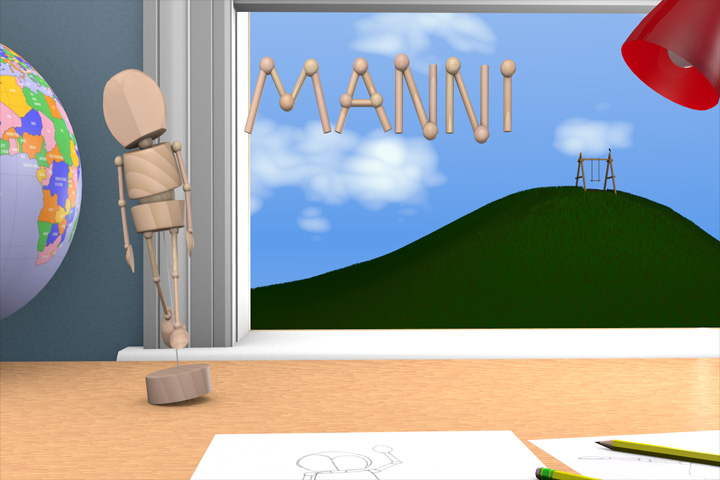 I applaud you on a job well done!

Fantastic! Really inspiring!!! I especially like the camera movements and the animation…
Everything is in the right place, I would have just liked to see some more trees in the garden…
5 stars!
And great music too

The only thing I didn’t like so much was the moment when Manni jumps out of the window. And that’s the point: He ‘jumps’. Although it’s only fictional of course, this is physically not possible. The only thing he could do with his base cylinder would be to swing like at the beginning of the film. I don’t want to be fussy but this kind of ruined this most important scene for me. Apart from that it would have been much more dramatic in my opinion, if Manni had desperately tried to swing so strongly that he could free himself although this way he would fallen head first out of the window…

hey dude, very nice work. I think the most difficult part of a movie is not the animation at all, is find a music that match perfectly with the scene, and you did very well congratulations.

when we see the movie, we all know that was made by someone that is still learning, but in the end, we forget it, because was so inspiring and at the same time very dramatic. I REALLY LIKED

Thank you all for your comments!

And Skydiver, I know exactly what you mean and I actually talked to one of my professors while animating it. She brought up the pretty valid point of adjusting your chair without standing up. It’s the upward force that lifts it off. You don’t necessarily need to push off of the ground. Another example would be someone jumping a bmx bike, I guess.

Paolo Di Luca and Gionavvi, I couldn’t believe what a good job he did with the music. He’s a friend of mine from high school who’s currently going to Oberlin for music and all I told him was “make it bouncy” and he made this amazing score.