I started to model this vehicle with all details from the past 3 months. I needed a SUV for a short film I’m making for my student thesis project. I went berserk with detailed modeling. :o
I have modeled a lot of details though it is not required for the film. Modeling of the interiors is still under progress.

The following images were rendered using LuxRender. I’m using LuxRender for the first time so could not fix the materials to what i wanted. Also Lighting is simply the default LuxRender settings. Will figure out LuxRender once I finish with my academics.

The character is Porl which I downloaded from Blendswap

I’ll add a full view of the vehicle sometime soon…

Added a few materials and did some compositing. The main body is still not textured. 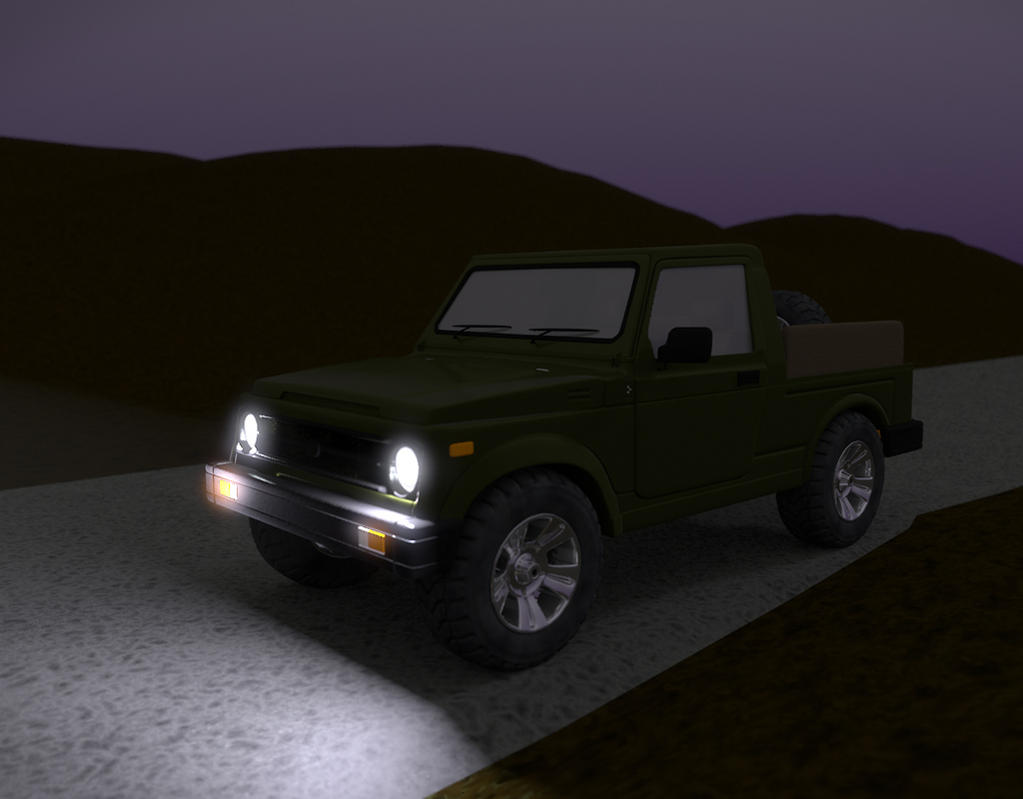 Looks great to me! Makes me wish I knew more about compositing…

This is a test render just to get an idea of LuxRender interface. Had it rendering for 16 hours…

A bit too much since the model is still not finished… Tone mapping in Luxrender is wonderful…
I have used LuxBlend build 36242 with Luxrender 0.8 RC2.
Will try out a night environment render sometime later. Still figuring out LuxRender materials.
The lights in LuxRender are probably best when they are meshes… Converting from blender materials and lights does not work as expected… Probably needs some more time to figure…

Blender crashed about half an hour after the rendering started… I was using external renderer mode so the rendering happened in Luxrender GUI. 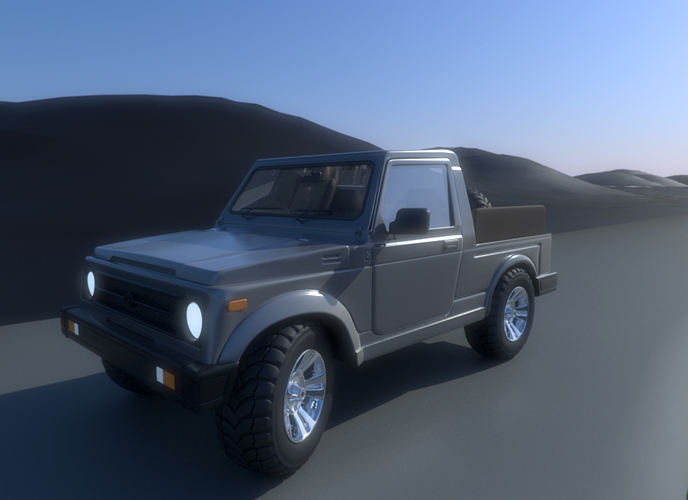 Yeah the model is not exactly to scale. Needs a lot of texturing. More work. :o
Still have to unwrap the whole mesh. I’ll probably use BI instead of Luxrender.