(just the head so far) 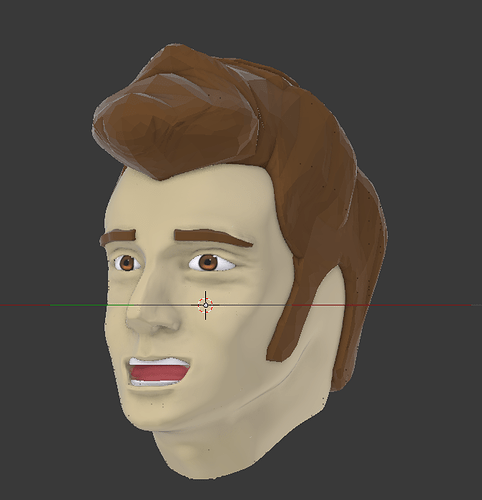 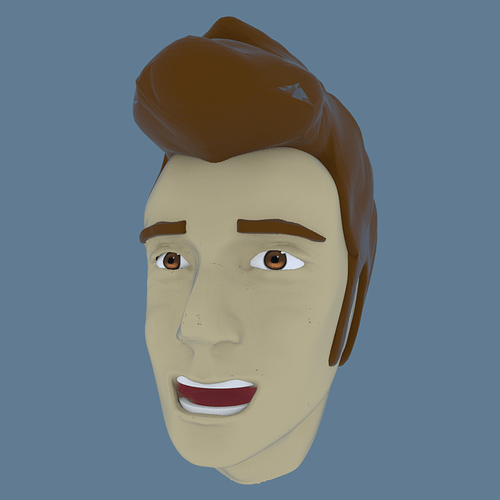 I think the skin is what i want to work the most… its very lackluster as it is. The material is just a color texture painted over ambient occlusion.

For a better approximation, preview using the rendered view mode rather than the material view (the latter doesn’t make use of environmental lighting for instance).

I know, I’d like my rendered view mode to LOOK like my material view mode. Im not using any environmental lighting either

Set the environmental strength to 0 then if you don’t want any influence from the background. 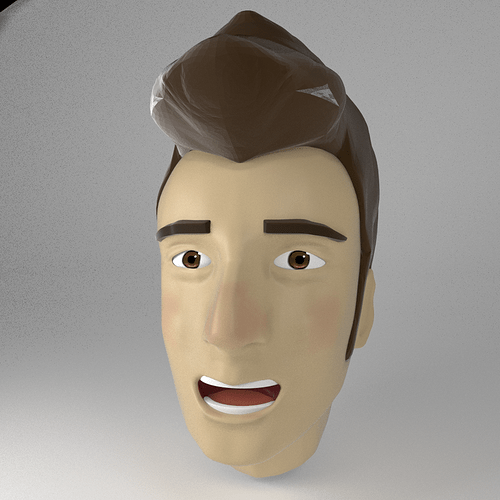 You can always start a thread in the Works In Progress forum if you want image feedback (while it’s being worked on). That is why it’s there.

this better illustrates my point:

The material view drawing modes like SSAO is only for viewport rendering (ie. not used by Cycles).

Everything Cycles does material-wise is done through the node editor (it also has an AO node by the way but it only adds light).

SO how can I amp up my ambient occlusion texture?

I want my model to look like it does in the viewport when I render it, so how can I achieve the same effect?

Press the little camera button in the lower right and it will produce a viewport render with anti-aliasing and no editing graphics.

The solution then is to not use Cycles or BI at all.

pretty cool, but still not what I want. When I bake an AO map, the only shadows on it are pretty subtle. Can I make more/bigger shadows?!

Change the AO distance in the world tab

Thank you!!! higher or lower values?

Working on my skin shader: 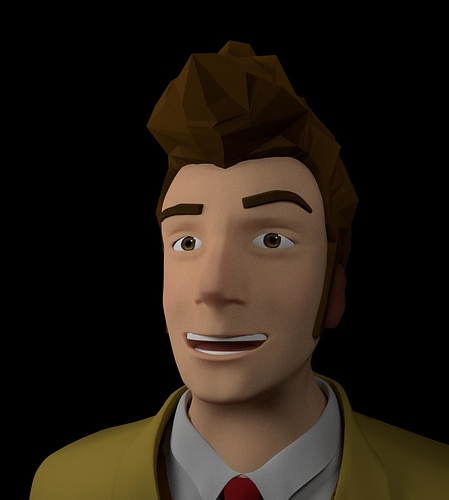 and added SSS, but now there’s a bunch of noise, and I can’t get rid of it… I’ve tried all the usual ways: clamp direct, clamp indirect, more samples, higher resolution, filter glossy, etc. I think it might have something to do with my lighting setup, which is two planes with emission shaders and a back hemi. How can I get rid of it? Ignore all the other bad things in this render (ears, eyes, etc.) just focusing on the skin for now.

It doesn’t look that bad in this picture, but on closer inspection the skin has a bunch of noise.

The raytraced SSS that Cycles uses is a very complex shading type and will take more samples to clear compared to plain diffuse or glossy.

It’s something to be expected with pathtracing.

i literally used 10,000,000 samples… there was barely any increase in quality and render time…

anyone else know something i haven’t tried?

update: fixed the eyes, added to the skin material, fixed his mouth a little- 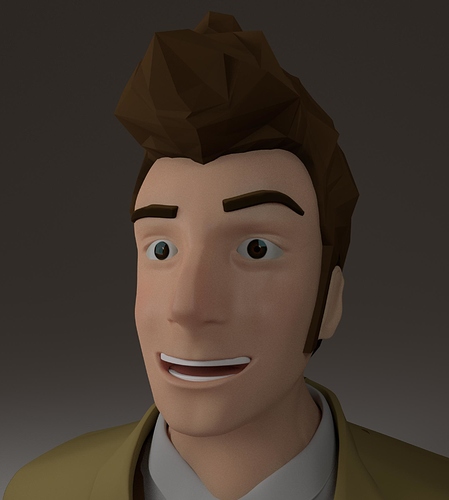