But ZBrush 2022 is the current version.

This is only interesting if you were using an older version.

Yeah, ZBrush 2022 came out in like November last year.

I know, didn’t want to spoil everything before. I guess I better just add the other two bullet points then

None of that is new though, it’s just a copy and paste of what’s been on their website for awhile with a note about the resellers being wrong but I’d bet a couple bucks it’s correct. They’re being way too cagey about everything trying to avoid the natural freakout that’s going to occur once they announce anything solid about old license upgrades.

Yeah. It’s getting more and more obvious that Maxon will change things for the worse around the next major ZBrush update, probably upgrade pricing that will force users to go for a subscription.

3D-Coat and Blender, come into my arms my friends!

3D-Coat and Blender, come into my arms my friends!

Weren’t you initially interested in Nomad Sculpt? What happened there?

His daily change of heart

Yeah, I can understand that. I change my mind on things at least 20 times per day.

come into my arms my friends!

Ping me when they add a multires… Hehehe…

By the way, does 3dcoat have polygroups?

I got so many questions…

You have install/uninstall on hotkeys…

Weren’t you initially interested in Nomad Sculpt? What happened there?

His daily change of heart

You have install/uninstall on hotkeys…

You’re right guys, I’m a restless borderliner when it comes to tool switching. Among other things it’s the joy of (re)discovering new and old tools, getting excited about them and using that excitement for sculpting inspiration.

Right now I’m about to render a new sculpture in Blender Octane which I started sculpting in ZBrush (before the ‘Maxologic’ news), then finished sculpting in 3D-Coat.

Regarding Nomad Sculpt: I’m still interested in that, but I haven’t got an iPad at the moment. My wife said that I can have her ‘rose gold’ colored iPad Pro soon, when she’ll buy a new one.

Regarding Nomad Sculpt: I’m still interested in that, but I haven’t got an iPad at the moment.

Not before you get that VR headset and put that excitement into Substance Modeler!

I just received a brand-new workstation yesterday, and performed an ‘offline activation’ install of ZBrush 2022 for it, as well as my other desktop and laptop (I have two licenses).

Success! I’m hopeful these installs will soldier on for me, for years to come … just as my Adobe CS6 suite has done, for the past decade.

While doing that, during my several visits to Pixologic’s “My Licenses” website, last night … I noticed the tabs along the top of that page for ZBrush, Previous Versions of ZBrush (which were available all the way back to 4R4, for me), Luxion and ZBrushCore.

I decided to try migrating my copy of ‘Keyshot for ZBrush’ over to the new computer, earlier tonight … and – just my luck – logged into “My Licenses” to find that the only tabs remaining there now are for the current ZBrush (2022) and ZBrushCore. No information on my Luxion ‘Keyshot for ZBrush’ purchases is available there, anymore … and – though I’ve submitted a support ticket on the matter to both ZBrush & Luxion support – I fear my copy of ‘Keyshot for ZBrush’ has just been lost to the internet ether (I’d already uninstalled it from my other desktop, since it’s only allowed to run on one computer). -_-

If only I’d clicked on that ‘Luxion’ tab (which I know for a fact I’d seen there, just last night), and written my Keyshot serial numbers down. >_< Ah, well.

Just following-up to mention that Luxion support came through overnight with the information I needed to complete my ‘Keyshot for ZBrush’ installation!

I’m relieved, of course; but it’s still slightly alarming that the very serial code I’d needed had disappeared from ZBrush’s “My Licenses” page, just the night before.

Always save a backup copy of information like that locally, is the life lesson learned here. ^^;

I just reached out to them today to. I went to upgrade keyshot for zbrush due to keyshot moving to subscription with the next release. I noticed no keyshot license tab … waiting for them to get back to me. Think I might just go ahead with the offline zbrush licensing too.

The problem with offline activation is, afaik, if you change hardware, you won’t be able to activate Zbrush with the same key you generated for your previous pc?

Damn, never thought of it that way. Moving back to mac end of the year so that’s that I suppose. They all love to just hook you don’t they.

I just came across this news item: 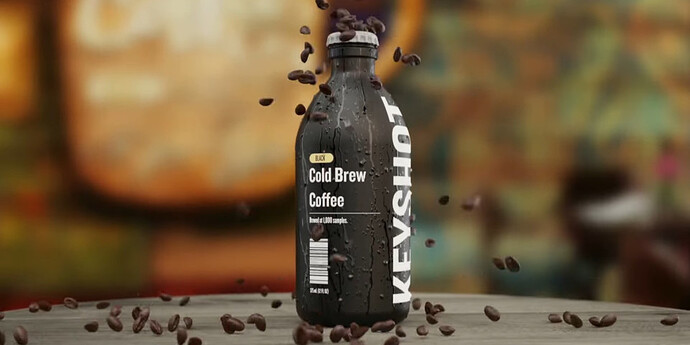 Rendering and technical animation app to get 3D painting and physics tools. Sales of perpetual licences and KeyShot HD will be ended.

Sales of perpetual licences to be discontinued, along with KeyShot HD

Existing perpetual licences will remain valid, but users will not be able to access new subscription-only features, including the new KeyShot Web Viewer.

Luxion is also discontinuing KeyShot HD, the old entry-level edition, in favour of KeyShot Personal Edition, a subscription product described as a “more basic version of KeyShot for freelancers and individual users”.

Personal Edition users will be limited to installing KeyShot on one machine at a time, not three; and will not be able to install add-on modules, required to use the KeyShot Web Viewer, and for network rendering.

The Personal Edition will be supported only via Luxion’s forum, and will not receive phone or email support.

So I guess Luxion is ‘doing a Maxon’.

Come into my arms, Cycles, Octane and LuxCore!

They will merge and create Maxion.

My wife said that I can have her ‘rose gold’ colored iPad Pro soon, when she’ll buy a new one.

Ha - the two problems of men, an all time classic…