I wanted to create myself in Blender and get it into Skyrim, and since I’ve gotten it to work I thought I would post the results. Though it still is a work in progress art wise.

I exported the Vanilla (original) head from the game into Blender using Nifskope and re-modled it to my features. Mind you this is Blender 2.72a and not using the old 2.49b version that has .nif import and export. I wanted to be able to use the latest Blender for a lot of the too improvements, so I had to figure out my own way.

I still may be able to squeek out a little more likness with the model, and a bit more if I try to sculpt for a more feature accurate normal map as I’m currently using the default male head normal map.

I also had to make myself as my own playable race, as not to replace ALL of the male heads in the game with my head and texture. I should have thought out the naming convention better though, as I’m named Matthew of the race Matthew… lol.

It’s been a bit of a process to get it all working right, but totally worth it to see your very own self, decked in armour, jumping on the neck of a dragon and bashing it down with a mace. Ahhhh, good times… 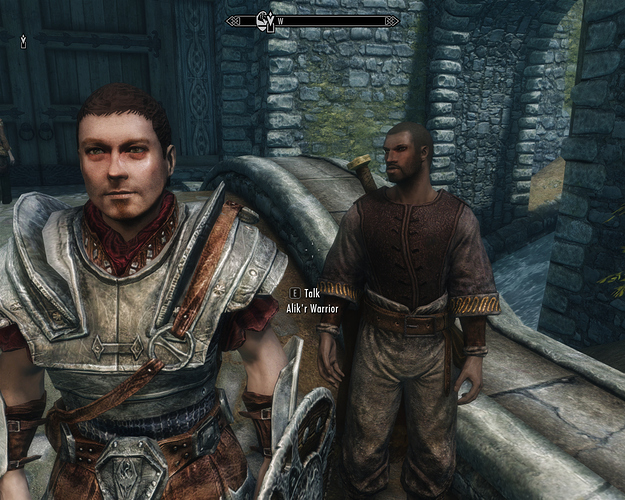 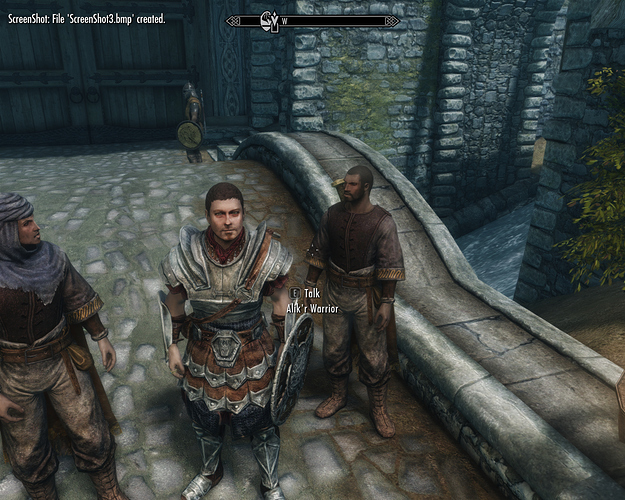 Haha, great work! How did you manage to import the new model without using 2.49b version? I`m interested in creating some mods too, but some months ago I did not find any alternatives for 2.49b .nif tools.

It was a bit of a process to figure out, let me tell you…

Basically I exported it as a .dae from nifskope and imported that in blender, then I re-modled the head and exported that as an obj. I loaded the original malehead.nif and imported the modified obj and then replaced all the trishape data.

There were a few weird steps along the way, such as the head shrinking down and showing up around the knee area, and having to resize that in nifskope to match the original, once you know the size difference (mine was 39.37) you can include that scale when re-exporting the head from blender using the obj export features.

I also had to do some strange things with the vertex colors, having them off, saving the file, reopening and turning them back on, otherwise it would give some strange colored squares all over the face.

But that’s the gist of it… lol

Sad that there aren`t any .nif tools for 2.6 and up. Maybe the authors will update for 3.0. There should be at least another Fallout game by then if not TES.

I just played skyrim few days ago on ps3, nice game. I should try get pc version so i can add mods too, great work

Ha, yep were the hero’s playing. It should be our face in the game. Good call!!