sorry, before i begin…will it be ok if i model in blender 2.49? just modelling…

That’s fine! I am still using that i cant get use to the layout of 2.5

Also when you have done your first cockpit post a pic on the forum just so i know you are on the right track!

But once again thanks for the interest you have for this game!

this is the top body which can be de-attached from its legs but its stil incomplete, i’ll be adding more weapons so tell me what do u think?:o 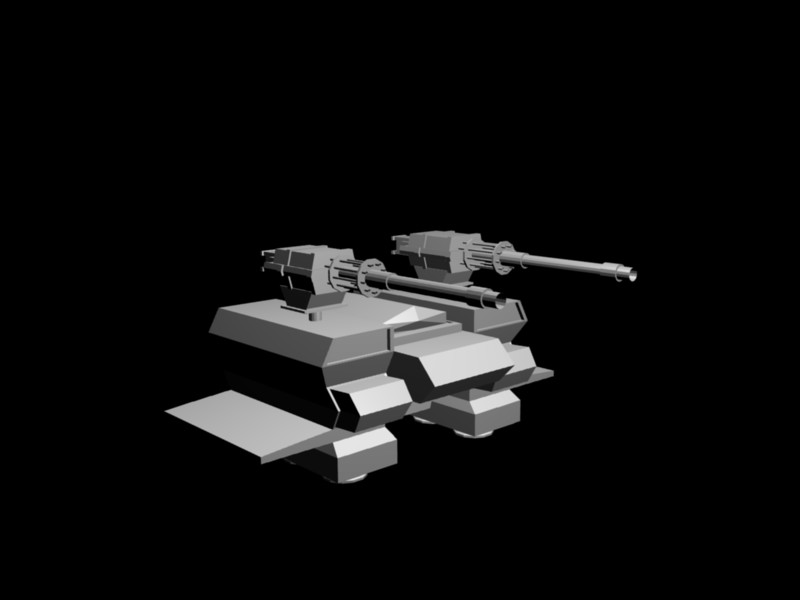 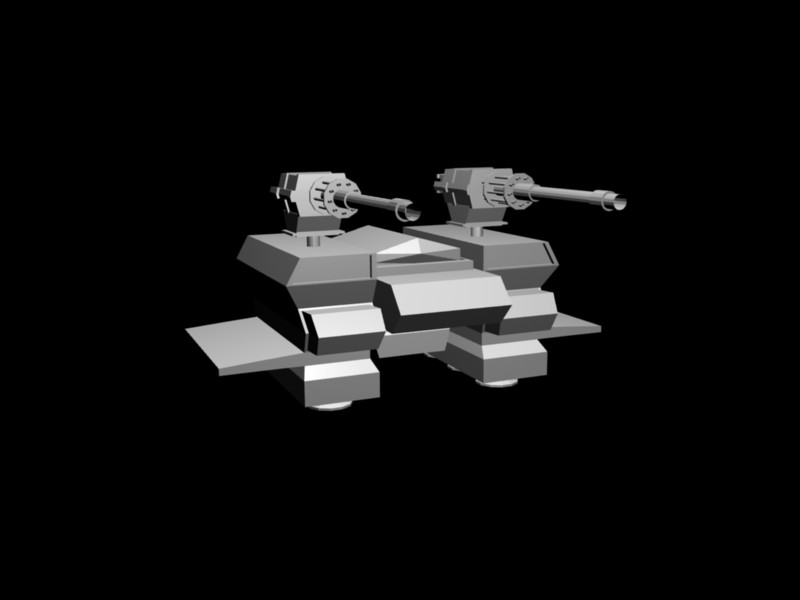 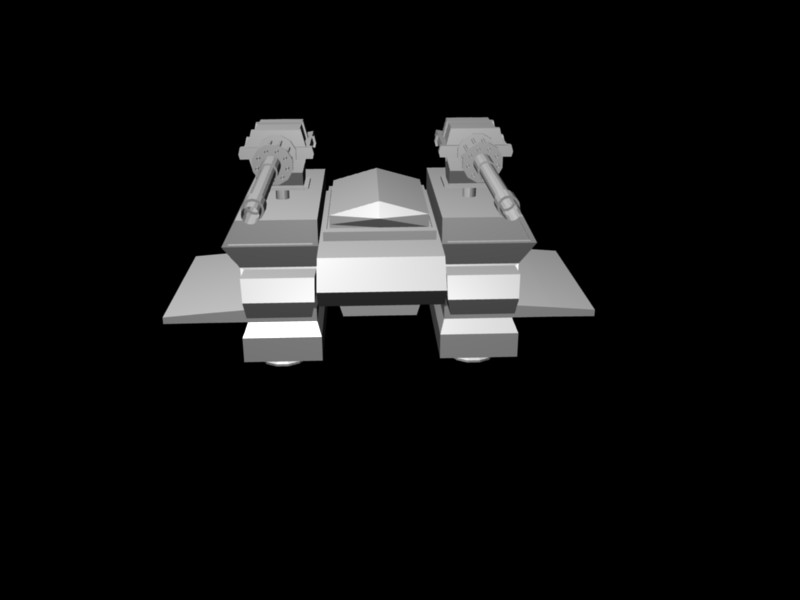 i’m working on the legs now

I can defiantly see you never played chromehounds

I will put an example up in a second

Here is an example which i am still working on. As you can see its just the cockpit. Also you can see the cylinders coming out of the top and side, these are the joining parts this allows the cockpit to connect to any pair of legs and have any type of weapons on it!

so this one is useless? i thought you wanted to go a bit diferent than the origional game so i though maybe wat if it was possible for the player to hav an upper body to customize the rest

No sorry that my words may have miss informed you. We are keeping basicly to the same as chromehounds with customization with hardware but for the software of the hound the internals like chips and stuff i am developing an idea at the moment.

Look on that link i gave you with all the pictures and adapt some of those cockpits so they look sort a the same but are not i identical.

The link to the picture of the legs is broken.

Oh yeah there server has gone down.
Look through these and just look for these for the tank tracks legs. http://www2.sega.com/gamesite/chromehounds/screens.php
Then just start modelling also 2000 verts limit

Crypto, if you have an xbox360 your best bet would be to buy the game (it is extremely cheap, 5-10 bucks) and just beat it. Not only would it give you a good idea on how the game was, but its actually fun. On top of that, it has a turntable function for each part, so you can design in detail.

I think as soon as we get a mech built like 1 of each part modelled and animated we should start coding and creating menus and get a map working and controllers done for like a test mech then we can go for it!
But we need more coders and 2D artist and i have no idea how you find them lol 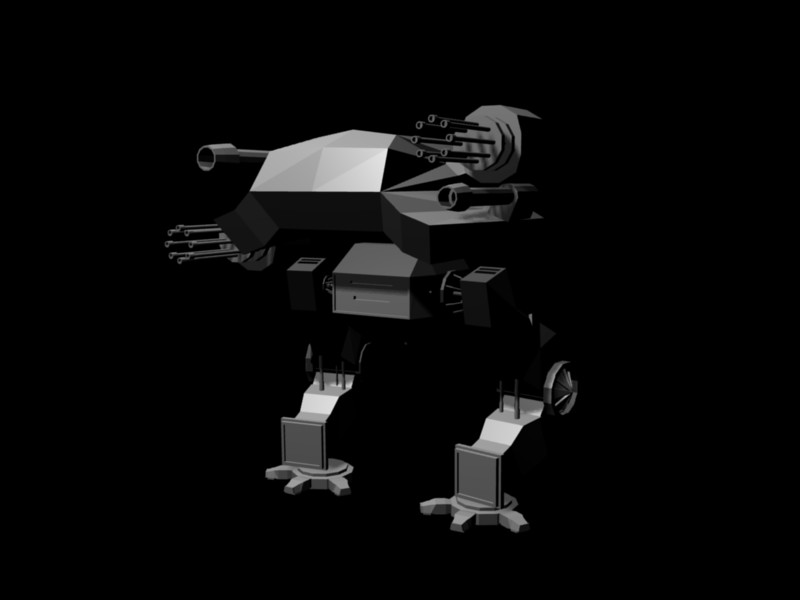 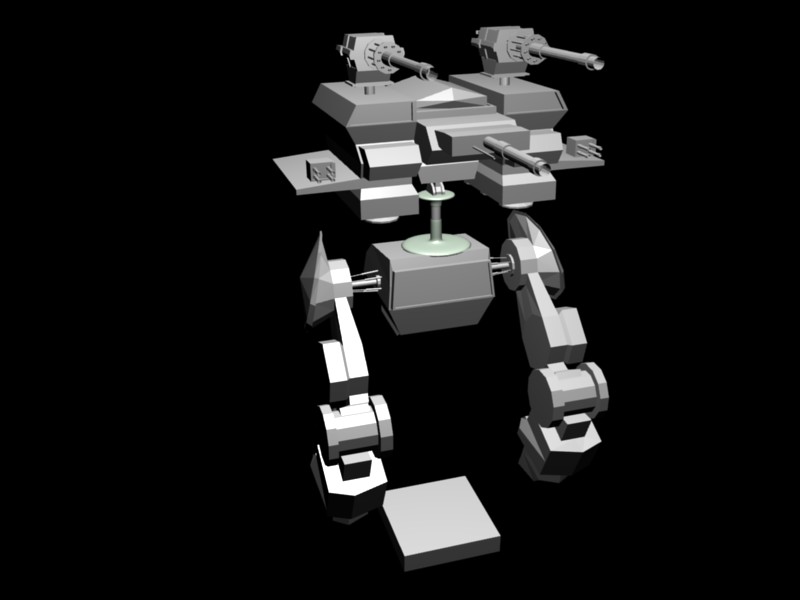 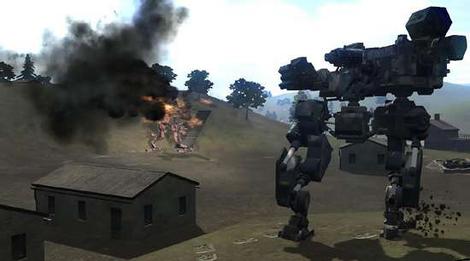 I like the legs on both, all they need is a few changed such as pistons being added so when the leg bends at the knee they get smaller and bigger when the foot is put back down.

The rest is good but not what we wont.
Look at this it will help explain alot better.

All the stuff in blue is a different object that the user can change so as you can see the cockpit (in the middle) is completely separate to the weapons unlike on yours where. as it looks like from here, that you only get them weapons on that mech and that’s it.
If you indented to do that then if you could try and make it more like this one. Also the cockpits are not massive its the weapons on the cockpit what makes it look bigger. Also dont start making the weapons just concentrate on the cockpits

Ignore the green that’s just a connector that connects them weapons to this mech done wary about doing them.

Also forgot to ask can you send me a link to this manga project or person thanks!

Ok i get it. but will my weapons be of any contribution to the game?

http://blenderartists.org/forum/member.php?u=37885 thats the link to her profile and i just sent her a message hopefully she’ll reply though she has been very busy