For the last two days I’ve been working on a model of a cheetah robot (hence Mecha-Cheetah) for the new BlenderGuru contest “Future Technology”. Here is how that model looks so far: 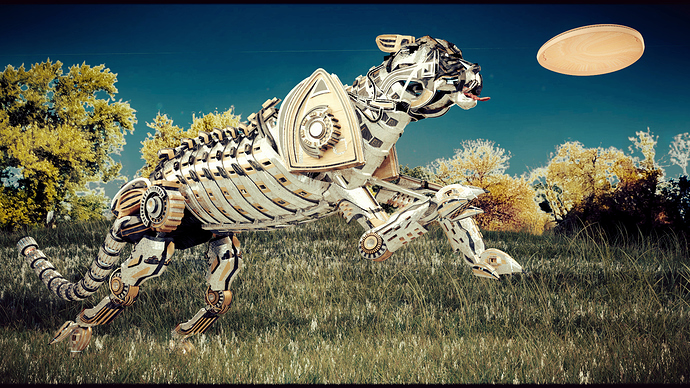 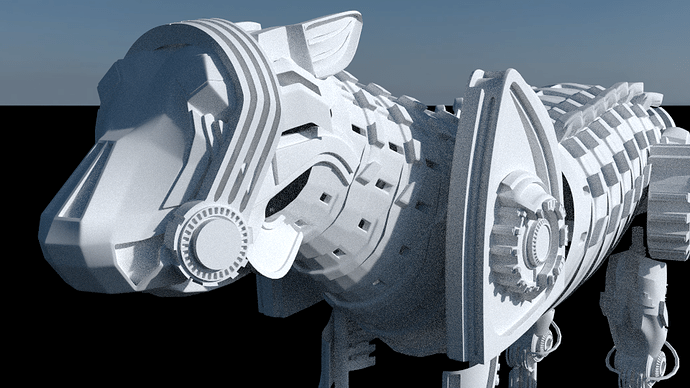 I also tried some basic materials: 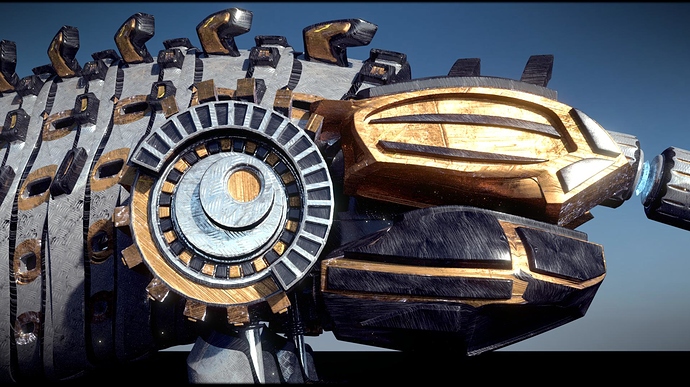 I’m still not quite sure in what scene I will put the MC.
Any criticism or ideas are very welcome

man hw do you get it so you have those different layers of shader? like how it contrasts between the gold and balck?

I’m sorry, Geckoart. I don’t quite understand what you’re asking

Do you mean how I made the gold or black material, or how you can apply more than one material to one object?

Here’s another quick render of the legs 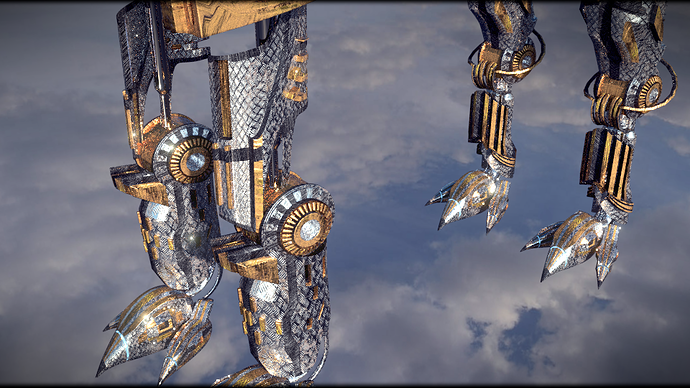 and the head region 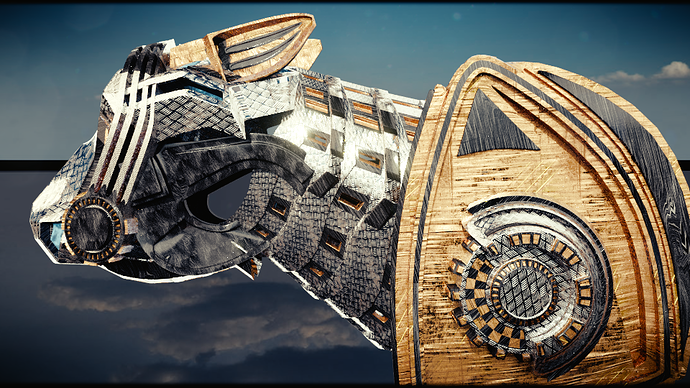 cool stuff!
looking forward to seeing how this turns out

Thanks a lot Jeepster 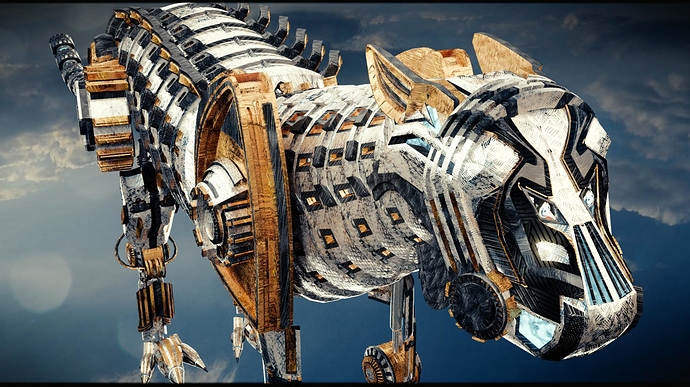 I added in eyes and a mask-thing on the head.
Thanks for reading

Is it all procedural textures? Looks really cool so far. Although, not getting why it’s floating in the air.

No, most of the materials rely on image textures. I think there is only one texture that is procedural.
It looks like it’s floating in the air because I needed something to reflect of the metal from a top-down view. When I start the real scene there will probably be grass, but right now a sky was sufficient

In edit mode you can assign different materials to different parts of the mesh. Check out this link: http://blender.stackexchange.com/questions/516/add-different-materials-to-different-parts-of-a-mesh

Thank you lasseJV, but I didn’t use any wooden textures

awesome, feet look kinda weird, i don’t know if it could run on those.

but… why would people in the future make a mechanical cheetah? to replace the living one

Yeah, you’re right. I haven’t really put that much work into the legs (and feet) yet. This is probably the next thing I’ll be working on.
The original reason for the robo-cheetah was for military reasons or as police unit. In these scenarios the speed of a cheetah was of advantage. But since the latest renders look like this… 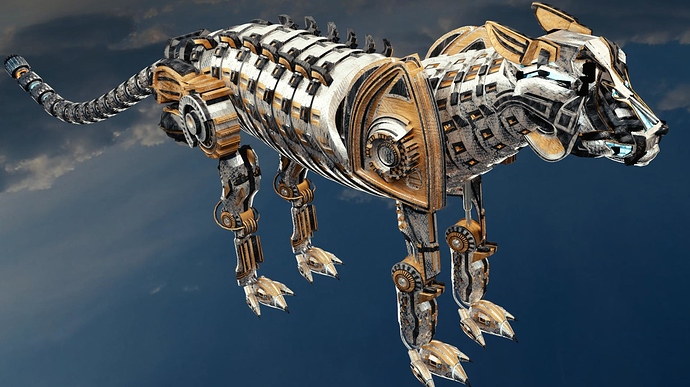 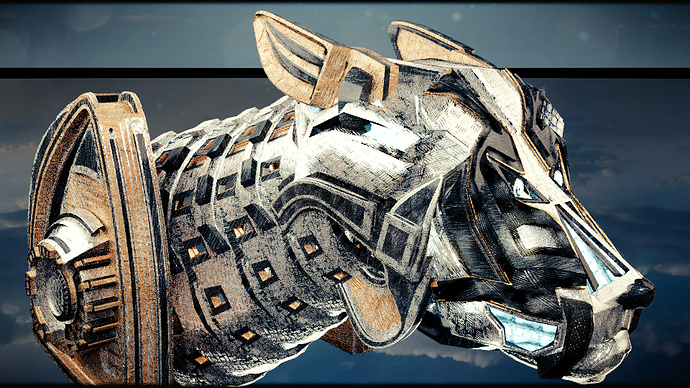 …the cheetah kinda begins to look more like a dog. That might actually be better, because I can think of a few more scenarios with, for example, a domesticated mecha-hound (to stay true to the name

Your texturing skills are outstanding! Is he animatable?

Your texturing skills are outstanding! Is he animatable?

Not right now. I don’t even know if I will rig him at all since I just need one frame.
Right now the idea is to have him running in the park chasing a frisbee

Oh.
Some parts look like roughly carved wood, but probably it’s only me.

Oh.
Some parts look like roughly carved wood, but probably it’s only me.

Yeah, I see what you mean. The golden metal kinda looks like wood. I’m not quite that happy with that material myself so I’ll probably have to fix that

The texturing is gorgeous. I don’t know if it really reads as a cheetah to me though. Cheetahs have a very distinct change in their torso shape from the ribcage to the abdomen, that sillouhette is what really screams cheetah and speed to me. Yours is very uniform from front to back, and makes me think more of a bear.

The detail modelling is fantastic, I would just suggest tweaking the overall shape of the body a bit to really come off cheetah.