An example of doodling session gone too far - I only meant to make a simple, natural looking elephant head as a topology exercise. After finishing that part I started playing around with the design of mechanical elephant head I’ve had in my mind for a couple of days just to try if it’s feasible to model it using the topology I already had. Surprisingly it was.

Modeled from scratch in Blender, rendered in Cycles. 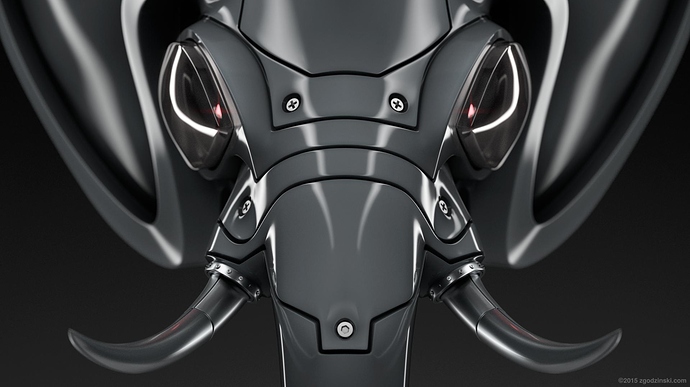 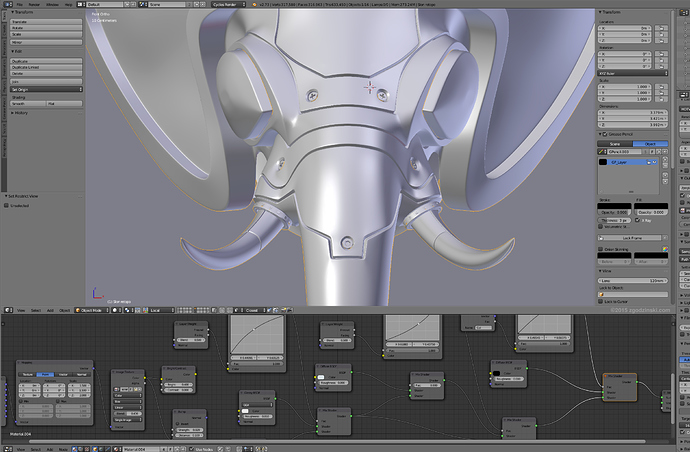 You should go for a complete body, just for practice.

This is awesome, I really like the shaders you’ve got here, especially with the lighting setup.

Thank you very much for all the opinions! Here are some work in progress screenshots. I started with creating a simple all-quad elephant head, it was meant to be just the topology exercise to study edge flow of the head of this interesting animal. It took about 2-3 hours: At this stage I started playing with extruding and “paneling” some of the areas and sharpening the edges with bevel, it took about 4 hours to reach this stage: The final, detailing stage took circa 5 hours, a big chunk of that being spent on the ears that are hardly visible in the end

This is a cool idea, you should think about doing the rest of his body.