finally I finished this personal practice, hope you all would like this, cheers.

retop, UV and rendering with blender 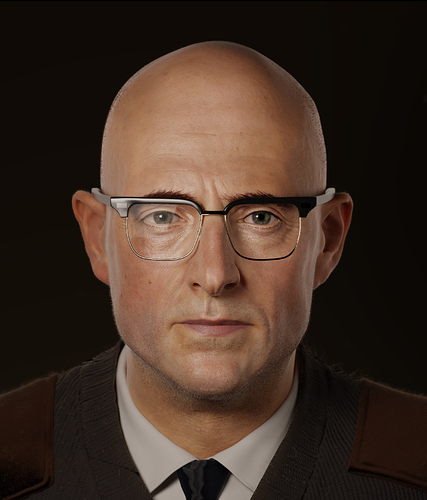 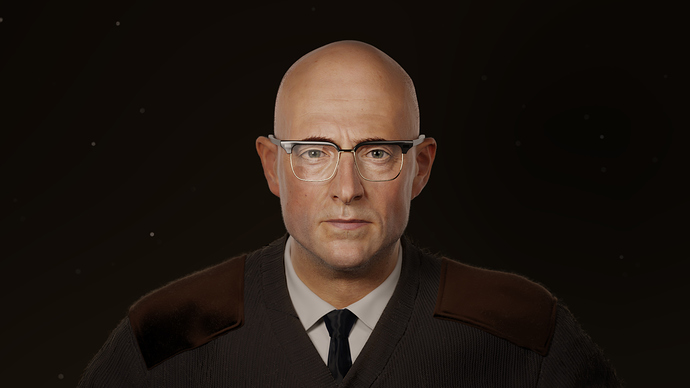 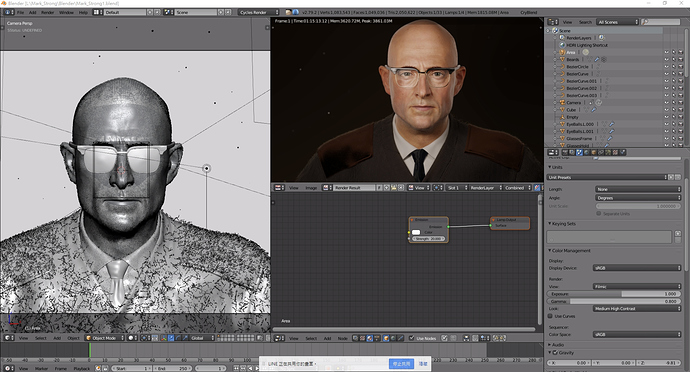 Wow. That looks great. The name suggests that it is a modern Merlin. Love the idea too if so.

Wow. That looks great. The name suggests that it is a modern Merlin. Love the idea too if so.

No. I haven’t. I don’t pirate movies. Unless it’s in legal streaming service I can’t see it.

Edit: I googled and this character does not look like that actor in the movies. That’s why I thought it was an original character. It looks more like a male version of Jodie Foster.

No. I haven’t. I don’t pirate movies. Unless it’s in legal streaming service I can’t see it.

WTF are you talking about?

WTF are you talking about?

That’s you reading an awful lot into that question that may or may not have been intended. He asked a simple question, maybe you could read in a bit of an incredulous tone… but it wasn’t like he said, “WHAT?! YOU’VE NEVER SEEN KINGSMAN???” So to jump down his throat like that was pretty rude, IMO.

Again, that’s a whole lot of assumptionism right there (and yes, I know that’s not a word). To just assume that somehow he pirated it or expected that you did from one simple question? The real WTF was your response to a relatively inauspicious question… Internet etiquette man…

Anywhooo… about the work.

It’s a very nice work. If you’re going for total photo realism, from a general character standpoint it looks fantastic, but with maybe just a little bit too much perfection in the eyelashes, skin smoothness, and a tiny bit too much specularity under his right eye (left as you look at it.) From an accuracy standpoint, it does look like a slightly stylized version of him, but I’m not going to nitpick as I knew exactly who it was when I saw the thumbnail. Just a few thoughts. It’s a wonderful piece of art, keep up the fantastic work!

you should guess less

First of all, I could never achieve anything close to this but just some constructive criticism. I think the nose is too small and the eyes should be higher on the head… something not quite there for the likeness. See this 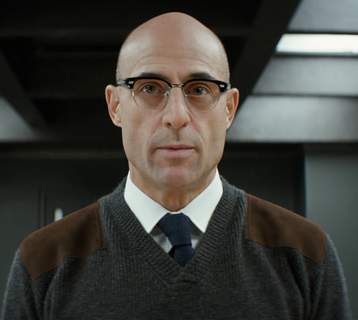 Jesus all the rambling from some dude over here. And ppl just followed. Even me lol.

On the image: the likeness is there. There maybe some features of the face that could be more or less accurate as @comeinandburn is saying, but there is no mistake that this guy on the image is hella close to the 3D model.

Skin shader is neat. Very good work there too.

But the overall render needs more effort. Everything related to the glossy reflections of the image, except the Skin, are just off. The frame of the glasses is reflecting light almost from the front. It is probably the brightest spot on an image where the glasses are not the main subject. So it just gets in the way. A huge ton.

The shoulders (brown surface). Arent they supposed to be leather surfaces? Well, they look like some cheap plastic wrap.

The rest of the vest feels like it is also reflecting too much light, when it should be mostly 95% or 100% Rough surface.

The brownish-dark background doesnt help either. It is fighting with the rest of the composition.

As the reference image provided by comeinandburn, a gray background would have been better because it is just neutral. It doesnt fight for anything. It just leaves your main object to get all the attention that it needs.

Just put a background way back from the main character, put a Spot light directly illuminating that background with a 100% blend in order to create a “halo of light”, and thats it. Better background.

The particles are also somewhat offsetting me. Just some circles floating around. If you actually made a particle system fall around, turn on Motion blur in the render settings and play with the shutter time (you’ll need to pick a frame to actually see the particles blurred on the render).

Thats all I gotta say. The sculpt is great and the skin shader is very very good. Everything else is very poorly done and it hurts the effort you put on the sculpt.

Really nice work, skin is a complicated thing and you did a good job with it. Sure it is still obvious it is cg but i am sure you will create more awesome stuff like this!

Great modeling work already. Please try to render the model with a different lighting set up. A good HDRI would suffice. (Try to lower the focal length and change to camera angle slightly, if the result still looks too flat.)

Thumbs up man, that is a pretty good likeness and overall great work. I really don’t get all the noise in this thread as the work is pretty good and one of the strongest likeness sculpts I have seen in some time.

This is really good!!! congratulations! I have followed the progress in facebook, nice work!! I just wish it was sculpt in blender… but yeah, no everyone has the patient to sculpt in blender.

comeinandburn You’re right. eyes are set too low in the face, and the fleshy part of the nose is not broad enough. Overall, the eyes are excellent, skin good to go, clothing spot on. Also, cheek crease is more recessed on sides of mouth as well as under the frontal cheek bones of the orbital floor.