I think i’m satisfied with the look of my mermaid, now
she’s the most time-consuming character i’v created in recent times. she took about a week or so, although that’s mostly due to render times.

anyways, for those who didnt read her WIP thread, here’s a little intro
i thought that since mermaids r mammals, it’d make more sense to give her a mammalian tail rather than a fish tail. the difference being that marine mammals like dolphins and orcas have no scales, their tails are dorso-ventrally flattened not laterally flattened and of course their skin isnt colorful 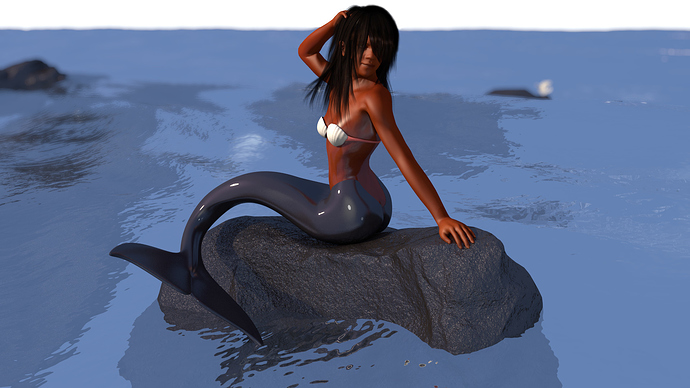 you should be very proud of the work you have put into this. i hope you have more planned for the future.

for now, not really…she was a study project for me to learn about wetness and how to use reflections to achieve that

i’m still working on a more usable rig for her…if all goes well, perhaps i’ll use her in an animation or sth
thanks