Hi, this is a simplistic aggregator that works with meshes as particles. Selected objects are randomly placed in a ‘cloud’ around cursor, then snapped to closest point of Active Object, and merged. You won’t see this process, only the final mesh with all particles aggregated. Try changing the cloud volume and shape, also particles scale and rotation, and obviously the cursor position…

There are two ways script merges the data at the moment, one keeps materials and selections but messes up faces indexes, the other keeps faces ordered so you can later animate the aggregation with a Build modifier. Some tips:

Animating with a Build Modifier: 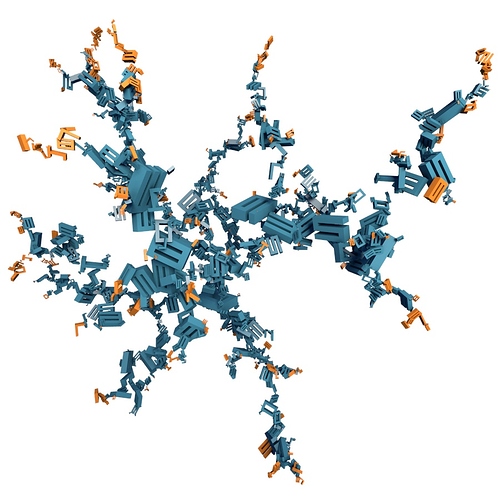 Looks nice, I can’t wait to try it out.

Cool, this is awesome!

Dang, it looks like bMesh release broke this script too. It references faces instead of polygons and face.center no longer exists in the API.