Hi, got a fun idea but I really don’t know what to do with it. Maybe you can animate it.

Improve the lighting and the wires beneath and give it a decent environment and this could be a fantastic model. Because it isn’t lit evenly (or brightly enough) it highlights some of the flaws with the modeling. The only real flaw in my mind is that the wires are too thick. Good idea and nice style. Keep it up.

animating it would be pretty cool.
the bumb map and the texture u used could be better

I agree with Desoto, I think the wires are too thick. I think they could be denser too. I would increase the number of wires by a factor of 4.

Make the wires actually reprecent the line you would normally see on a true map/globe. Then they actually mean something other then just representing the globe. Definitely increase the lighting, though keeping a plain environment could be ok, just depends on the overall feel your going for.

An idea…give the continents a little more thickness, and set it in an environment so it’s a large monument/“statue” for the entrance of a large building or something. Then animate it, with a water fountain dribbling water over the surface.

Here’s a pre-release picture. (Don’t got much spare time so it’s going to take a while to finish) I would suggest bevelling the edges, but apart from that looking great!

Bevel the pillars, the valve or both?

OK, finaly got around updating it. 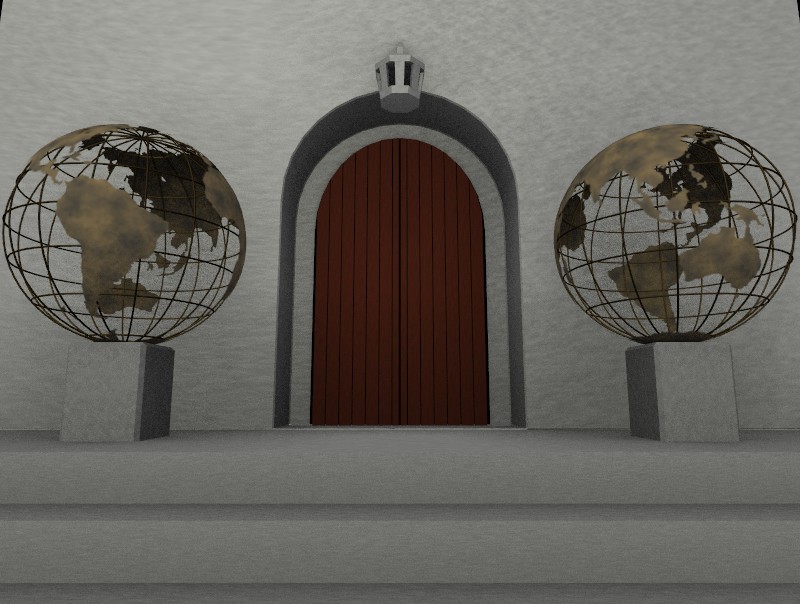 Nice one !
And what about making the globe’s supports (hope you see what i’m talking about) in metal like your globes. some kind of wire support too to remind the shape and the wire of your globe.
Damn, i don’t know how to explain better, i’m sorry for my english.
SO, MAKE THEM IN METAL

(of course this is just a suggestion) 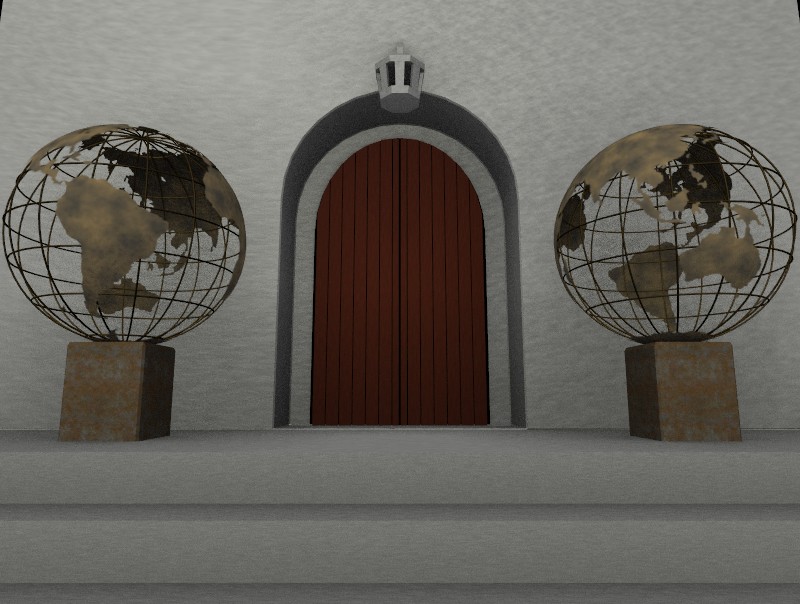 Yes why not, good one, but this is just a suggestion, find what you like.
There is a really good material on your globes and there was no other correspondance in the rest of the scene, that’s what I tried to say earlier.

That is a great model, I would suggest ‘global’ tweaking now (no pun intended). The camera settings could be adjusted to a larger lens setting, and move the camera further back. This would reduce the current distortion. Also I think such a great model would look good ray traced with good shadows and lighting.

OK, here’s your shadows (Yes, I know I’m not very good at lighting a scene). 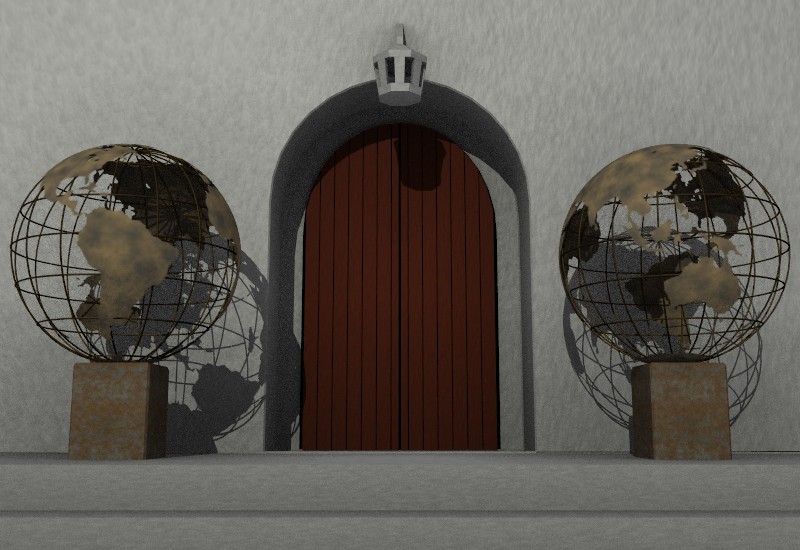 Enhanced the temple look by adding glyphs to the wall. 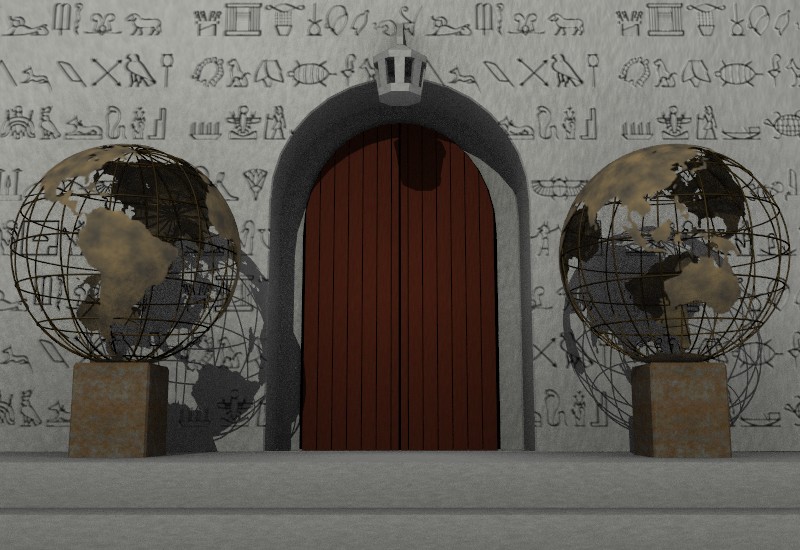 now how about you add an artistic touch and say something with your art. i suggest turning the globes upside down to represent how much things are messed up in our world right now.

Like your idea, with one modification.
Did I spell that right? 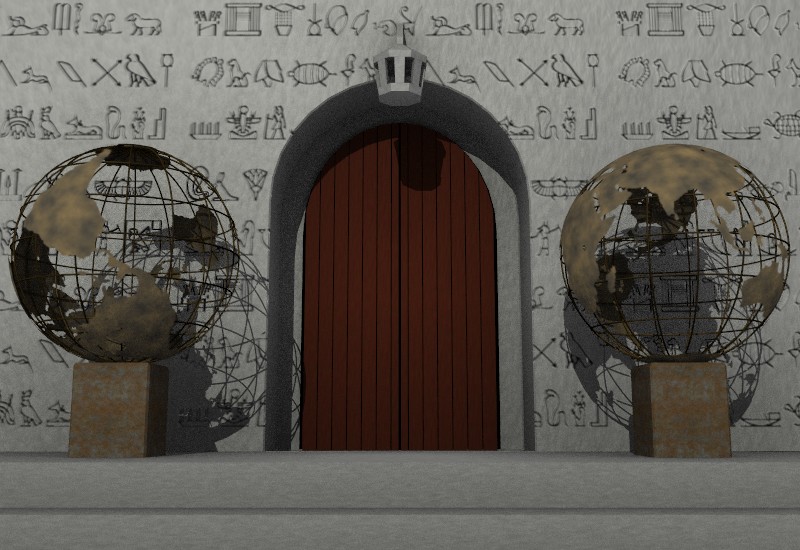 looks great! why’d you keep the one on the right in upright orientation? also, how about a hint of orange in the wall and steps, or perhaps a pile of wind-blown sand, or turning that lamp into a set of torches? the glyphs make the image look as though it should be ancient, you know?