My attempt at the Pixar figure. If you have any suggestions (like how to make his mouth dark inside), share. 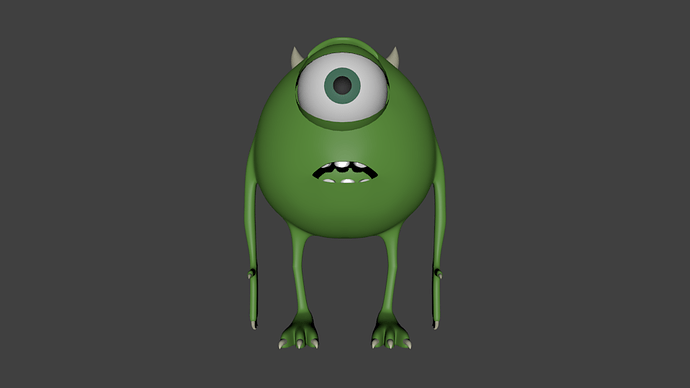 Maybe Ambient Occlusion to make the mouth dark ?
You should make the eye glossy too.

Maybe Ambient Occlusion to make the mouth dark ?
You should make the eye glossy too.

Did that. The mouth didn’t got dark, Mike’s got brighter and with the glossy eyes it seems that he’s in front of a very strong light.

You could cheat - Just texture his mouth inside a different / darker colour, and reposition the bright light to a more model friendly light (or maybe a three light studio-esque setup instead) 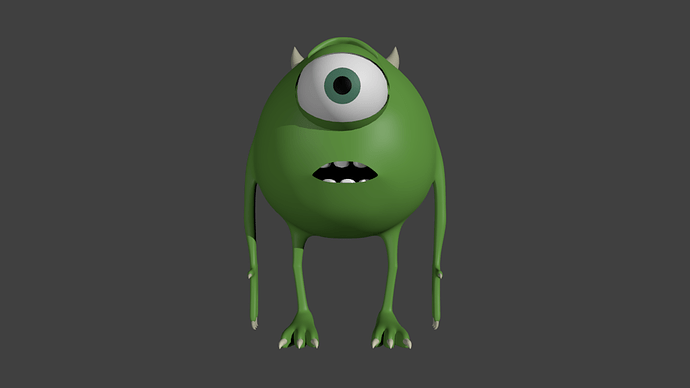 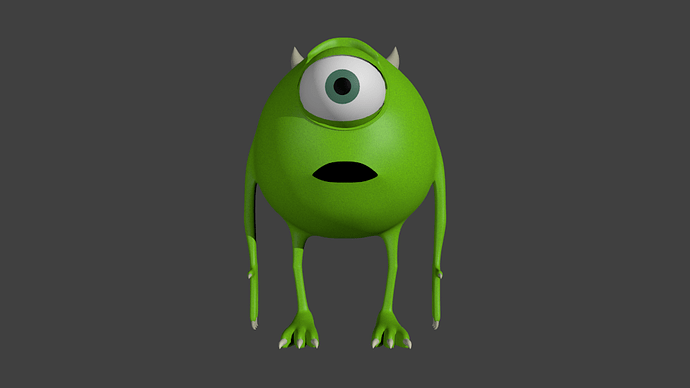 cool man I love Monsters inc. A good start here , not sure how long you have been modeling but keep at it and strive to get better all the time… until one day you can say finished - and then mike looks like this Thanks. In fact, that’s been my reference photo since yesterday night (when I started this, about 24 hours ago). My biggest problems are the skin and the eye. When I finish rigging Mike, the next target will be James P. Sullivan.

The model’s pretty good. I think you could texture the nails near the skin to make them darker, like the reference photo, and his teeth (and nails) should be more yellow. Also, as for the skin, it looks almost like the skin of a green apple - try using different textures to approximate the colors. There’s mostly light spots in the reference, but it’s not just a noise map. The hands probably should be a bit thicker and might be able to use a bit more detail (particularly on the knuckle), though I can’t really see them from the screenshot.

I was texturing the nails when I found this problem: 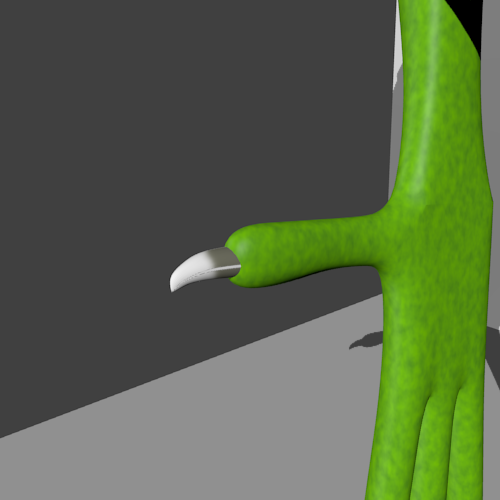 If you can’t see, there’s an opening in the nail (the white line that ends the brownish line).

I can only see this in renders and texture modes (not in neither object or edit modes). This happens in all the nails.

What can I do?

Check your normals: il bet one is pointing inwards.

Done. It worked. Thanks.

Here it is, the update, 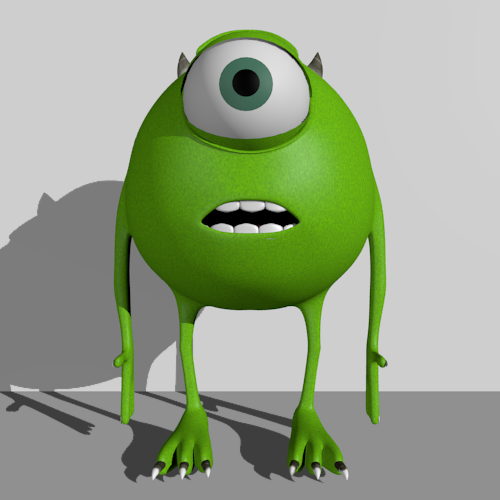 A common problem when people do eyes is that they look flat.

This page has some good information on how to do nice looking eyes (it was written for blender 2.4, but everything still applies.)

Try adding in some SSS.

The model is not too bad, but you need to add sss(subsurface scater) and use the three points light ilumination… It’s will be a UP in the final result…

Wireheadking and André thanks for your suggestions.

I’m using 3 point lighting and SSS is something that I don’t use.