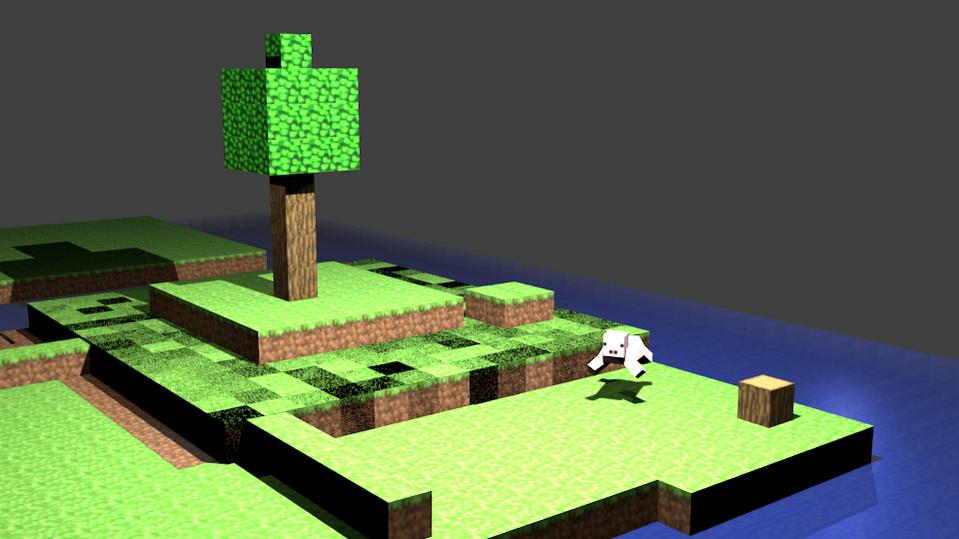 looks like a shadow issue.
anyone know how to get rid of it or fix it

i changed the lighting which made the picture look a whole lot better but only helped the shadow problem a little bit. 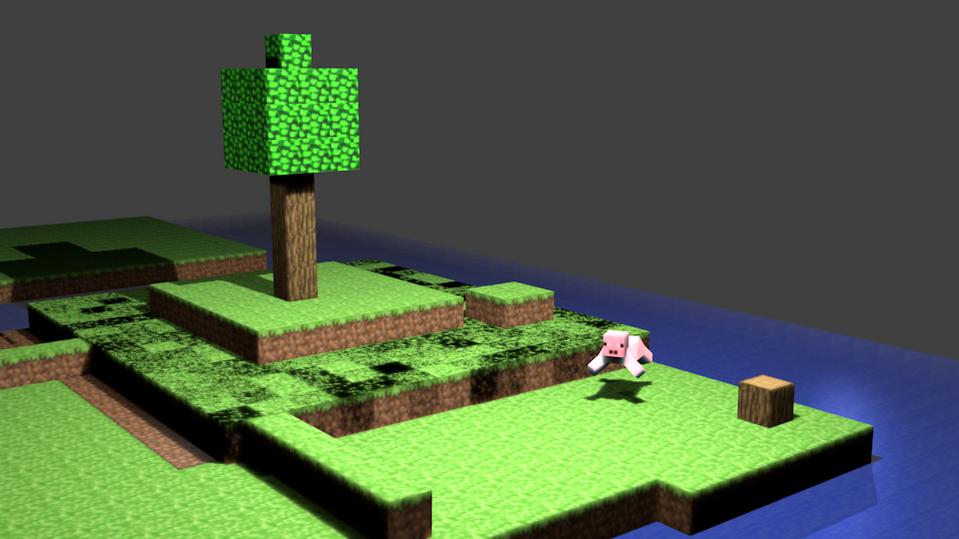 ok well the ambient occlousion did’nt help but the envirment lighting did, with the lightning but not with the shadow problem. so i tryed appying the falloff in the world settings, and it helped a lot all though you can still see it and it took for ever to render 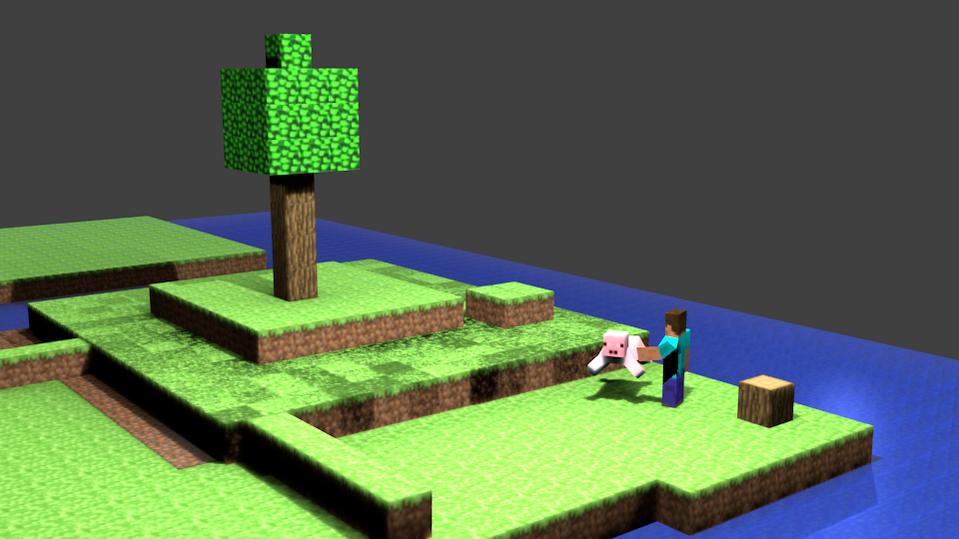 You mean the black areas on the second level green? That looks suspiciously like “z-fighting” to me. It means you have two or more blocks that are occupying the same position, or you have individual blocks that have two or more faces at the same position.
Fix the first problem by moving blocks in object mode. If you move a block, and a second block remains, get rid of the second block.
Fix the second problem by selecting a block, entering edit mode, and hitting the button to remove duplicate vertexes.

ahh i see… thanks nyrath