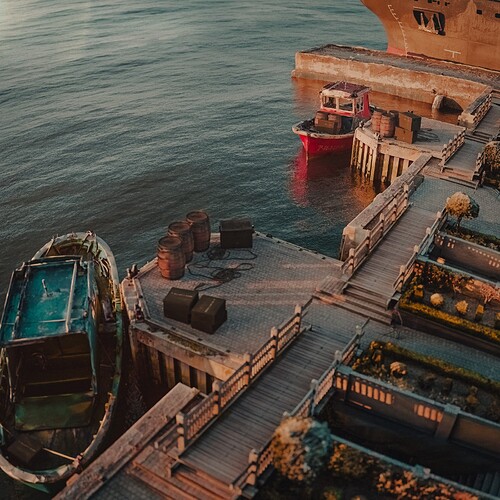 Hey Guys, Been a bit since my last post, mainly because I have been working on a photoscan kit and my website store and all that backend stuff

anyways, wanted to make a quick artwork for all of you to enjoy. mix of Megascan stuff, Ian Huberts assets, and some photoscans from “artfletch” on Sketchfab, I will link his models later down the post 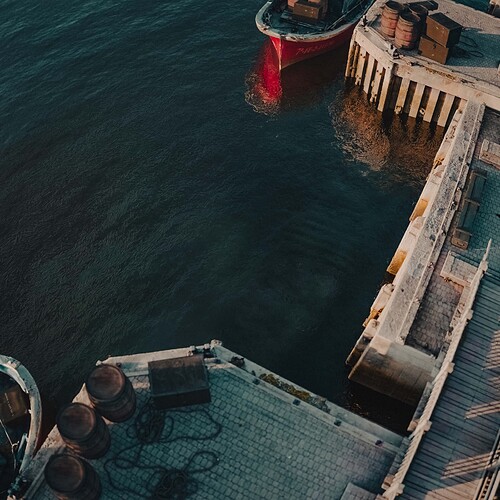 WaterDemo1920×1920 351 KB
but it didn’t really feel right, felt a bit closed off so I brought the camera back and added more to it.

heres some screenshots from the development side of this one: 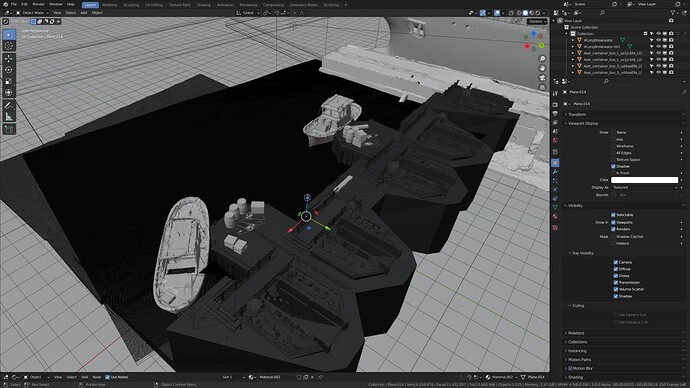 and seeing that people where fascinated by the water on my ‘Painters Beach’ artwork, here’s the shader set up for the water: 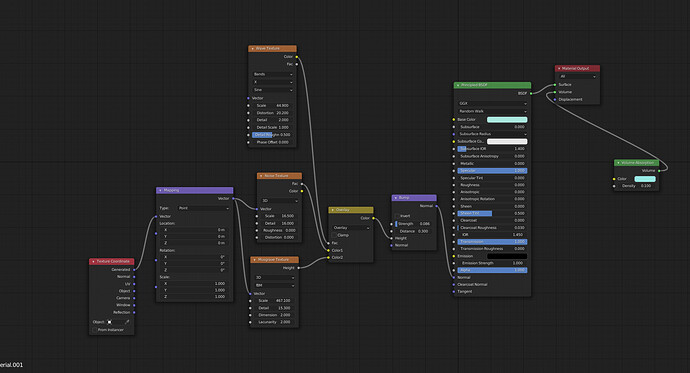 image1582×857 165 KB
now its not just that, its that along with a displace modifier and it being set to a cloud setting, its also a bit squashed so it sells the effect more… now its not as big as it is in the final image. its a bunch of these stitched together, but the common problem is that the mesh doesn’t really match up with the others. I solved this with slightly rotating them to help the water connect more, now yes. in some cases this looks weird but here its fine as you don’t really see the horizon line. I also did some cleaning up in photoshop for odd parts.

anyways here are some links:
My Website for more cool stuff:

Check out Tom's online archive of his art as a digital artist. Learn about how he makes his art, see his collections of art, and get a better understanding of who he is and what he does 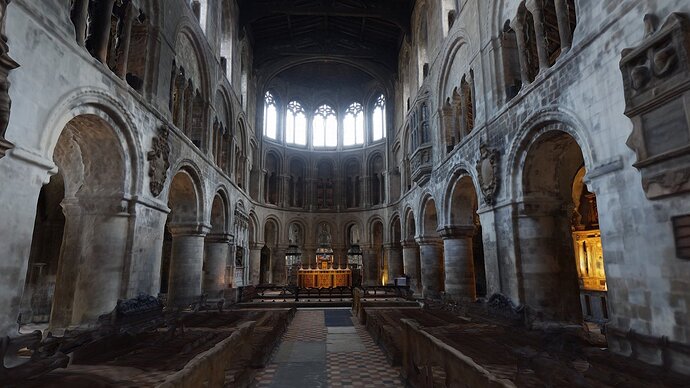 and as a shameless plug for no apparent reason 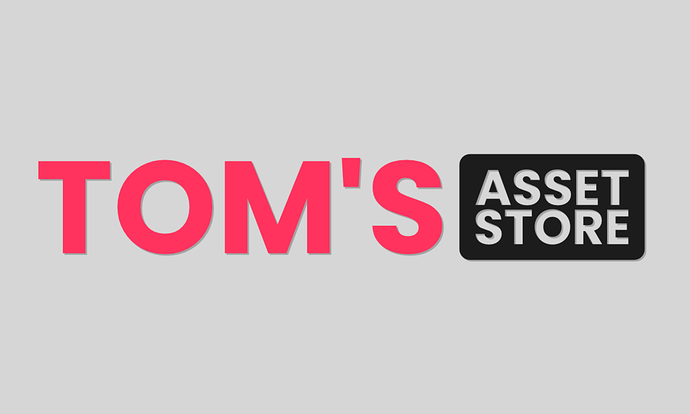 Welcome to my store, here you will find my asset packs along with links to external stores like Displate and RedBubble that are selling my content

Good work, I like it a lot, the only thing I don’t is the bottom part, which is too blurry. IMO also that could have been in focus and it would be much better. But that’s just an opinion, this piece is a bomb

And thanks for the input, If this artwork gets featured I plan to do more renders showing the scene off a little more and I will definitely take your input into account 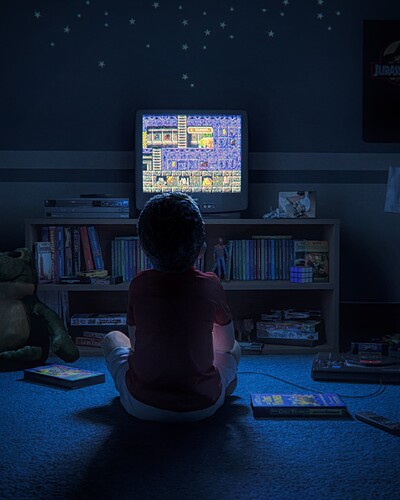 Nice ! your trees look a bit “solid” if that makes any sense but the render looks cool, I like the low sun lighting

Thanks! Though that is true, side effects of using photoscans. They are not my trees either, I had plans to cut them out and make my own, but thought that would be disingenuous towards the original owner of those photoscans (artfletch). Knowing from personal experience with Photoscanning trees or bushes, it is very hard to actually convey the object without them feeling solid and not “tree-ey”

Ah I see. Yes I assume scanning makes a solid object from a legion of points. There are nice tree generators for Blender out there, pretty cheap too

Yeah and Photoscanning can’t really detect transperentcy that well so, it just doesn’t work that well… and yeah there are some awesome cheep stuff out there to remidy this problem. Infact considering its a problem in some way I might make a habit of correcting similar problems in my future stuff. It definately ups the quality if actual models for vegitation is used

Also the water does look really good. I suppose it’s partly down to what’s reflected in it. An HDRI for the background ?

Out of curiosity did you have to do any sort of cleanup on the scanned models ? if so did you notice any improvement when working with Blender 3.0 ? I think it’s supposed to improve mesh editing performance quite dramatically but I haven’t had the opportunity to test this with really heavy models such as scans.

So I am using an addon called Physical Starlight and Atmosphere which is basically the best procedural hdri environment I’ve used. I have used mostly everything on the market and this one just seems the best to use in my opinion

On the topic of mesh editing on 3.0:
So I do deal with making my own photoscans sometimes, as soon I don’t want to rely on other peoples stuff. and in my experience it is a fair bit better from 2.93.3 (when I tested it) compared to Alpha 3.0 mid October builds in my experience… though personally I feel its more of a UI and rendering thing that’s heavily improved, with Pablo’s awesome UI tweaks. and Cycles X being cleaned up and re-written