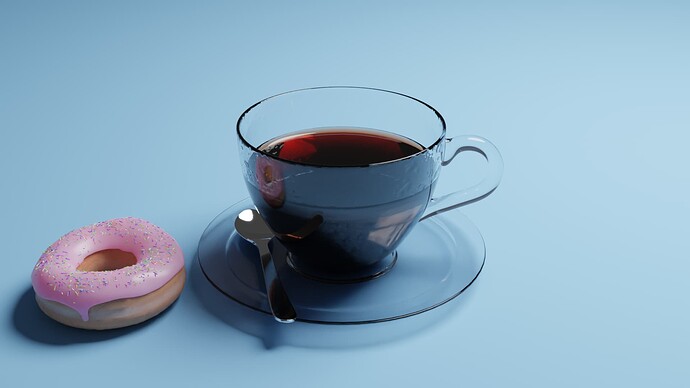 210518 Render1920×1080 49.8 KB
Began with the infamous donut tutorial from Andrew Price.
This was simply to familiarize myself with the blender workflow and UI after spending my entire time at university learning 3DS Max
Minkariz August 10, 2021, 4:18am #3

Began following the intermediate modelling tutorial from Andrew Price about modelling an anvil and decided to push myself by not following the tutorial. Using only reference images and my previous 3DS Max workflow knowledge, along with the tricks I learnt from the donut tutorial. Decided to spice it up towards the end and started playing around with some of the physics modifiers.
Minkariz August 10, 2021, 4:22am #4

Having fun experimenting with more of the physics modifiers.
Forgot to turn the tap off with this one.

Progress from a few days later, decided to improve the scene a little bit and up the render quality. (Actually remembered to tick the “denoise” box before rendering this time) Had to stop rendering halfway through, so I plan on doing the rest and stitching them together at some point

Heard about a program called fSpy and decided to have an explore around to see what it could do. Was really surprised with how easy it was to get the camera information across to blender. So I modelled out a really basic scene to match the camera and decided to throw a little fluid sim in there because why not? It’s always fun to see cool physics play out in renders. 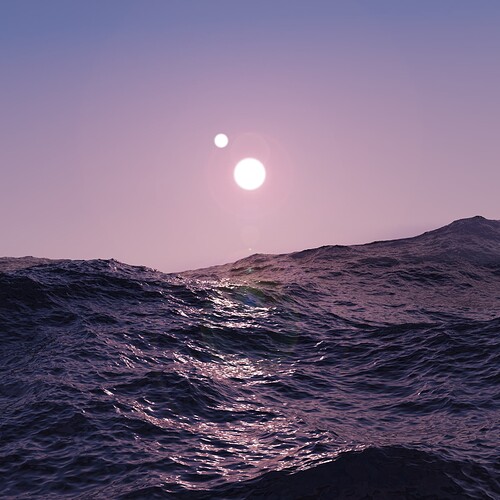 Saw a really similar piece floating around and thought I’d give it a go to see if I could recreate it from memory, kinda pleased with the result. Been playing around with the ocean modifier before this but never put together a piece using it. Did a bit of editing in Photoshop to blur the suns a little bit and give it a subtle flare.

It’s been a while since I uploaded anything, progress has been slow, fell out of motivation as well as being busy. But I have created some Naruto inspired pieces from scenes that really emotionally impacted me and I decided to try and do them justice by sprucing them up in 3D. I had these weird white blemishes appear throughout my renders and couldn’t figure out why they were occurring.

Here is the 2nd Naruto themed render I did. This one was a battle as well, spent ages on the cloth sim for the headband and could never get it to work, as well as the plugin/pack for the bamboo not recognising .pc2 animation files so they are static while everything else is moving. So I settled on just doing a still export for now and then possibly revisiting it at a later stage. I plan on adding hand animated 2D smoke fx at some stage as well. 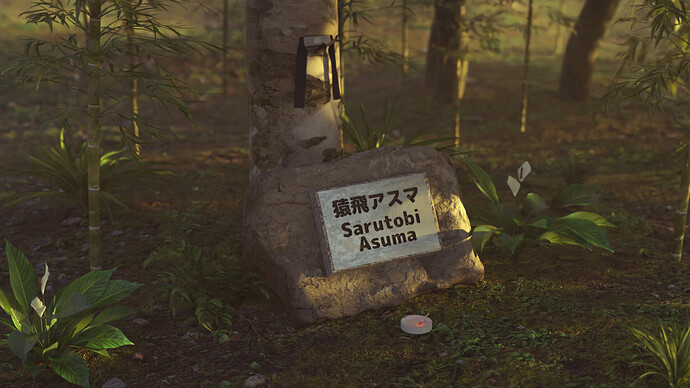