What started off as playing around with textures, somehow turned into the render you can see below.
The tugboat is remotely based on the design of the old New York harbour tugs. For the desert sand I just picked a procedural sand dunes material I made in an earlier project and appended it into the scene.

Below you can see the final render and an OpenGL render using the new viewport AO. 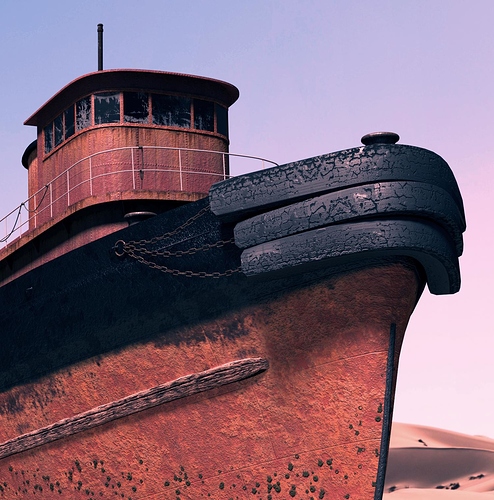 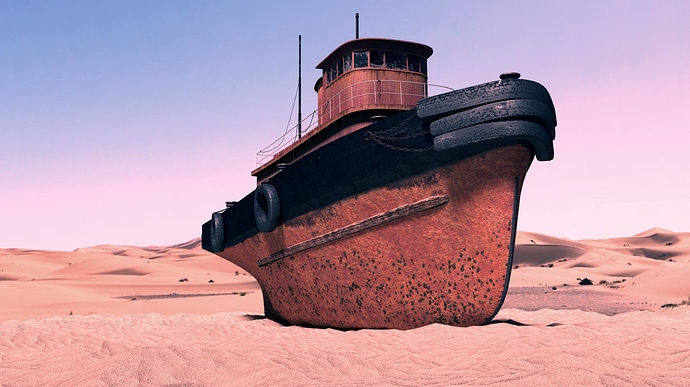 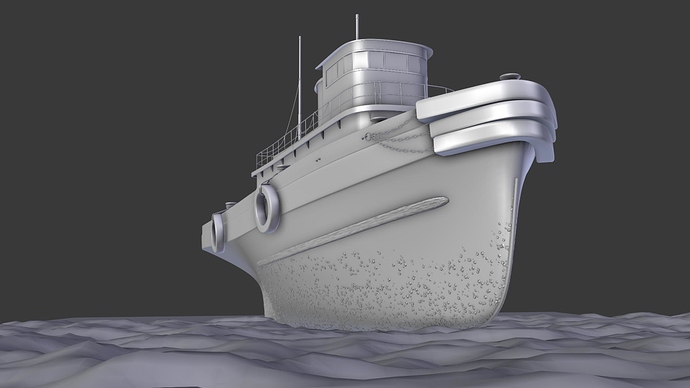 Just one thing that gets me a little is that the desert doesn’t look that hot… It kind of looks like it’s the evening… I would suggest turning up the lamps a little, everything looks a little pink at the moment too… Great job on the texturing though!

I tried to go for a very dramatic lighting and therefore I might have gone a bit too far with post processing. I might fiddle around a bit more with the color balance.

Ship of the desert!

Love it! Maybe paint the tug’s name: “Dromedary” near the bow…

Nice! Reminds me of close encounters of the third kind.

The ship model looks great, but I think it’s too obvious where the ground plane ends and the Hdri or background image is visible. - Just a thought… Maybe the composition would be even better if the ship was flipped horizontally and the lines from the ship would lead into the middle of the image instead of out of the image.

I know it has been some time since I posted this. But as I now have a new website I just want to let you guys know that you can find some more info on this render in this post: http://eschner.graphics/2016/01/20/old-tugboat-in-the-desert/