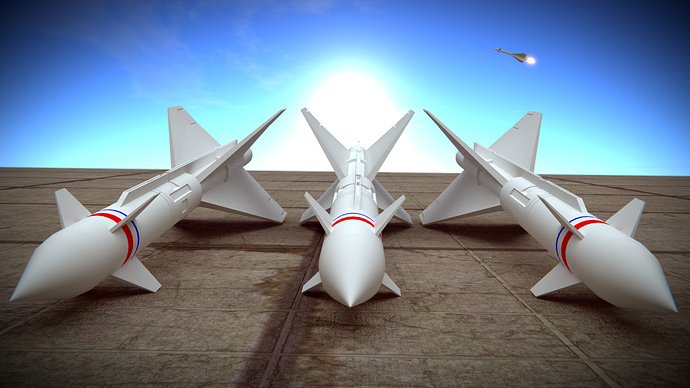 I used 2 days on this scene so please critique.

It’s a really good scene, especially with the compositing. What is the giant white flare in the background supposed to be? That’s not very clear. Also, there are a lot of fireflies, which can be removed in GIMP.

This looks very cool, and the idea is good, but I feel that the scene is missing some detail. The missiles’ detail is phenomenal, but, because the rest of the scene looks dirty, they could use some grime textures. I feel that there is not enough in the background, I mean, who would leave 3 missiles in the middle of nowhere? Also, cut down on the vignette

I hope this helps, but, of course,remember that this is only my opinion.
Cheers

Ah, I forgot to add this:
What are we supposed to be looking at? Make the focal point the main missile and possibly move the other 2 back.

I also thought that, but couldn’t put it into words… lol… Yeah, make the floor texture smaller.

Thanks for the critique and by the way im using photoshop cs5.

Looks great, one thing I might suggest is using the bevel modifier on the fins, or maybe the subsurf modifier then add extra edge loops.
Neat model.

This shows a different way to go. Get a partially noisy texture and just put it with really low alpha on top of what you have. Will give it some more texture. 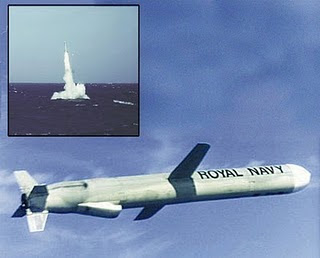 try to make a better transition between the ground and the sky. the brick texture doesn’t really work with the scene you could try to use a grimy metal texture though and make it look like the end of an aircraft carrier.