let’s imagine I would like to model an highly detailed column capital, or an old wood table freize…
well… HOW sould i proceed?

in the past i tried to approach with poly-modeling, but I have to admit I met some problems upon trying to give the mesh a the third dimension.
now I was experimenting the multilevel + retopo approach, same as for a face modeling.

do you think it may work?
since I am not a sculptor I don’t think I would be able to use programs such 3D-Coat, as seen in an astounding render here.
i know that some details could be simply re-created by normal mapping, but using yafaray as external render I don’t know if the simply “nor” mapping could be enough to obtain a good result.

so, I am here to listen some suggestion by you

many views but silence?

try to use sculptris(free sculpting program) for the details and then use xnormal to get the hi rez details on the low rez render model through normal maps.
depending on what ur rendering u should try luxrender(free render engine)

there’s also a program that generates really nice normals maps from photos, but I can’t remember what it’s called. I think it was ‘crazy bump’ or something similar.

yeah crazy bump is a cool win program, I am under OSX

anyways, thank you for the suggestion, I am learning sculpting in blender in fact, even if sometimes i find hard to “visualize” the correct next step to shaping a volume.

I work with yafaray, so I won’t be able to use normal maps isn’t it?
the workflow should therefore be:

am i missing something?

what’s about the low poly mesh? have it to be well/quite or poorly detailed just leaving the entire duty to the textures?

I am now trying to model my (ugly face),
shot 2 pics of my (ugly) face then mirrored a multires mesh and started scuplting.

how should I proceed if i wanted to model such stuff? 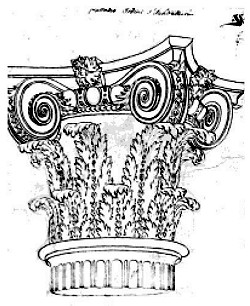