First of all, I was trying to export my model into smd, and it wasn’t showing the bone info when I opened it with notepad++ so I try to re-export, and change the name of the skeleton to the right thing, and after all these things, prob after opening blender again and all of a sudden, the bones in my model are not deforming at all. As in, this was a bone weighted model, yeh? I named all the bones corresponding, everything deformed perfectly according to the bones in pose mode, until I started to deal with the smd and stuff. I even had back-ups or other blend saves of the same thing, but they have the same issue (prob because they had the same names, but were in a different folder)

At first I thought the bone weights had suddenly disappeared, but they’re still there, but some reason when in weight paint mode, i can’t select the bones through pose mode like I do when testing them. I dunno what has happened! Now I’m afraid that something terrible has happened and I’ll have to re-boneweight everything all over again!

With an armature modifier added: 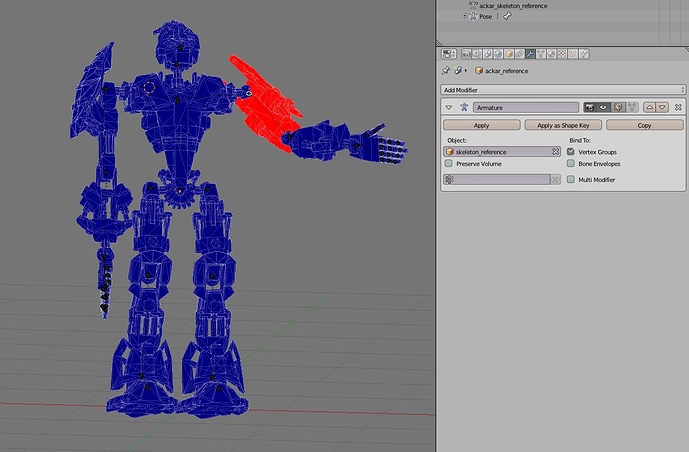 Somehow that wasn’t working for me at first. After some fiddling around, I figured to re-parent the armature to mesh with empty groups (which is good it kept the bone weights I had previously set) and it worked then. I’m so thankful.