Modeling - How to Add a new loop without deforming mesh

I am fairly new to modeling in general, but I have dabbled in a number of modeling programs. Blender is actually my favorite by far, but there is ONE thing that I don’t much like about it. I was hoping that it was a matter of me doing something wrong or that someone would have some tips that I could try to avoid this unpleasantness. Any help that is given would be greatly appreciated.

So… when I am creating a model which has a spherical shape - a human head for instance - and I have a subsurf modifier applied, I get an ugly crease if I add a new loop cut. This doesn’t happen when I use swift loop in 3d Studio Max, so I’m hoping there is something I could do differently to make it so that it doesn’t happen in Blender. I don’t understand why this would be the default behavior. Even from the perspective of how the subsurf modifier works, should the new vertices not just be at the halfway point (on the respective axes) between the two sets of vertices where the new loop cut was added? I REALLY don’t want this one thing to be what forces me to a different program when I absolutely love Blender, but I also don’t want all of my models to look like crap. What really gets me is I see all kinds of models where this issue isn’t present. Anyways, again thanks in advance for any and all help. Cheers!

I’m not 100% sure what you mean. Unless someone else knows, maybe some screenshots would help.

of me doing something wrong or that someone would have some tips that I could try to avoid this unpleasantness. Any help

If you’re adding a loop in edit mode with ctrl-r just make sure to confirm with a right click, than it’ll be in the middle. moving the mouse and left clicking again would offset and place it in either direction, scroll wheel would add more divisions.

I think the OP wants to preserve the displacement of the mesh before the edges were placed. That’ll create a flattened area if you did that on a sphere with a subdiv modifier and not taking additional steps to correct it.

The work-around is to use “to-sphere” in relation to the 3D cursor at the sphere’s center to move the vertices of the new edge out and preserve volume, or to use another mesh of a sphere as a guide surface which is then modeled over with shrinkwrap. The first way (to-sphere) is kind of case limited to spheres (and maybe cylinders if you’re clever). The second thing also lets you do a lot more complicated forms, since it’s one of the common practices of retopology in Blender.

What you are complaining about is the expected behaviour. If you have a circle and you subdivide one of its edges then you no longer have a circle. You’d have to space the vertices out evenly to get a circle again.

Thanks for the replies thus far! To help clarify what I’m referring to, here are some screenshots. The first one is how my mesh looks before I add the edge loop and the second is after. Notice the crease that is present in the latter. There’s no way that I’m the only person this happens to (and if I’m wrong about that, I’d love to know what to do differently). I’m just not sure the best way to keep it from happening or compensate for it, whichever the case may be. I know that it’s possible that I could sculpt it out, but I’m just not the best sculptor yet. (Especially when it comes to how to do it without deforming my mesh…) As I said, I’m pretty new to 3d, so it is entirely possible I’m just doing something incorrectly. Thanks again! 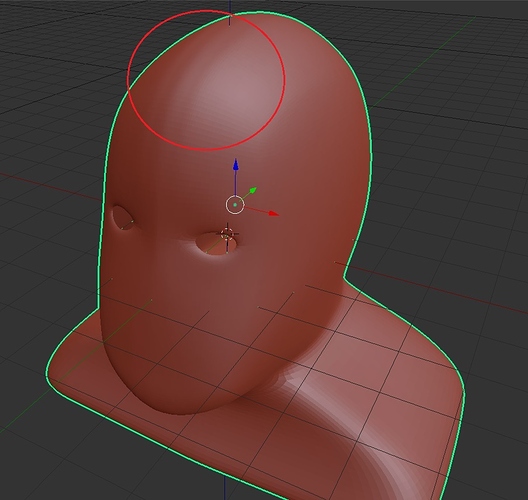 Here is what it looks like before - the only difference is the added edge loop. (Sorry, the forum only allows new users to post a single image so I had to put this in a different post.) 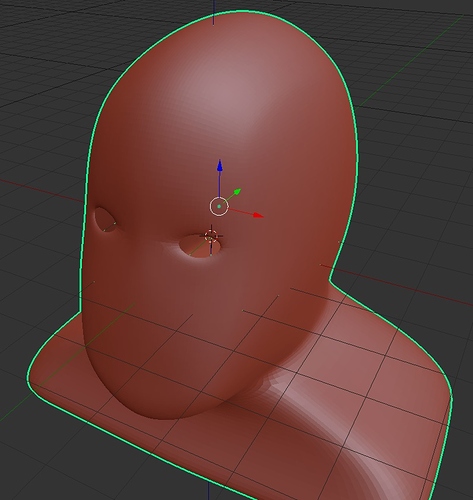 You mean to maintain the curvature, like with setting the smoothness in the loop cut and slide options? Good point, I wasn’t thinking of that since a face is usually made up of more complex plane changes and would require manual touchups anyhow.

The closer edges are to each other the sharper crease it causes. Keep them close only in places where you need a sharp edge.