Why i have this dark blue color on my bus model?
i dont have any materials

Half of the faces point “opposite” direction compared to other half.
In Edit mode - select all and Ctrl-N recalculate normals.

another problem
Why i have those lines 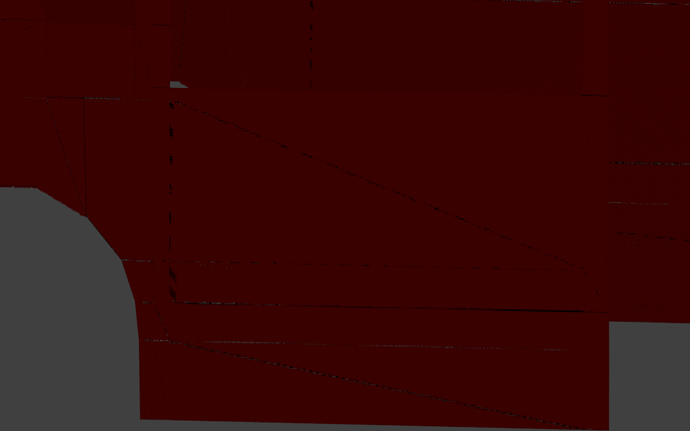 I am not sure did you meant that i need to add my .blend file. But here it is

I understood my 1. problem where it had that lines. And now its fixed.
2. problem i am pretty noob in blender so i didnt understood how i can fix it. And well i didnt really understood that problem what you meant with it, sorry

3. is there other way to delete those vertices which dont connect anything

and one more next time i will add .blend file
and is it possible that somebody or you will solve that mesh problem and clean them so there is not so many faces or vertices or something

And thanks for your help

It’s one of the non-manifold mesh errors. Nothing Blender specific either, here is the same explained on Autodesk Maya user guide
http://download.autodesk.com/us/maya/2010help/files/Glossary_N_nonmanifold_topology.htm 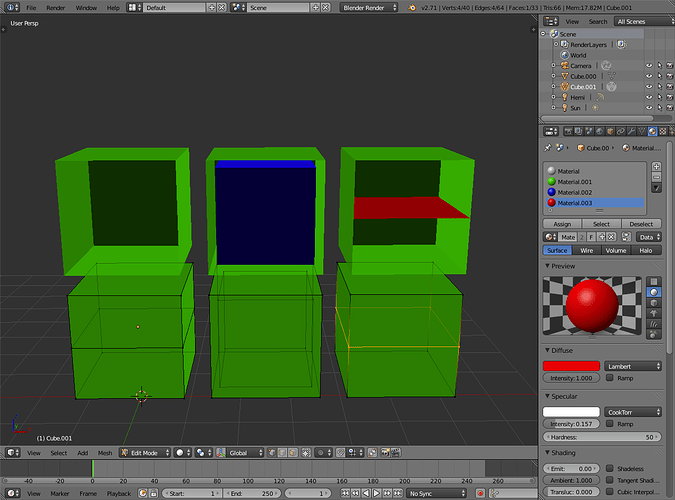 Top and bottom are the same but top is the inside view and bottom shows partially transparent wireframe. From left to right:

What you want to do is to find and remove faces that connect like that. Ctrl+alt+shift+M (or select menu -> non-manifold) is a good start that points out problem areas. Select menu -> interior faces also help but it won’t find all of them. Because you can’t have an edge that has more than two faces connected, could also use that to find them: edge select mode, select one edge that has 3 faces connected and then shift+G -> amount of faces around an edge.

Edit:
*** except in quantum mechanics