Good day everyone. As the title says, the topic of this thread is about how can be possible to model a ragged cloth without resorting to use textures and alphas. I want to understand if there is a way to do it during the most low-poly process.

Now the experimental subject. Actually I’m trying to make a hood but this hood has some tearing on the borders, like in my reference, here is how the ragged stylized torn borders would look like (to the right part of the image): The borders doesn’t need to be extremely accurate to the reference but at least, I want to create the most noticeable gaps, to give the feeling of a worn out cloth.
The small problem while I tried to make the teared parts by myself is that I ended with so many edge loops so close together that overwhelmed the rest of the hood, causing pinched edges that I were unable to smooth out (nor manually nor in Sculpting mode).

My thought is that I failed to accomplish this target because I might have done a bad approach to the problem (amateur fail), hence the final screwed up topology. After 4 hours straight trying to solve this, I thought to try to cut up the topology in the middle by extruding to prevent the edge loops to surround all the model but proved very wrong (the normals gone insane).

Is there anything we can do about this? I think this trick would encompass modeling any cloth in general and not only this hood (I still have a piece of loin-cloth to model the ragged ends of it plus a banner to hang on a pole and it would help a lot to know how to model this tricky part of the 3D model in general).

Thanks for reading. Modeling clothes is always a pain :spin:

For the normal just select everything, go into the “T” panel and click “recalculate normals”. You may need to do it twice to get it to work properly.

Thanks for the tip about how to Flip Normals, however the “extruding approach” I used to prevent the edge loops to go across all the model still is a bad idea, as you can see here: Well, somehow managed myself to get to what I wanted to get for the model. Instead of moving stuff around and causing more edge-loop madness, I selected the faces of the borders of the hood and extruded the parts that had the stylized cuts. Looks like the only way to get detailed ragged clothes in a low-poly stage IMHO, but well, I suppose there is a better way to do it. This is my way now. Topic solved. 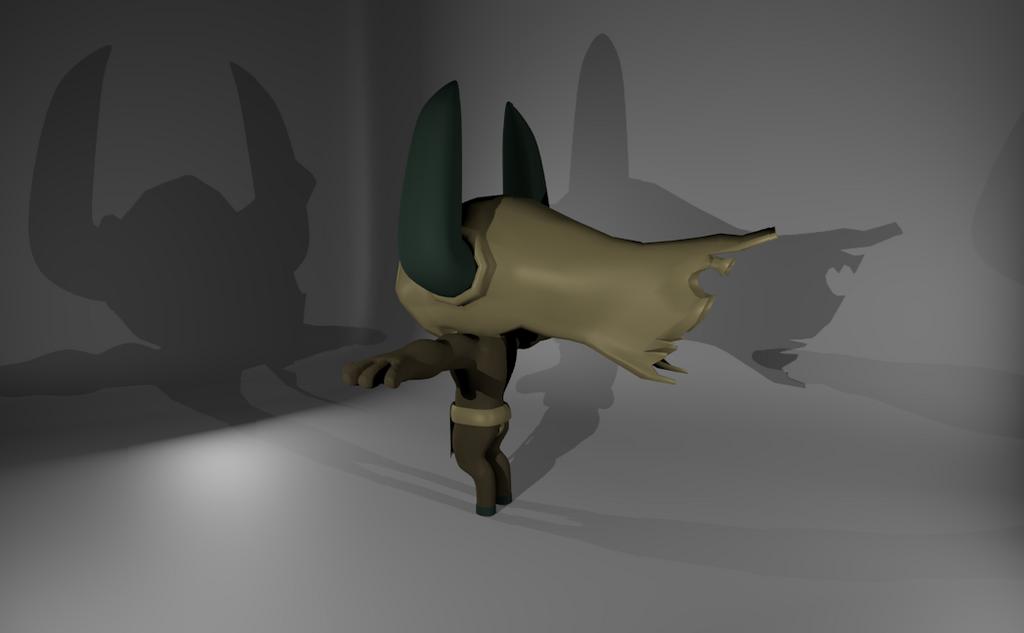