Modeling the Caduceus. Require some advice. 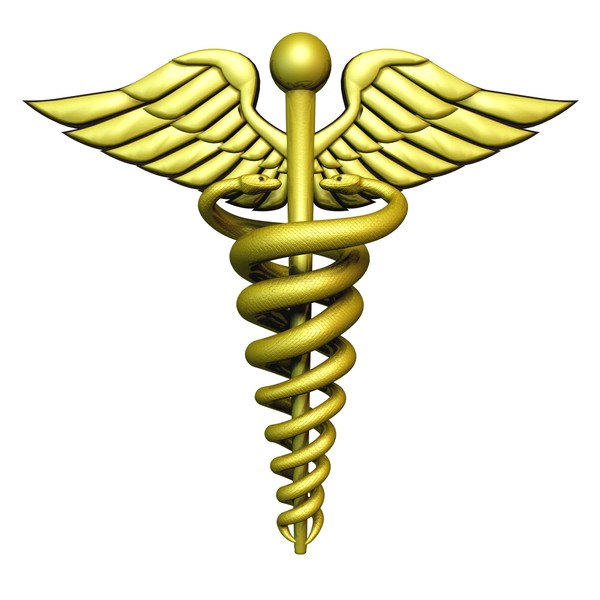 Hi there. I’m trying out various methods of getting this sort of pattern but i’m having trouble scaling the helix from one end to the other. To get the basic twist I’ve just used 2 basic circles and a screw modifier, I can’t get the taper though as it’s a uniform scale along the crew.

I’ve tried using a cone and skin wrapping the circles mesh (with the screw modifier) to it, this doesn’t work. I’ve also tried using a cone as a base, applying a screw modifier to a curve, skin wrapping that to the cone and then arraying a cylinder along the curve, the ‘screw’ aspect of the curve actually snaps to the cone in a manner I’d be happy with, it’s just that it doesn’t work as some really weird stuff happens with the curve when a screw mod is applied to it and I can’t apply the modifier and anything snapping to it will only snap to the non modified version. It’s a shame because the ‘screw’ curve winds up the cone perfectly. If only it was actually usable!

I’m a little stumped on how to make it apart from modeling it free hand which seems kinda of a let down. It feels like there ‘should’ be a way to do what I’m trying, I just haven’t figured out the right combination of steps yet.

Anyone got any ideas? 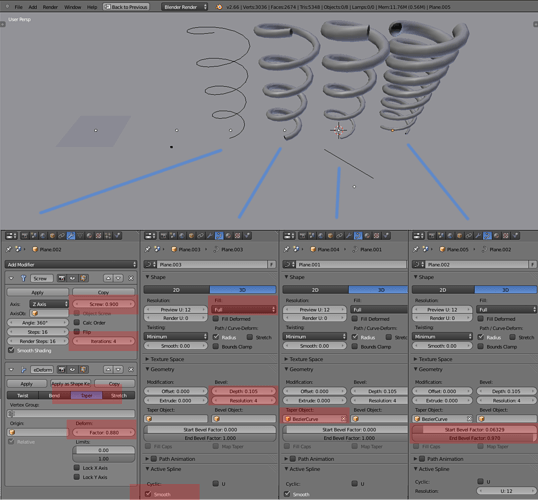 Or you could enable addon ‘add curve: extra objects’ from the user preferences and add a spiral or helix.