This is my first model(well other than tutorials I did), I am trying to figure out the best way to model the engine intake for this plane. I am working on a low poly model (as I develop games as a programmer and learning blender would be a good idea). 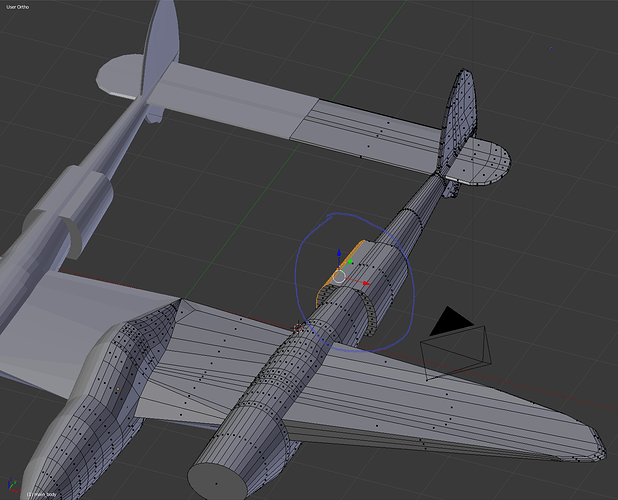 p38-model.PNG1516×1226 164 KB
This is the model i’ve done so far. I’ve circled the part I want modeled. I have two questions.Firstly, how to go about efficiently modeling this. I tried with ring cuts and it ended up messy. Secondly, How would you replicate the other side of the engine intake. I already have a mirror modifier on the model.
Here are some references: 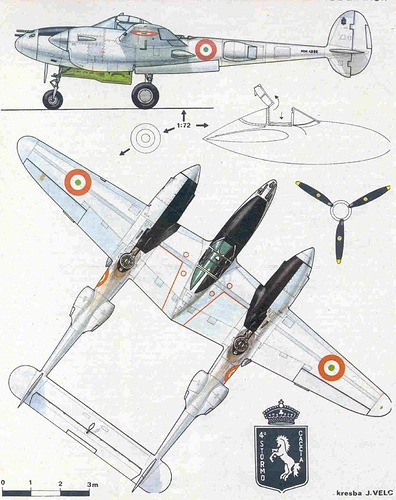 I’ve attached the blender file as well. Thanks for reading and any help provided would be awesome. Feedback on model, improvements would also be great.

You could quite liberally use separate mesh parts or separate objects to build the main forms. Then start modeling the final surfaces on top of all that, connecting where you need to, and keeping parts separate where they’re separate.

The air intake in the real one isn’t clearly separate, the surface connects smoothly to the main body at least at the top. If you want to model it like that, the forms curve in multiple directions and you would have hard time modeling it from one connected surface. Should be easier if you intersect two objects and then model another surface on top, and keeping the surface connected instead of adding separation line where they intersect.

The technique is called retopology. You could use face snapping to project vertices on other objects, there’s also shrinkwrap modifier to do the same. That way you should also be able to keep an eye on the density when approximating the different contours.

There’s also a middle ground. Projecting the closest vertices from the air intake on the main body from the side, and then connecting them.

My process for making this was making a cylinder for the tail, adding a loop cut for the start and end of where the intakes will be, selecting the faces of the cylinder within these loops, duplicating them, and moving them to the side until the offset looked about right and also so that the edges lined up where they intersect. You could scale it down too if you wanted, just make sure they still intersect on an edge because that’s the important part.

Next I selected the faces that were inside each other and deleted them, and then merged the vertices of the two cylinders together so it’s one piece.

Then I filled the holes in the side cylinder with an ngon to give myself a surface to work with. From there I selected the ngon, used inset face to give myself some edges, and deleted the ngon and kept the inset face procedure’s face loop on the edge, and repeated this on the other ngon cap, and then bridged them together straight. I put some edge loops inside the cylinder formed from the bridge as well just so I could scale them down because I thought the shape was supposed to get tighter inside.

Now to adjust the flow of the faces so that subdivision looks nice. At the moment you might be tempted to just put an edge loop before and after the cylinder, enable subdivision, and stop, but that’s not ideal. There’s a vertex with 6 edges connected and when subdivided this area looks a little messy, and it’s not too hard to clean up. I’m going to bring in some images because I’m not sure how to describe one part of it well.

So go ahead and add an edge loop before and after the start and end of the side cylinder like this: 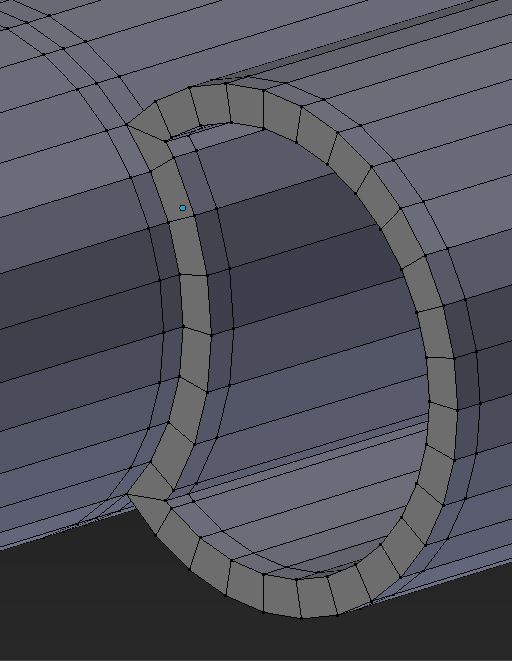 Select these vertices in this order 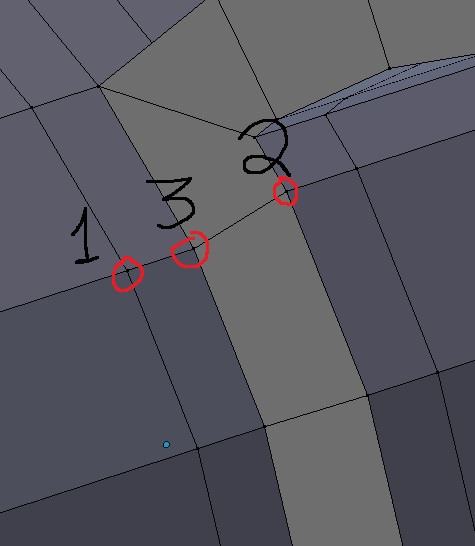 And hit Alt+M to use the Merge command and choose At Last.

Now select these edges, be sure to get the single edges on the top and bottom, and hit Ctrl+X to dissolve them.

And now your final subdivided shape should look like this. 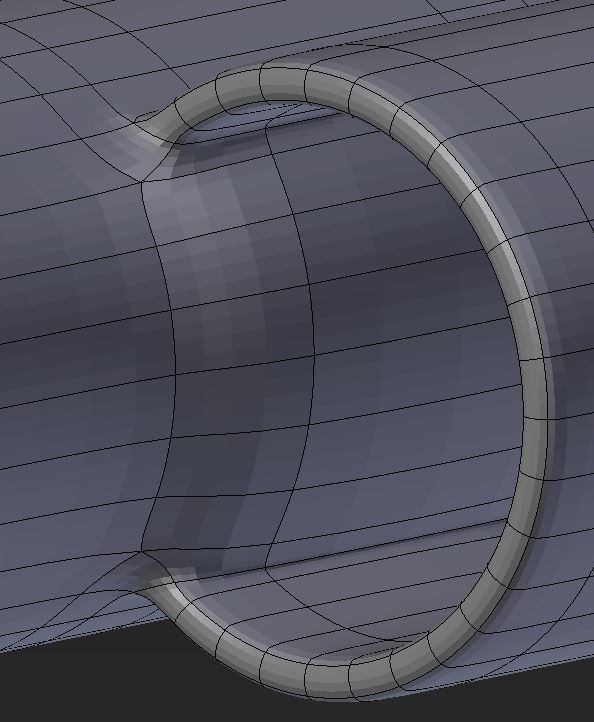 From there you can scale or move parts of it, add edge loops to adjust the shape, whatever you want. In the screenshot above I used the knife tool set to cut through the mesh by pressing Z to cut the cylinder’s side to look more like tapered end of the intake in the drawing, and as long as your vertex count doesn’t change (just by not changing the cut direction on a face and only click to change direction when locked onto an edge) the process will be the same.